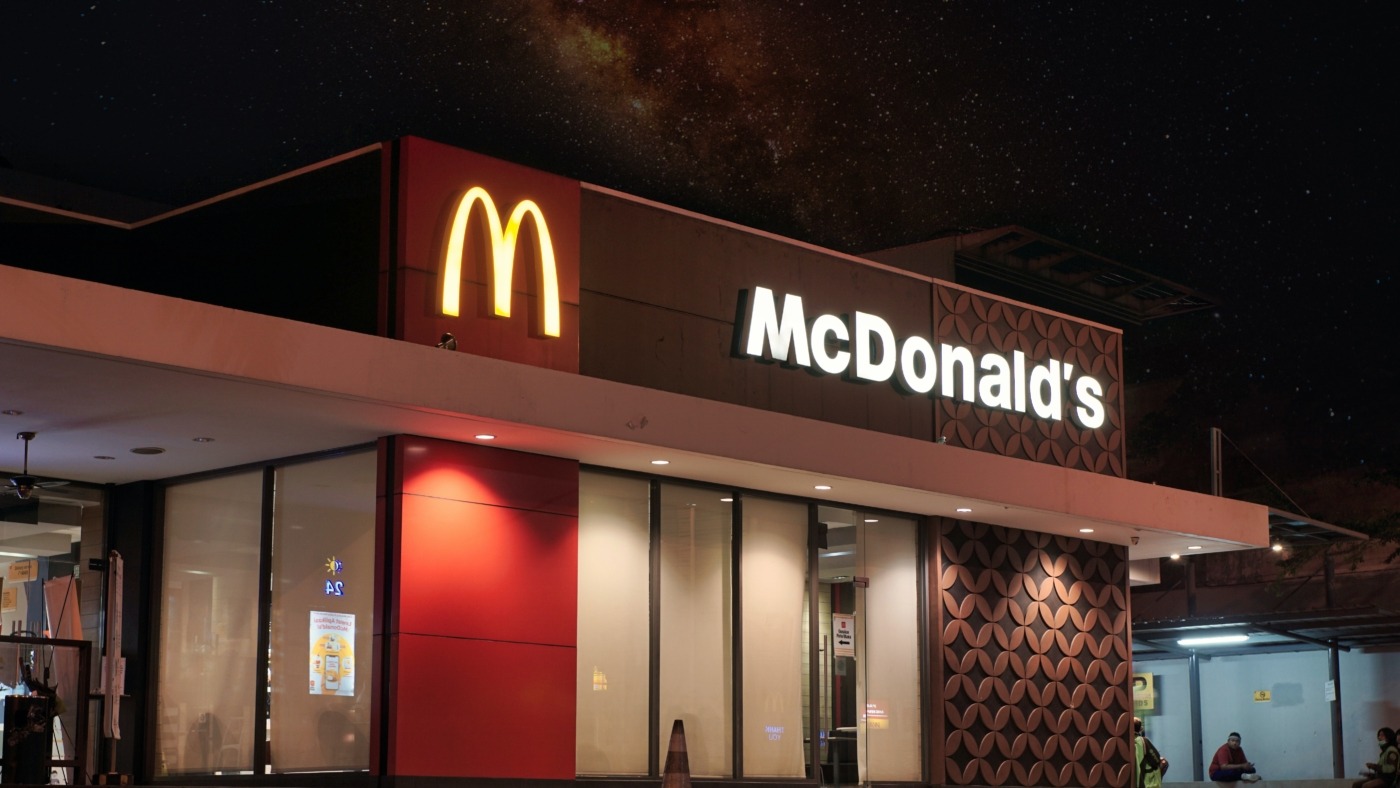 Despite being the City of Culture 2021, Coventry is a national trendsetter in very few ways. Until now. For reasons unknown, McDonald’s have chosen 10 stores in the Coventry area in which to release the brand new McPlant burger, a whopping two weeks before it is released across the rest of the country. This news is both bizarre and earth-shattering for hangover cure seeking vegans and vegetarians like me.

So of course, waking in a drunken stupor from JJ’s the night before, I had no choice but to drag myself out of bed and go and try one. And let me tell you, it did not disappoint. Made in collaboration with Beyond Meat®, the burger has the same greasy, unfulfilling, but objectively delicious feel as all its meaty counterparts. It comes with vegan cheese, vegan burger sauce, ketchup, mustard, lettuce, tomato and of course, God’s gift to man – the pickle.

For me, this is a real game-changer. All the post-lockdown night out anxiety has disappeared now that I know I can sink my teeth into one of these on the way home. If that weren’t good enough, it’s a whole lot cheaper than any of its competitors. The McDonalds burger, as part of a medium meal, will only set you back £4.99, compared to £6.99 at Burger King or £6.65 at Wetherspoons.

However, every time an announcement like this is made – think back to Greggs vegan sausage roll into 2019 – the public tends to be divided into three camps. The first group consists of excited vegetarians and vegans who are happy to welcome back some of the culinary comforts they’ve been missing. A notoriously vocal group, these are usually pretty easy to identify. When a girl with blue hair, a septum ring and a tote bag stepped in front of me in the McDonalds queue yesterday, I knew we were there for the same reason.

The second group is comprised of local blokes and Piers Morgan wannabes who are outraged when you suggest wanting to eat burgers and not wanting to eat dead animals are not mutually exclusive. The final group, however, is made up of vegans and environmentalists who believe that large, unethical, and unsustainable corporations such as McDonald’s launching vegan products are not something to celebrate.

Nevertheless, as someone who has been vegan for nearly 4 years, I am firmly team number 1. Over the last four years I have of course had countless conversations with friends, family and strangers about veganism and by far the most frequently uttered sentence is “I could never go vegan”. “I would miss cheese too much”, “What about chicken nuggets?”, “Isn’t it expensive?”, are the usual follow-ups.

It is not my personal opinion that everybody should go vegan, it is, however, an indisputable fact that reducing our global meat intake will help to slow climate change. Big brands like McDonald’s releasing tasty, easily accessible, and reasonably priced vegan options are something that benefits us all. So, whether you’re a tote bag wearing team one-er, a meat-obsessed member of team two, or a reluctant part of team three, I’d highly recommend you go and give the McPlant a try.