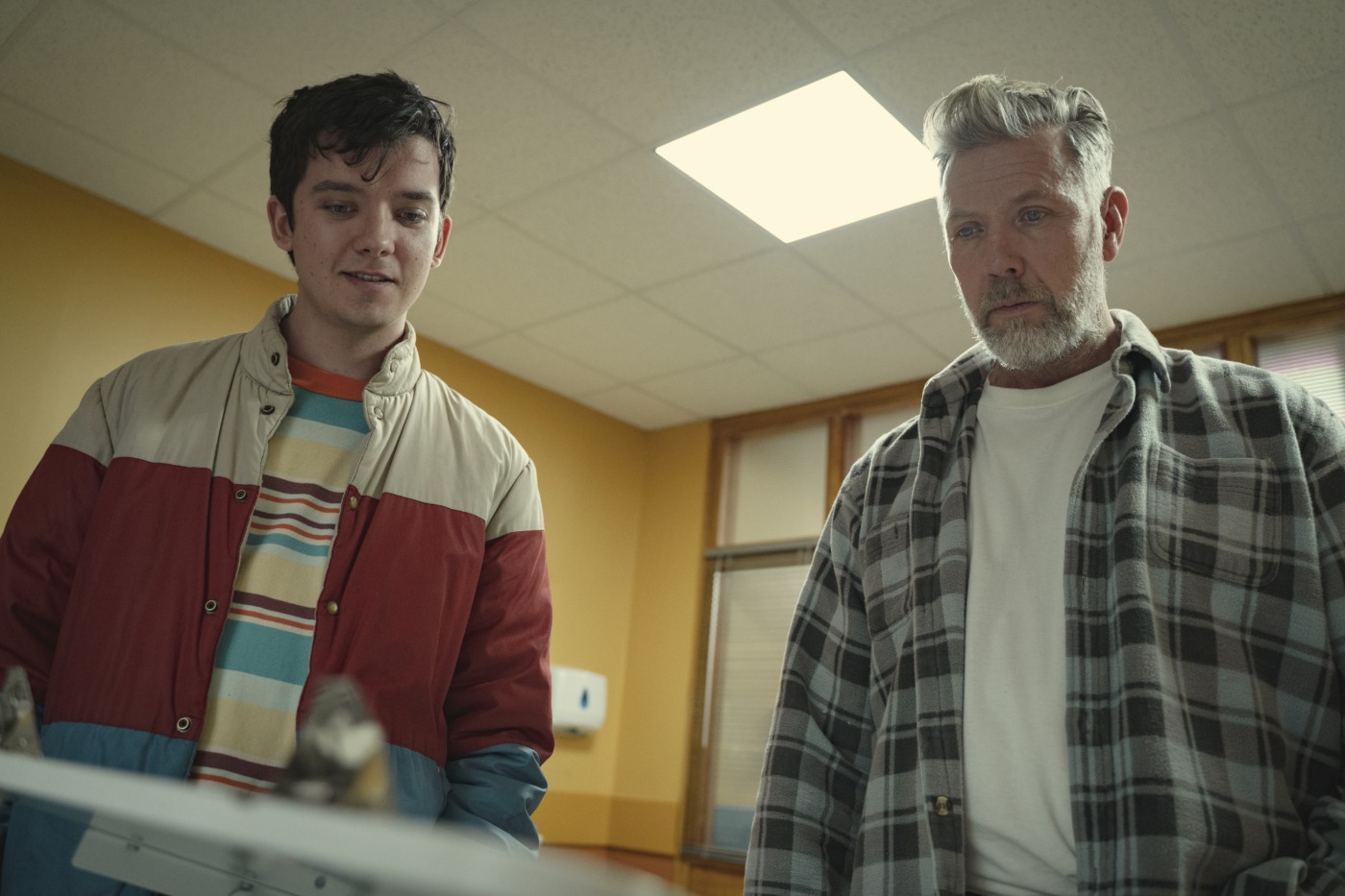 After an almost two year break, Netflix’s blockbuster series Sex Education is back. Following the insane success of the first season, and the equally high quality of the second, anticipation for this season has been considerable. But does this installment live up to the story so far?

So far the series has presented us with a continually expanding cast, giving once background characters their own plotlines and creating an ensemble full of far more real-feeling teenagers than many of its contemporaries. With a variety of plots taking place concurrently, this season keeps things interesting by introducing more characters and storylines and giving them equal, if not more, screen time than those we’ve become accustomed to seeing centre stage.

It would’ve been nice to see more interactions between the core female characters after their Breakfast Club-esque moment in season two, however very little interaction between characters in different subplots is seen.

Whilst on one hand this keeps the show from becoming stale, an issue that often crops up is that some plot points and characters get left behind. The season begins with Otis and Ruby’s relationship being one of the central elements of the story. But after the halfway point Ruby disappears almost completely from the plot, and for the most part reverts to being a convenient background figure. After fleshing out her character, and making her far more likeable and multifaceted in this season, this is a real shame.

Similarly, some characters’ relationships seem to have been abandoned. Again, due to the continually expanding cast and the restrictive demands of a cohesive plot, not every thread can be fully followed, but the complete lack of communication between some characters who appeared to be becoming friends earlier on in the story felt like a missed opportunity. It would’ve been nice to see more interactions between the core female characters after their Breakfast Club-esque moment in season two, however very little interaction between characters in different subplots is seen. Some groups seemed completely disparate from the rest of the cast, their stories only converging briefly towards the end of the season.

Some criticism has emerged in light of the dialogue. Whilst being praised in earlier seasons, some have found that this season’s script leans too far into the educational vein.

The acting quality is just as good as previous seasons, with Aimee Lou Wood delivering one of my favourite performances. The series’ basis in creating more complex versions of stock ‘teen movie’ tropes is perhaps at its most successful with her character (also named Aimee), with the ‘dumb blonde’ character becoming a multilayered, interesting, and much more real feeling person. The gradual reveal of each character to be more than they initially appear to be is something of a trademark for Sex Education. As Maeve says in season one, her “thing” is “complex female characters”, and the show certainly feels the same way.

Some criticism has emerged in light of the dialogue. Whilst being praised in earlier seasons, some have found that this season’s script leans too far into the educational vein. Of course, from the start this has been an important part of the show – as it educates its characters, it educates its viewers – however, for some this has become a little too oblique as of late. Despite this, season three delivers more trademark one-liners and reaction-image-ready scenes. The promotional Twitter account has even rebranded itself as “no context sex education” as a homage to the short and snappy dialogue.

Emotional moments felt a little more understated this season, with more small gestures than big displays. This isn’t always a bad thing – the continuation of Maeve and Otis’ will-they-won’t-they romance arc being demoted to subplot prevented it from becoming frustratingly immoveable. However, other plots felt like they weren’t given the space to be fully drawn out – likely another consequence of the many plates the series tries to keep spinning.

Season three of Sex Education was an enjoyable watch. Maybe not quite as hard to avoid bingeing as its previous seasons, but worth a watch nonetheless. It will be interesting to see where the show goes next and whether the core characters and plot of Sex Education will remain at its forefront. With only one year left at school for the Moordale students, will we follow Otis and the gang to their separate universities, or will they be trapped in amber in some hellish, never-ending Year 13? Only time will tell, but it’s certain that viewers won’t be looking away anytime soon.