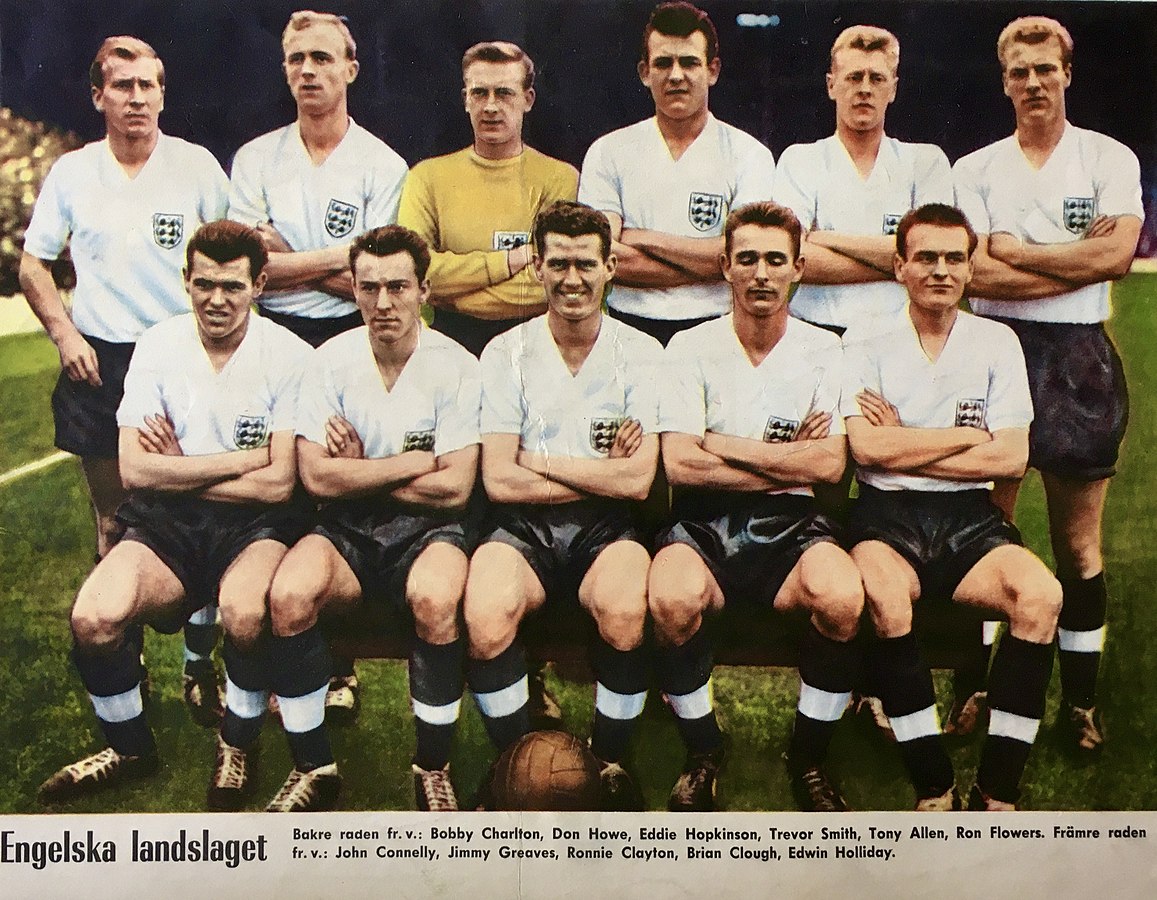 Image: Wikimedia Commons / Hesekiel Greaves is on the front row, second from the left

Jimmy Greaves: a life in football

Jimmy Greaves, who passed away at the age of 81, was widely viewed as one of the greatest attacking players of all time, and England’s finest ever forward. He was memorable for his exceptional control, speed, and of course his finishing. Paired with his footballing intelligence and capacity to work an angle and get free in the box, Greaves truly was a terrifying proposition for any defender to face.

He scored 44 goals in 57 caps for the English national team, and scored prolifically for the likes of Chelsea, Tottenham, and West Ham.

Although he was unfortunate to miss out on the starting lineup for the World Cup final in 1966, Greaves still danced on the pitch with his teammates as he and England’s finest lifted the famous trophy on home soil for the first time.

The Englishman began his professional career at Stamford Bridge when their famous scouting system picked him up from his hometown in Dagenham, and he made an outstanding start to life in the big time.

On his debut, at the age of 17, playing against Tottenham in the opening game of the First Division 1957/58 season, the youngster torched the Spurs defence repeatedly, and bagged himself a goal to secure Chelsea a draw away from home. He ended his inaugural season as a professional player with 22 league goals from 35 games.

Next season, Greaves’ numbers would continue to pick up, as he scored 32 goals in 42 games, not missing a match in the league season. It was in this year that Greaves married Irene Barden, who lives on today, caring for their four children, Lynn, Mitzi, Danny, and Andrew. He followed this with 29 in 40 the next season, before his most spectacular turnout in the 1960-61 season, with Greaves hitting the back of the net 41 times in just 40 league appearances, including five goals in a famous win over Wolves at Stamford Bridge.

His international career also reached new heights in this season, as he scored 13 goals in only eight matches for the national team.

It was at this time that he started attracting interest from the continent.

Milan and Roma went head to head for the signature of the young star, with Chelsea finally accepting Milan’s offer of £80,000 for the player – a sum so measly by modern standards it could be referred to as loose change by most of the world’s biggest clubs.

Chelsea quickly realised they’d made a mistake letting Greaves go, and tried to buy him back immediately for £95,000. Milan turned down the offer, but the Englishman was now reluctant to leave, holding an impromptu press conference on the England team plane to say he was going to stay at Chelsea.

Of course, he couldn’t, and off to Milan he went. He was evidently unhappy with the style of play over in Italy, favouring the more expressive, less disciplined English game to the stricter nature of the Italian league. Despite his unhappiness, miraculously, Greaves still managed nine goals in the 10 Serie A games he played in Milan, before the disgruntled striker was allowed to return to London just a few months later for a fee just short of £100,000.

However, Greaves would not be returning to Chelsea, but rather to their cross town rivals, Tottenham Hotspur, the team he made his first team debut against a few years prior.

Continuing tradition, he also scored on his debut for the Lilywhites. In his first season there, he helped Spurs retain the FA Cup by scoring the first in a Wembley final against Burnley, before putting two past Atlético Madrid in a European Cup Winners’ Cup final at the beginning of next season.

The striker went on to hit 23+ goals in six of the next seven seasons, with a rare dip to 15 coming as a result of him contracting jaundice. He became Spurs’ all time top scorer in March of 1970 with 220 league goals, before moving to West Ham in an exchange deal with Martin Peters.

It was after this point that Jimmy Greaves entered a darker period of his career and life in general.

Having lost his much of his motivation to play after being left out of the England world cup squad in 1970, Greaves turned to alcohol to work through his struggles. He played only 40 games for the Hammers and retired at the age of 31 just a year after joining them.

He returned to play for Brentwood, Chelmsford City, Barnet and Woodford Town in non-league football, but never made a serious commitment to any footballing institution. In an interview, Greaves admitted that he “lost the 1970s completely” to drunkenness.

He slowly emerged from his dark period, however, taking up a role as a pundit with former Liverpool player Ian St John, striking up a brilliantly lovable partnership on their Saint and Greavsie show.

For seven years, the pair entertained enormous audiences with their jovial approach to the show, before Sky effectively put them both into retirement through their hoovering up of the TV rights during the emergence of the Premier League.

Greaves suffered a stroke in 2015, but survived and was appointed MBE in January 2021.

He will be bitterly missed within the footballing community, despite his occasional dips, he shall live long in the memory as one of the greatest footballers England have ever produced.