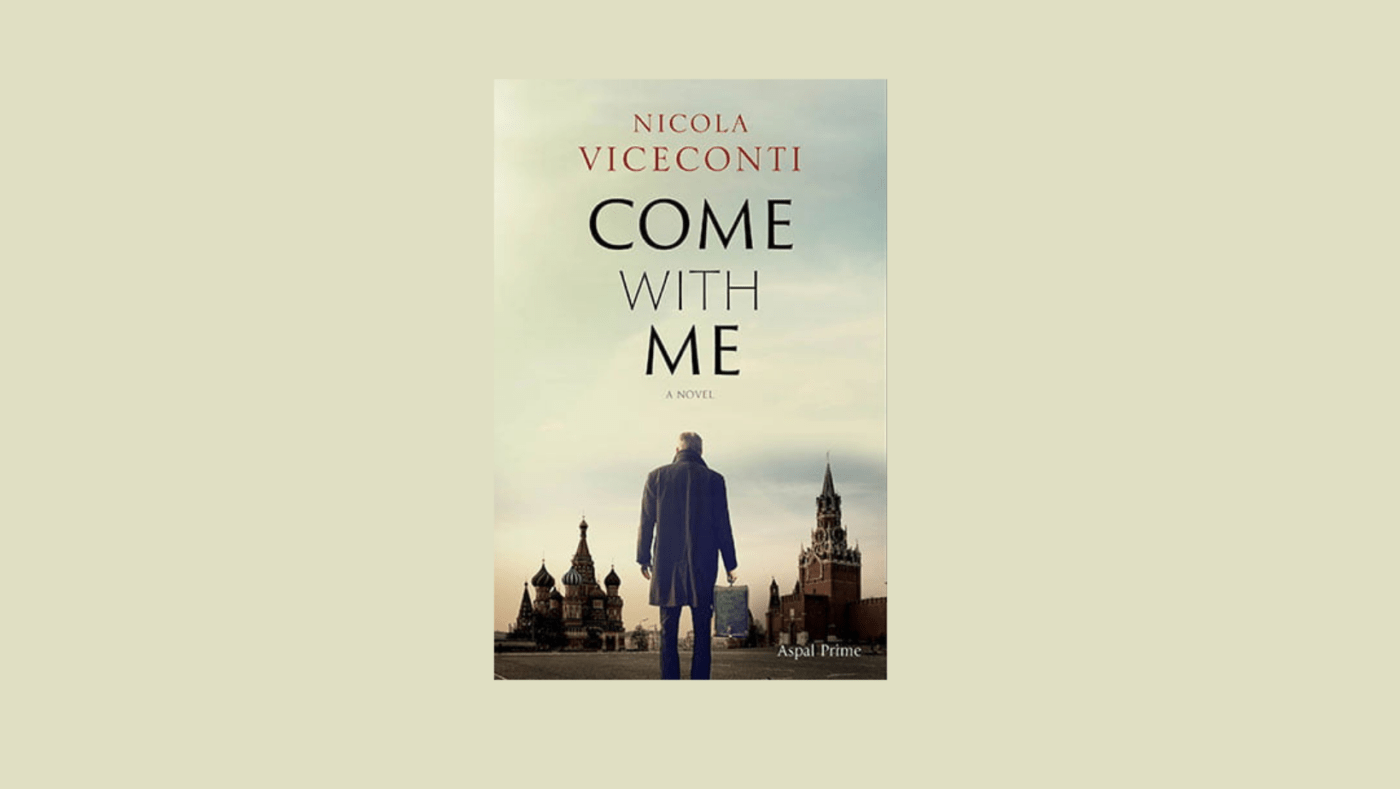 Come with Me by Nicola Viceconti Review: a moving and meaningful read filled with memories and morals

A new edition of Nicola Viceconti’s Vieni Via, translated from the original Italian into English, is a window into the political and personal legacies of late twentieth-century Europe. An emotional tale of identity, ideology, and longing, this story of one man on his travels reveals so much more than just the physical journey he takes.

Professor Franco Solfi, a former Italian communist now living in France, decides to tidy his cellar with the help of his reliable housekeeper, Faustine. Stepping into the dusty room, he’s transported back to the life he once lived and the person he once was. Upon examining the contents of an old coat, he comes face to face with his painful past. A message in the coat’s pocket reads “They’re coming. They’re going to take me to Vladivostock. Come and get me.” The message is from Irina, the love of his life that he once thought dead. Ignited with hope, yearning, and excitement, Franco embarks on a journey to find the woman that meant the world to him, passing the relics of a communist era on her trail. His determination shows what it’s like to love and be loved – even in the face of adversity.

Some feelings and beliefs remain rooted, and are never-changing, like the love for special people in our lives, while others are more fluid, such as ideology, as our perspectives on the world change

While the descriptive writing filled with similes and metaphors felt heavy at first, deeper into the book I realised the beauty in the phrases, translated by Laura Bennett. The book is only 176 pages long – there’s no need to rush through it like you might with another book of a similar length.  Taking the time to understand what Franco is telling us, in all its depth, and thoughtfulness is well worth it.

Nicola Viceconti’s status as a Sociologist interested in Latin America shines through during Come With Me. Having an older protagonist allows for reminiscence of a time not too distant from now, retrospection that’s not common amongst popular novels. While the story is told in the present day, 2015, through Franco’s fragmented memories of the past we are taken to Soviet Russia and Communist gatherings in post-war Italy. The fact that all of these moments are within living memory drives home how connected we are to the past, and to the rest of the world – we see the lives of communists in Latin America and their connections with their European counterparts, bringing politics to life in a way that many, myself included, have not experienced before. History textbooks have a tendency of detaching the reader from the individual(s) being discussed, so it is refreshing to hear a story, although fictional, that allows for connection between a reader and a period in time.

Franco’s vibrant and varied journey towards a beloved memory is moving, educational, and insightful

The final chapters of the book, without giving too much away, add depth to Come With Me, and are particularly moving. They make the book a profoundly human story, and remind us of the practicalities and realities of loving someone so dearly, for so long. Some feelings and beliefs remain rooted, and are never-changing, like the love for special people in our lives, while others are more fluid, such as ideology, as our perspectives on the world change.

While ideology drew Franco and Irina together, it ultimately pushed them apart, and the exploration of this, and love, is what makes the book worth reading. Franco’s vibrant and varied journey towards a beloved memory is moving, educational, and insightful.

Come With Me, by Nicola Viceconti and translated from Italian by Laura Bennett, was published by Aspal Prime in September 2021 and is available from bookshops and internet outlets. More information can be found here.