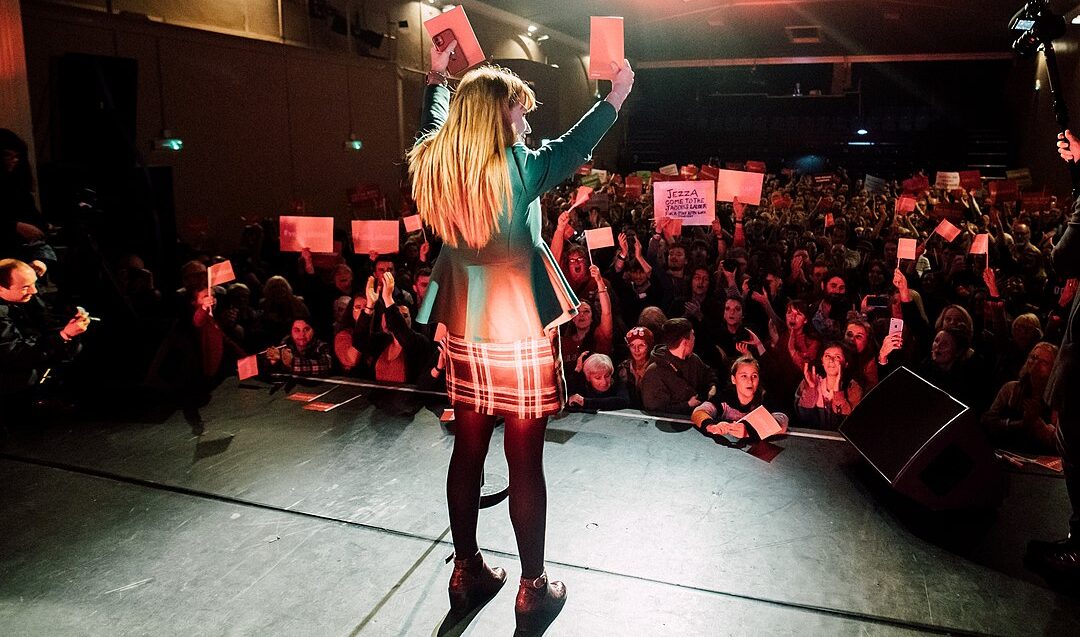 Angela Rayner, the deputy Labour leader and MP for Ashton-under-Lyne, recently made headlines for describing the conservative party as “a bunch of scum” at a labour conference reception. Many, mainly Tories, have taken objection to this description under the argument that it makes political discussions undignified and catty.  But I would like to put forward an argument, which is that these objections are focusing on the wrong part of her speech, and fit into a pattern of the left being held to a different standard to the right.

Since the speech, people have argued that the choice of words was just the result of Rayner being drunk, such as Michael Gove who said he was sure she would admit she made a mistake. How anyone has come to this opinion is bizarre to me as its clear, whether you agree with her wording or not, that it certainly wasn’t a ‘mistake’ or solely due to alcohol. At many points in the last few years she has been caught calling the Tories scum, this could even be seen in the houses of parliament when the speaker heard her shout it and she was asked not to use such language. She even doubled down on her claim in a sky interview following the event by saying “anyone who leaves children hungry during a pandemic… I think that’s pretty scummy”.  So, I think it’s important to leave behind any opinion which suggests that her words should be ignored just because of the setting she said them in.

One rule for the left, and another for the right

One person whose opinion of the event seems muddled is Keir Starmer, the current Labour leader. He repeatedly said in an interview with Andrew Marr that it was “not language I would use” but said an apology would not be for him to expect but only a matter for Rayner herself. I think anyone who has been following Starmer’s leadership will be unsurprised by his response, as it fits into a pattern of indecisiveness and a need to not say anything that might be considered controversial. Instead, he says a bit of everything in hopes that both voters on the left and the right can find something they relate to. While he says they’re not words he would use, which is understandable as he wouldn’t want to attack all Tory voters, Rayner can at least be complimented for having something Starmer doesn’t have: integrity.

The main problem I pick with the arguments suggesting that Rayner was wrong is the lack of consistency. There is an abundance of irony in Tories saying Rayner was undignified while they support Boris Johnson who has built his whole political career on being just that. The one thing that voters seem to like about Johnson so much is his inability to form a dignified sentence and that he seems to “say what he thinks”. Voters tend to find him endearing because of how problematic he is, yet demonize the left when they are also problematic. One rule for the left, and another for the right. For example, we can look to Diane Abbot’s career, where she has been painted by the media and others as being untrustworthy and dumb, for simply just being a black woman in the realm of politics. When she was caught enjoying a drink on a train, the media exploded and many even suggested she was unfit to be an MP, yet Johnson could become prime minister with a long history of racist, homophobic, and misogynistic comments. I simply ask those who criticise Angela Rayner, what is more problematic, the use of the word ‘scum’ to describe people who are leaving children hungry and attempting to roll back transgender rights, or Boris Johnson saying gay men are “tank-topped bum boys” for example.

As I said, this fits into the wider pattern of the media and others demonizing the left to ignore the content of their arguments and this is a prime example of it. All news outlets are focusing on the use of the word ‘scum’ instead of discussing why she felt so passionately that the Tories be called it. No one seems to be focusing on the words that proceeded it, where she insisted the Tories are also homophobic, misogynistic, and Etonian. Perhaps having a debate on whether this is true or not would be more valuable, but many want to devalue Rayner’s concerns by displaying her as rude woman who shouldn’t be listened to.