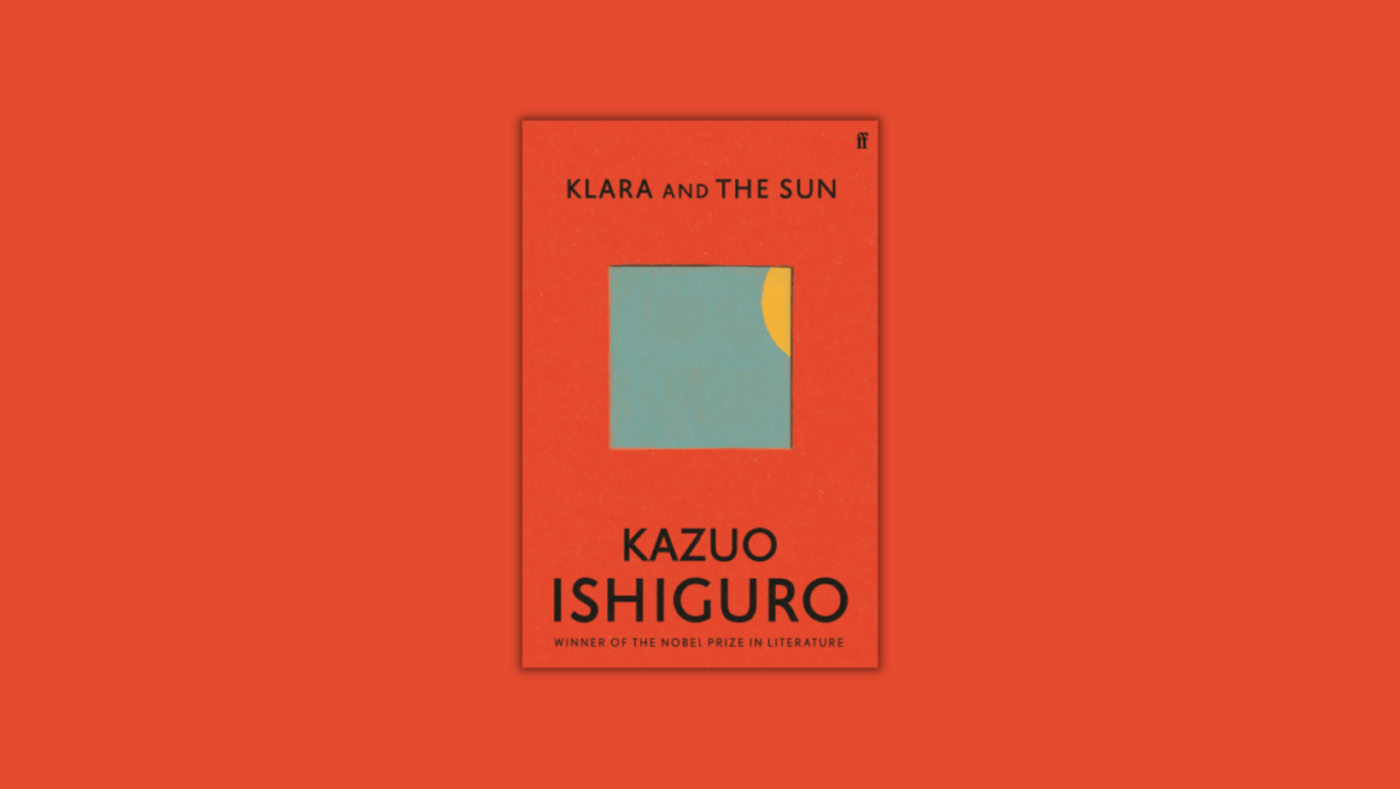 Klara and the Sun ends a six-year wait since Ishiguro wrote The Buried Giant in 2015. Much has happened since then, but two things in particular: firstly, Ishiguro won the Nobel prize in 2017 (beating out perennial contender Murakami), and secondly, the Covid-19 pandemic happened, which echoes in the themes explored in this latest novel.

Klara and the Sun is a sci-fi novel, but far from the fantastical works of Frank Herbert or Douglas Adams, it is a realistic work, about people like us in a society not far removed from ours. “Artificial Friends” (AF) provide children with company during their home learning, which occurs via screen, and higher education places are extremely limited to those who have been “lifted”, a mysterious medical procedure which the reader will be keen to find more about.

Klara’s story is about desire and wanting and chasing things, and then also about her unbending faith in the power of the sun, which would be religious in quality were it not so plainly serious

Ishiguro wastes no time before using his newfound liberty as 2017’s Nobel Laureate in Literature to experiment with his prose: the first chapters are particularly opaque as the world is described to us in terms of “boxes”. These are left entirely unexplained for the reader to figure out, but seem to describe how Klara digitally renders the world, and we also find out that these boxes interact with “lifted” children. In this indirect manner we soon find out that Klara is, of course, an android, and we’re introduced to the child whose AF she is to be: Josie.

Futuristic new playthings in the form of androids and gene-editing are by no means enough to keep Ishiguro from indulging his preoccupation with class, something which more heavily underpins his historical novels including The Remains of the Day and When We Were Orphans. In Klara and the Sun, Ishiguro discusses the doings of the upper-class of his futuristic society with the reader, and this is revealed through hints that the characters we follow aren’t everyday citizens. The implications of class status, namely the ability or choice to interact with technology, are explored tantalizingly, and then left for the reader to reflect on.

The strangest thing however which I found myself asking as a reader – and I wonder if this was intentional on Ishiguro’s part – was “why do I relate so much more with Klara than with the human characters in the novel?” Despite being an android who depends on solar power, Klara’s thought processes, which we are privy to through her first-person narrative, are endearingly human. Upon watching a sleeping drunk man and his dog (who she supposes are both dead) revived by the sun in the morning, she concludes that the sun must have given his special attention to help them. As with other deductions she makes about the world in childlike naivety, she is wrong (in a realistic reading of the book, anyway – the joy is that it has many layers!), but isn’t that often the same with us people, too? Even her awkwardness about where to stand in a room when not required will be familiar to more socially awkward, bookish readers.

The implications of class status, namely the ability or choice to interact with technology, are explored tantalizingly, and then left for the reader to reflect on

What I think is most human about Klara, however, is her goal-seeking. In fact, I’m convinced of it. Her desire to look after Josie, and to see her get better when she is ill, is the most human thing that happens in the book. Klara’s story is about desire and wanting and chasing things, and then also about her unbending faith in the power of the sun, which would be religious in quality were it not so plainly serious.

It is also interesting to note that Klara and the Sun marks Ishiguro’s first return to science fiction since 2005’s critically acclaimed Never Let Me Go. I wonder how Klara will be seen five years from now, given it is due to receive the same Hollywood treatment that Never Let Me Go received in 2010. Will Klara translate better to screen than Never Let me Go did? Will it be a mainstay of English curriculums like Never became? And even, (here my favouritism betrays itself) how many more great sci-fi novels does Ishiguro have to write to ensure his name is remembered as a coloss alongside Ray Bradbury and Arthur C. Clarke? Surely he has one more great sci-fi novel left in him still? Even though I have been left with these questions, one thing’s for certain: Klara and the Sun is a sci-fi tour de force that further solidifies Ishiguro’s status as a master wordsmith.