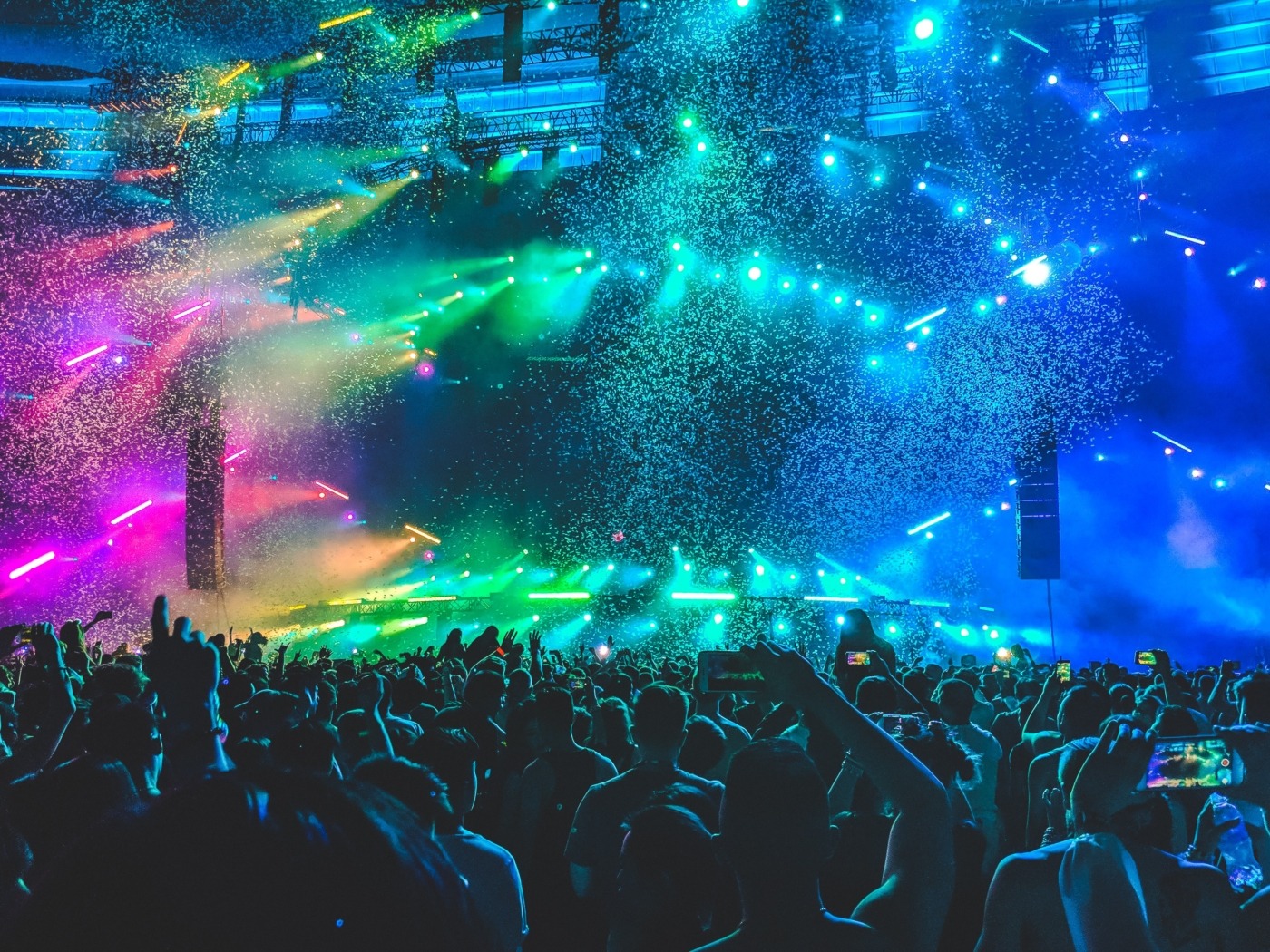 With the world ‘opening up’, live music entertainment will be returning, and for most this is great news, gigs being a perfect way to enjoy music, socialise, and unwind. As an autistic person, gigs can be a mix of sensory hell and stim heaven: full of loud noises, bright lights, and crowded spaces, but also a safe space to stim without it seeming too out of the ordinary. Personally, I am looking forward to my first gig following the relaxing of restrictions, but it will not be without anxiety. Not only will it be my first gig since the start of the pandemic, but it will also be the first gig since my diagnosis of autism.

Live music has been a constant throughout my life. My parents would always take me to events as a child, my sister played in an orchestra, and I myself played bass guitar and would perform in a youth rock band set up by a Saturday music school I attended. Attending my sister’s orchestra concerts is my first experience of live music that I can remember, and I can recall enjoying it, but leaving with intense headaches, which I now understand to be a manifestation of sensory irritability for me. I often wonder, had I known I was autistic at this time, would my parents have suggested I wear ear defenders, and would that have been perceived as rude by others, if I had? The world has come a long way in terms of awareness about disabilities and neurodivergence, but still I am left with anxiety about people with less knowledge on autism perceiving me as rude, simply for accommodating my own needs.

As a young teenager, I developed a special interest in the band twenty one pilots. I listened to all their music on repeat, had a fan account dedicated to them, and at 14 I secured tickets to the London stop of their Emotional Roadshow tour. I was so excited. This was my first gig without my parents – I was going with a friend from school who also was a huge fan of their music, and the idea of seeing the band I had become so obsessed with in the flesh excited me massively. I remember the day well. It was on a Friday, I had school that day, and I could not wait to get home so I could stylise my make-up to look like the drummer of the band, Josh Dun – I smeared red face paint under my eyes, popped on my merch, and I was ready to go.

The gig was in Alexandra Palace, an all-standing venue, and the first thing I can remember was the queue. In front of us were two Scottish teenagers, around our age, maybe a bit older than us. They began to chat to us, and my friend chatted back, and this was the first issue I faced at a gig on account of my autism. I could not chat to these new people as easily as my friend. It was impossible to work out when my turn was to come into my conversation, what to even say to these strangers – I could talk about the band, but I was afraid I would talk too much, or I would say something inaccurate.

if I had known that security is appropriately trained to deal with certain situations, maybe I would have felt more comfortable asking for help, instead of feeling scared, or embarrassed

These are all ways in which my autism manifests, and are examples of misunderstanding neurotypical social cues, and differing of communication styles between allistic (non-autistic) people and autistic people. The issue of my communication differences could not be helped, and I am not entirely sure if any accommodation could be made to change my issues in that area. However, it is something to be mentioned – gigs are a social event, there are a lot of people, a lot of strangers, all in one space.

When we finally reached the venue, the main hall slowly began to fill up, and I found myself squashed into the centre of the venue. To my friend, this was great news – it was essentially the mosh pit, which should be great fun, and it was, for a small part of the support act. At some point between the support act and the main act coming on stage, my friend and I got split up, and I found myself next to a couple. They were taller than me, and my side was elbow height of the girl next to me. Throughout the evening, she kept accidentally elbowing me, and that caused me great discomfort, given I suffer from sensory sensitivity to physical touch.

Eventually, I got overwhelmed, and suffered what I now know to be a shutdown – an experience where an autistic person partially or completely withdraws from the world around them. Realistically, I should have found security and asked for help, but I had not known if they would be sympathetic, what training they had to deal with issues like mine, on top of not fully understanding what was going on in my brain, as I was without a diagnosis at this point. I am not sure what training gig security gets surrounding disability and neurodivergence, but I believe it should not be a secret – if I had known that security is appropriately trained to deal with certain situations, maybe I would have felt more comfortable asking for help, instead of feeling scared, or embarrassed.

Despite these negative experiences, I really enjoyed the gig. It gave me a space to dance and jump and enjoy myself without being judged. It was a room filled with people who were also fans of my favourite band, it was a place to finally see and hear my favourite musicians in the flesh. The next day, sure enough, I said to my friend that I desperately wanted to go to another concert, and that we should go to another when we get the opportunity.

With items such as the sunflower lanyard, that lets people know of invisible disabilities, the world is becoming more aware of our struggles as autistic people

I also experienced live music as the performer, which is a point of view that should not be ignored. Many autistic people develop interests in creating and performing music – for me, that interest was in bass guitar. Through my time in a youth rock band, I performed in multiple concert and gig settings, a few being regular showcases for the Saturday music school I attended, and others being charity gigs that we had been asked to do. Hearing of autistic traits, you may assume performing would be difficult for an autistic person, but for me it always felt amazing.

Despite the night always ending in a migraine for me, I would really enjoy being on stage, creating music with my bandmates, and dancing around without realising I was doing it. Afterwards, I would get strangers telling me how great I was – as an autistic performer, it is a unique experience, but a good one. In these instances, I did not use any earplugs to protect myself from the loud drums and amps, but in future if I perform on stage, I will use some special earplugs by the brand Calmer, which work by filtering out certain noises to aid sensory sensitivity. This is an accommodation I have to make myself, but awareness of these earplugs could really help other musicians that suffer from sensory issues.

Of course, not all autistic experiences are the same. We all have different traits that manifest in different ways, so it would not be the full picture to only include my experiences. Charlotte, another autistic music fan, shared with me her account of attending festivals, and how some of her negative experiences could have been improved. Her experiences in live music events often ended with her feeling “overwhelmed and trapped,” leading her to cry in the middle of crowds and feel “extremely panicked and disorientated.” She said that perhaps a designated quiet space, especially in festivals, could be valuable, that it would give neurodiverse individuals a place to take a break if big crowds and big sounds become overwhelming. She also expressed a similar sentiment as me surrounding improved training for staff around issues that may affect autistic people.

With items such as the sunflower lanyard that lets people know of invisible disabilities, the world is becoming more aware of our struggles as autistic people. This gives me, as an autistic person, hope that accommodations will be made to make us more comfortable in situations. I love attending live music events and would hate to be excluded from them just because I sometimes have issues. It is clear that right now, there are obvious reasons why an autistic person may become overwhelmed at gigs, concerts and festivals, and there are things that venues, autistic individuals, and the wider neurotypical population can do to accommodate these issues. 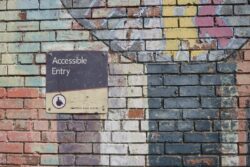 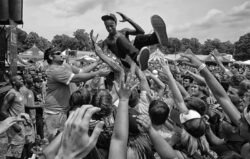 Why I won’t miss the mosh pit 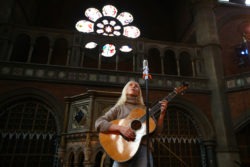 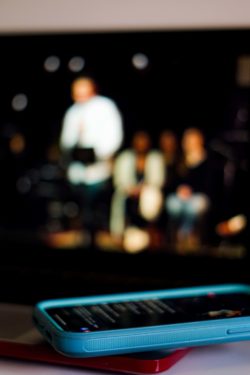