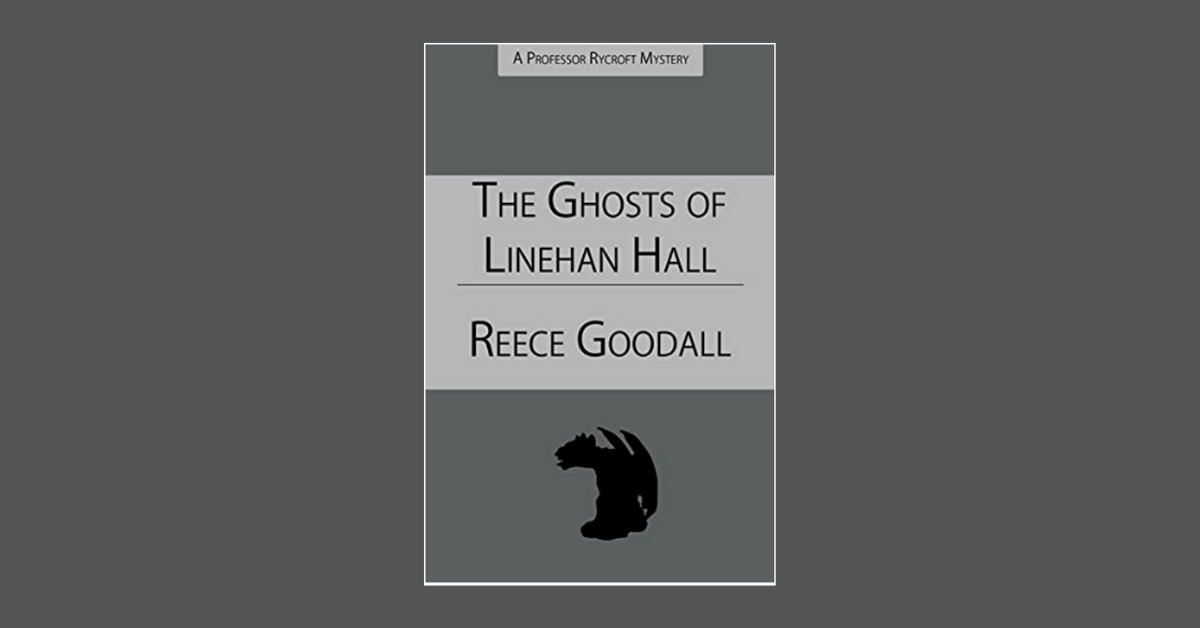 Reece Goodall’s ‘The Ghosts of Linehan Hall’ is hauntingly gripping

Warwick’s own Reece Goodall keeps you guessing until the final page in the latest iteration of his Professor Rycroft Mystery series, a collection that sees the synonymous detective solve the most puzzling of crimes. Friendships are tested and past memories dredged as a horrifying truth comes to light, in a rather spooky setting, in very suspicious circumstances.

Professor Rycroft, detective and academic, isn’t one to concern himself with the paranormal. In fact, he’d much prefer to focus on the real, the material, the provable, and the work he does helping Ambrose police force crack their toughest cases is just that.

Ned Emerson is heading up a team of parapsychic investigators flying in from America, looking to put their theories and equipment to good use. Their chosen location? The derelict Linehan Hall. Once the lavish ancestral home of the Linehan family, it is now marred by the tragic death of a scullery maid who served the family many years ago.

As the team tries to capture the cries of this long-dead damsel, the events of a past research trip to the Hall play on their mind. Emerson is no stranger to some controversy when it comes to his work, but the discovery of a warning note accompanied by a bloody heart is enough to get Professor Rycroft interested.

However, when a member of the team of investigators is found dead, it becomes apparent that the ghost of the crying maid isn’t the only ghost that’ll haunt the research team. A murder mystery with the genre’s trademark twists and turns manages to breathe new life into the classic whodunnit, subverting expectations to reveal a truth unexpected and shocking.

The classic murder mystery has appeared on screens and pages countless times, yet Goodall’s marrying of the paranormal and the perplexing creates something new, something unexpected, that doesn’t miss a beat

Like many frequenters of the murder mystery genre, I like to think that I’m pretty good at guessing who the culprit is. I’ll go into the read with hubris and high expectations of my own detective skills, only to be proved completely wrong. This was one of those books. I oscillated from being sure I knew what happened and who’d done it, to being proved wrong time and time again. The latter moments, times when my inner detective was crushed to the ground, are what pulls me back to the genre time and time again.

Just as the reader thinks that they’re starting to build a theory and see a motive, Goodall makes them question anything and everything they thought they’d solve. The final resolution is particularly clever, and I’d challenge even the most astute crime readers to try their hand at solving this mystery. While I’ll certainly be digging into the other books in the series soon, you won’t be left confused if you decide to dive into the series by starting with this book.

If the cast of characters in a crime novel is too small, then it’s not surprising when the reveal is made – the web of relationships between characters is limited, and readers have probably considered every character as the criminal. Make it too big, and when we find out who did it, readers will just say “who?” rather than feel shocked and entertained. Goodall manages to find the golden mean between these two extremes – there’s enough people to sustain the story, but not too many that we don’t feel like we know them. The reservedness of Maria Coppola draws you in, while Dr. Cairns’s warmness makes you question whether such a person is capable of criminality. Everyone felt purposefully and purposely placed, and by the final page, I felt well-acquainted with even the slightest of side characters.

A murder mystery with the genre’s trademark twists and turns manages to breathe new life into the classic whodunnit, subverting expectations to reveal a truth unexpected and shocking

The classic murder mystery has appeared on screens and pages countless times, yet Goodall’s marrying of the paranormal and the perplexing creates something new, something unexpected, that doesn’t miss a beat.  It’s not everyday that you get to read a book published by a current Boar writer, and is testament to the talent among us.

The Ghosts of Linehan Hall was provided to The Boar in exchange for an honest review. It was self-published on 11 August 2021 and is available to purchase here.