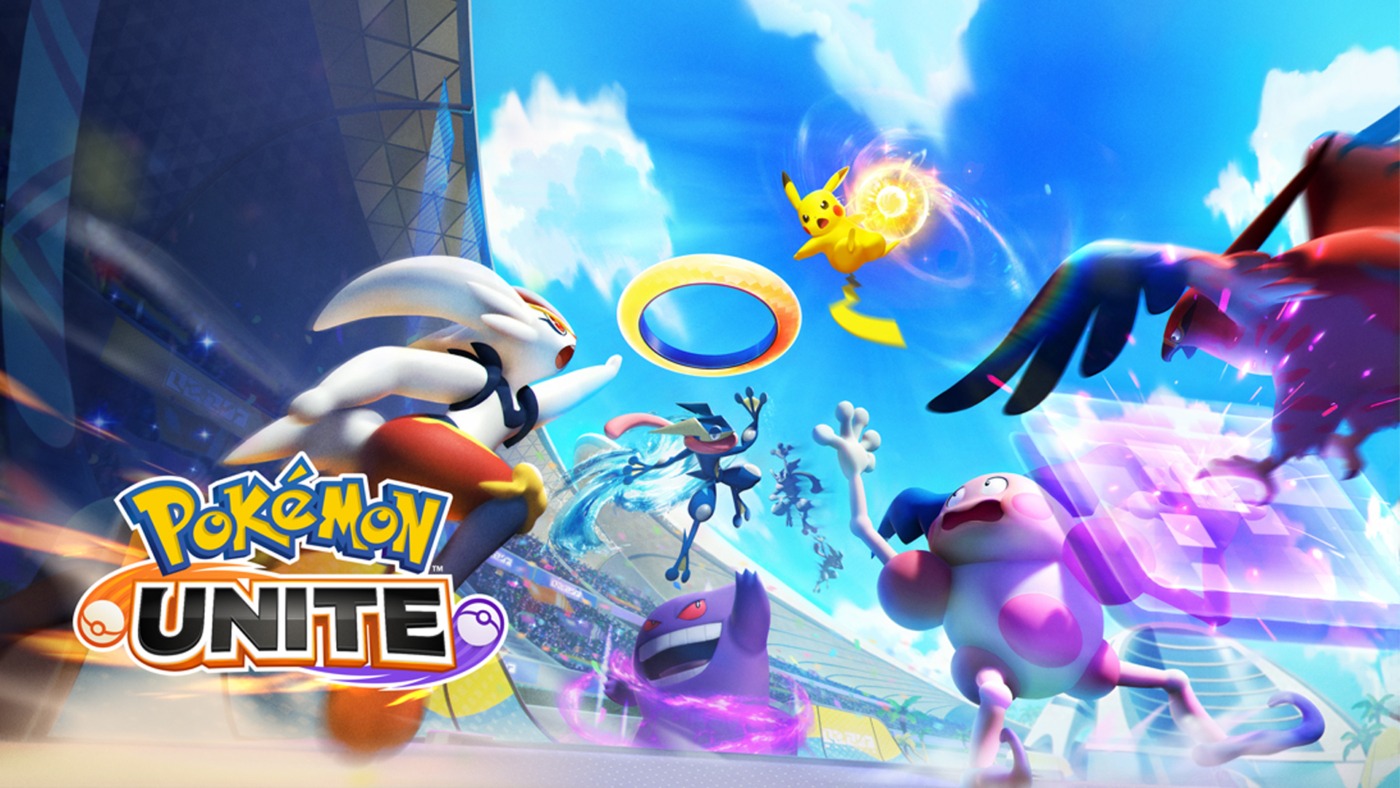 It has been a few weeks since Pokémon Unite was released on the Nintendo Switch and the game has already taken the world by storm. I, like many, was very sceptical to begin with – even as a long-time fan of both the Pokémon series and the MOBA (Multiplayer Online Battle Arena) genre. I struggled to see how these two things could mix and produce a game worth playing. Pokémon Unite, however, has smashed my expectations and is actually a lot of fun – but definitely not without some major flaws. So, is Pokémon Unite the next big thing or will controversies like the pay-to-win allegations be its downfall?

Pokémon Unite is a free to download MOBA in which your team of five people, each controlling one Pokémon, try to score as many goals in enemy goal zones as possible. You can gather points to score by defeating neutral wild Pokémon dotted around the map. The team with the most goals at the end wins the game. The premise is nothing too special, with games like Heroes of the Storm similarly having a scoring system replace the classic MOBA gameplay of destroying an enemy base filled with turrets. The basic gameplay is simple but effective, and I think it was smart of developer TiMi to not try to reinvent the wheel. Each standard and ranked game of Unite is also timed at just 10 minutes. Fitting in a game of Unite isn’t a huge commitment compared to other MOBAs, in which games can take over an hour, and it means that if you’re in a particularly unenjoyable match, you don’t have to suffer very long before it’s over and you can move on to the next. This also makes matches fun and fast paced, where there’s rarely a moment where you’re sitting around with nothing to do.

Overall, I would still absolutely recommend fans of Pokémon and of MOBAs alike to give Pokémon Unite a fair go

Pokémon Unite is a game built for the Nintendo Switch, with the intention of transferring over to mobile. Other mobile MOBAs like Wild Rift and Mobile Legends have shown that there’s only so many things you can do on a mobile, so the game needs to be very simple to succeed. Pokémon Unite achieves this by allowing each Pokémon to only have two basic abilities at a time and one super powerful ‘Unite Move’. The game does trade this accessibility for complexity though, and it can sometimes get very repetitive, mashing the same three buttons over and over. MOBAs are all about skill expression and competitiveness, and I’m worried that Pokémon Unite’s simplicity could cause it to become dull after more than a few hours of playtime.

Something that stops it becoming boring though is the cast of Pokémon that are playable. There are currently 21 to pick from, each with completely unique abilities and gameplay, so if you’re ever bored you can try out someone new. The Pokémon included are mostly exactly who you would expect, fan favourites like Pikachu, Charizard and Greninja, but there are a few odd choices like Cramorant too who spice up the roster. I personally love that TiMi is willing to put more niche Pokémon like Cramorant in the game and I’m hopeful that there will be many more Pokémon added in time. In fact, the recent addition of Gardevoir and the upcoming release of Blissey show that Unite wants to roll out as many characters as it can to keep things fresh. A varied roster and consistent updates are both absolutely necessary for a successful MOBA and Unite has hit both marks right off the bat.

The elephant in the room when reviewing Pokémon Unite is of course the accusations of it being pay-to-win. For those unfamiliar with the term, pay-to-win means that using real money can give you significant advantages in a game over those who haven’t spent money, thus making it unfair for those who can’t afford to or just don’t want to break the bank on Pokémon Unite. MOBAs are generally free-to-play, with the only real use for real-world money being for snazzy new outfits for your characters. Someone who has spent hundreds of pounds on League of Legends has zero advantage in a game over someone who hasn’t spent a single penny (other than the style advantage of course).

The pay-to-win aspect is definitely unfortunate, but I think it’s worth looking past, especially as it is possible to grind the items on your own (even though it is painful)

The culprit of this in Unite is the held items system. Pokémon can take up to three held items with them into a battle which increase their stats. Each item starts at level one and can be upgraded to level 30 through in-game currency that you can earn. The currency you use to upgrade these items, however, is extremely hard to come by relative to how much you need. It’s also purchasable with real money. Sure, you can grind daily challenges for the next couple of months to get one fully upgraded item, or you could just grab your wallet and get one instantly. These stat advantages are noticeable, but not utterly unbeatable. It can sometimes feel a bit unfair, but I personally haven’t yet felt like I’ve been cheated out of a win because of someone throwing money at the game.

Overall, I would still absolutely recommend fans of Pokémon and of MOBAs alike to give Pokémon Unite a fair go. The gameplay is fun and fast, and the game is clearly getting consistent love from the developers. The pay-to-win aspect is definitely unfortunate, but I think it’s worth looking past, especially as it is possible to grind the items on your own (even though it is painful). I personally don’t intend to ever spend money on Pokémon Unite, and I still love playing both competitive and casual matches with friends. If you’re looking for the next big esports title, however, you should probably look somewhere else. The game is simple and obviously intended as a more casual style of MOBA, so it might not be for you if all you care about is the competitive side. But if you’re just looking for a fun new game to get into, give Pokémon Unite a go!