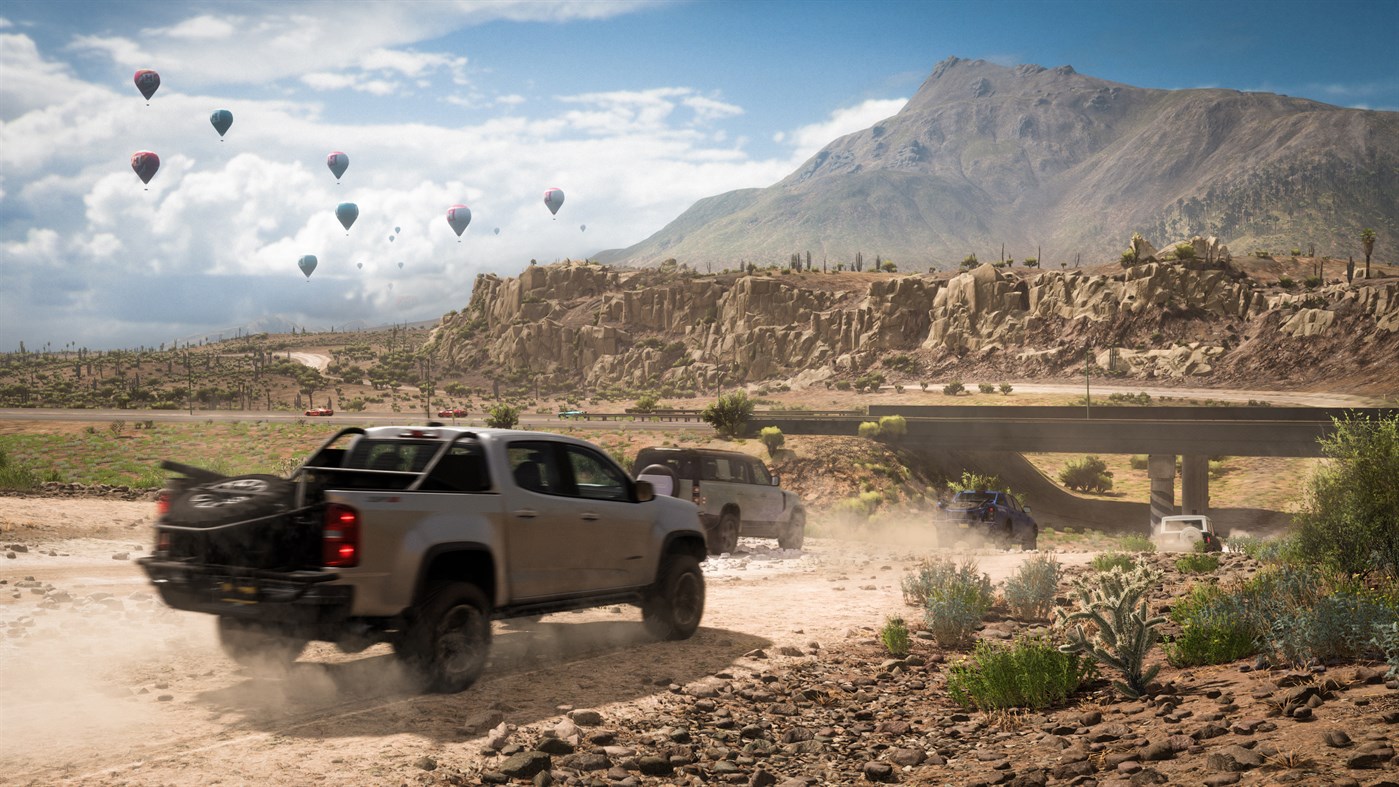 After being somewhat disappointed with Forza Horizon 4 compared to the previous instalments in the series, the announcement of Forza Horizon 5 looks promising.

The new game takes place in Mexico, and while this may not seem like the obvious choice for a racing game, the range of 11 different biomes promises to provide a more varied experience than previous versions. The trailer showed jungles, deserts, mountains, and so on, which should provide greater variety and prevent the map from feeling the same throughout, thus becoming stale. In fact, the developer, Playground Games, says that this will be the largest and most diverse open world ever playable in a Forza Horizon game, with it being 50% larger than Forza Horizon 4. Creative director, Mike Brown, adds that: “we need diversity in our game and Mexico is almost like the whole world in one country.” Some parts of the location look particularly intriguing, such as the presence of a large volcano and an actual racetrack. The game should also have the longest highway in any racing game, along with multiple mountain roads, which should hopefully resolve the major issue of a severe lack of decent twisty roads in the previous instalments.

There are hundreds of new visual upgrades, such as wheels, paint, and body kits, as well as more performance upgrades

This game will retain the rotating seasons from the previous game and it should be interesting to see how the different seasons affect the gameplay, with Mexico being known primarily for its heat and sunniness. Announced already are the presence of new dust storms and tropical storms, which haven’t been featured in previous games. The weather is also meant to be more dynamic, with players being able to see the storms moving in and approach them. This weather is regional, too, so the desert receives less rainfall than the jungle, for example. Brown explained: “I think the UK [the setting for Forza Horizon 4], certainly for those people who live in a temperate climate, has really pronounced spring, summer, autumn, winter. Mexico, being a country that has huge elevation changes and obviously quite a large country, has different seasonality in different regions, which we’ve tried to recreate as accurately as possible.”

One perhaps more obscure element of the game that the developers have highlighted is the dynamic skies – while this may seem like an odd thing to focus on, the developers have captured the real sky on location, with a set up that features three cameras, each capturing 1/3 of the sky and then these are stitched together in the game. This should make the skies more realistic and shows the level of detail that the developers are going into.

The sounds and noises of the cars were heavily criticised in Horizon 4, with many sounding very different from their real life counterparts. It has been announced that this is improved for the new game, but little has been said on this matter as of yet. A couple of minor elements that fans have wanted have also been implemented, such as actually being able to convert convertible cars – it often seemed rather odd to have convertibles in the game when their roofs were permanently closed. In addition, there are hundreds of new visual upgrades, such as wheels, paint, and body kits, as well as more performance upgrades.

One of the poorest parts of the previous instalment was the lack of a proper campaign, with no real feeling of progression. The new game promises to change this with a “deep and rewarding campaign”

One of the poorest parts of the previous instalment was the lack of a proper campaign, with no real feeling of progression. The new game promises to change this with a “deep and rewarding campaign”, which involves expeditions around the map and the setting up of new festival sites at the end of such expeditions. Brown says he wants to “really reward exploration,” which should hopefully create more motivation to progress in the game and create a more compelling story for the game’s purpose.

On top of this, there are now three different multiplayer game modes: Horizon Open (normal multiplayer), Horizon Tour (meeting and racing with other drivers), and Horizon Arcade (completing games with other players). However, when this is combined with features such as EventLab (which allows players to recreate games with cars), I worry that the game has become too childish. While it is understandable that they want to appeal to a younger demographic, there is a risk that it will go too far away from what the original Horizon games were about and, therefore, I hope that it retains many of the qualities that made the previous instalments so enjoyable.

The game will be released on 9 November 2021, or 4 November if you have early access, and is compatible with the Xbox One, Xbox Series S / X, and PCs.