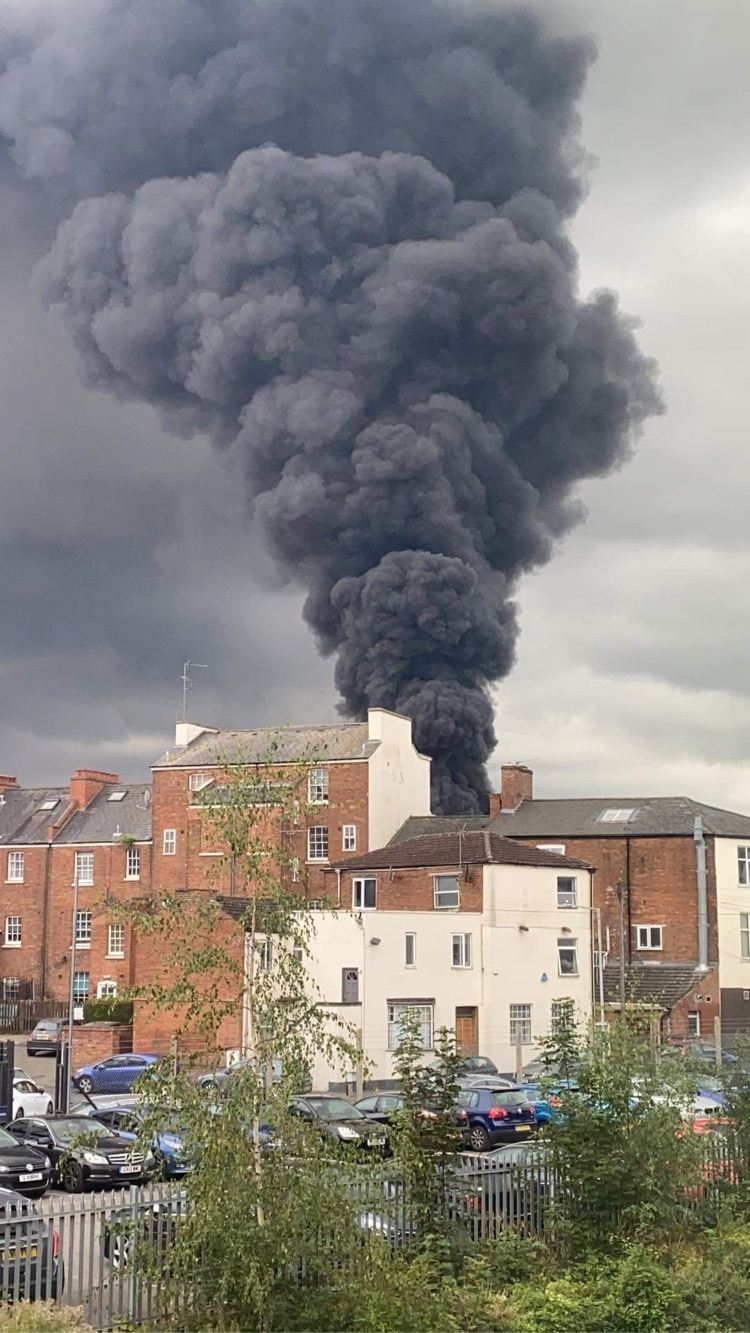 A large fire at Leeson Polyurethanes Ltd in Leamington Spa on Friday has left one person unaccounted for, as well as chemical fumes and large amounts of fallen debris across Warwickshire.

According to Warwickshire police, the chemical blaze began at Leeson Polyurethanes Ltd which is situated in an industrial park on Juno drive in Leamington Spa.

The Warwickshire force has said: “As a precautionary measure, please do not touch or attempt to clear debris in the meantime.”

The Kenilworth Fire Station in a post on social media has said: “The Kenilworth crew worked to prevent fire spread to surrounding chemicals stored in containers and lorries at the rear of the building.

The whole town is still covered in this black smoke, and the sound of sirens is deafening.

Eyewitnesses at the scene have said on social media that there are chemical fumes in the air and that they have heard explosions from the site of the fire. The Public Health West Midlands has issued a health warning to locals to stay indoors in order to limit chemical fume inhalation.

MP for Warwick and Leamington Matt Western has said: “The scale of the blaze is staggering. The building affected contained chemicals so it is extremely important residents keep away from the scene. Emergency services are urging people to stay indoors and close windows if you live within 500 metres of the blaze.”

The Warwickshire fire and rescue service has added that eight people have been evacuated from their homes so far, and has said that the fire would take several days to put out fully.

The Boar News spoke to a Warwick University student studying Politics, Philosophy and Law, and who is currently in Leamington, and they have said that the atmosphere in Leamington is “weary but the community has come together to provide places to sleep for those who have been evacuated”.

They added: “The whole town is still covered in this black smoke, and the sound of sirens is deafening.”