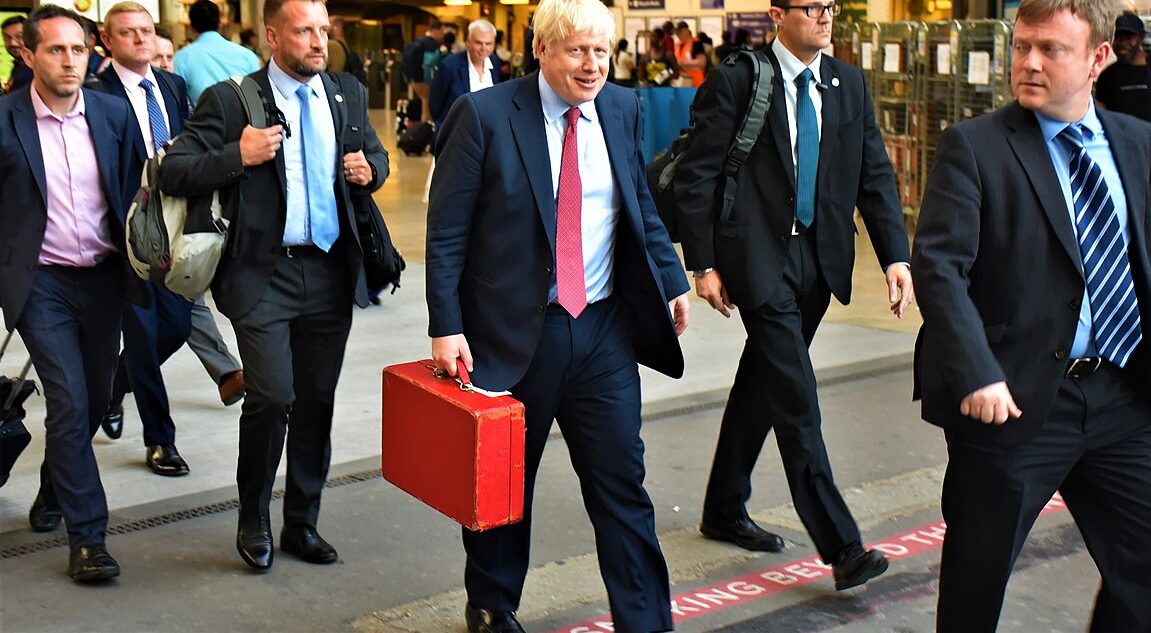 Furlough, corporate tax rises and levelling up: have the Tories gone red?

“My assessment now is that we probably didn’t cut enough.” The words of former Prime Minister David Cameron remind us of Conservatism not too long ago. A Conservatism that framed public finances like a household budget, despite economists deploring such comparison. A Conservatism that fuelled record inequality, poverty, and NHS waiting times, all to fund cutting corporate tax by a third and the additional income tax rate for high earners by 10%. Even at the last election when austerity was deemed over by Tories, Labour’s proposal to raise corporation tax to 26% was decried by Boris Johnson as a way to “clobber companies with the highest taxes in Europe”.

How long ago this seems now.

The last year has turned Thatcherite Conservatism on its head, evoking comparisons with old One-Nation Toryism of Disraeli and Macmillan. Once the party of libertarianism and civil liberties, now setting strict rules for how we live our lives over the last year. Once the bastion of non-intervention, now private businesses have been pushed aside by a vast state welfare scheme of furlough and hundreds of billions in government-backed loans. Once committed to lower taxes as a fundamental aspect of their vision for Britain, now proposing the most extensive tax hikes in peacetime, raising the tax burden to the highest level since the 1960s.

None of this suggests Covid-19 restrictions and support were or are wrong to implement. However, the question is, do these policies suggest Conservatives have made a quick transition in the last year from their Thatcherite image to one more reminiscent of post-war statism? Or are they the same old Conservative party disguised as left-wing?

In the most recent budget, we saw perhaps the greatest sign of Conservatives moving to the left

Even before our country was shut down for the better part of a year, Sunak’s 2020 Budget had already adopted some of Labour’s ideas, most notably creating a northern Treasury department in order to move Whitehall departments out of London. Then, later that year, another Labour idea taken: a national infrastructure bank was to be founded, lifted straight from Labour’s investment bank plan.

The furlough policy is a welfare programme unlike any the country has ever seen, providing income to millions of workers unable to go to work, preventing mass unemployment. It is perhaps the government’s only successful response to Covid-19 and is indisputably a policy of the left: first introduced in social democracies like Denmark and inspired by the ‘Kurzarbeit’ of Germany that successfully staved off unemployment in 2008, it was in fact first proposed by John McDonnell whose scheme looked remarkably like the furlough we know today.

However, in the most recent budget, we saw perhaps the greatest sign of Conservatives moving to the left: tax. The plan to hike corporation tax to 25%, an effective increase of almost a third, is striking when considering Labour’s proposal for just 1% higher was branded ‘loony’. The notable difference from the Cameron/Osborne years couldn’t be greater. Over nine years of government, corporation tax went from 28% to 19%. This was done under the guise of making Britain a more attractive place for investors, powering economic growth, and providing more revenue than it would’ve at higher rates. Even the current chancellor argues the evidence for these claims is limited.

Hints of traditional Conservative austerity hide beneath the surface

Furthermore, there is a substantial effective tax rise as thresholds for income tax are frozen, which means, according to the OBR, around 1.3 million workers will be pushed into paying income tax by 2026 and a million more middle-income families into paying the higher rate. However, according to the budget documents, the tax measures would overall hit middle- and high-income individuals most rather than lowest paid – especially when considering the alternative of spending austerity.

The degree to which Tories have changed their economic programme shouldn’t be compared too closely to what a Corbyn/McDonnell government would’ve been like (despite the adoption of many of their policies). Ultimately, hints of traditional Conservative austerity hide beneath the surface. Sunak has already announced that around 2.6 million public sector employees will see yet another pay freeze in upcoming years, something taken right from Chancellor Osborne’s playbook. This measure is punitive to millions of workers, and hits harder than before as earnings for those in the public sector have already fallen by around 1.5% since the Conservatives came to power, now only set to fall lower still. Moreover, the IFS found that despite spending still rising in years ahead, Sunak trimmed over £10 billion per year from planned spending. This significant amount means it will take longer for public services to recover to regular levels after a decade of cuts and the impact of Covid-19. The uplift given to Universal Credit, worth around £20 a week, is also set to be axed, leaving many facing poverty, food bank visits, and destitution. Of course, their reasoning behind tax changes is fundamentally different to that of a socialist party. McDonnell would’ve introduced such changes to redistribute wealth and income in Britain – Sunak does it to cut the spectre of a debt crisis. It should also not be forgotten Sunak himself is an ardent Thatcherite, declaring his political idol was Lawson, one of her chancellors, who more than halved the top rate of tax from 83% to a level of just 40%. Red socialism seems to be far from Sunak’s ideological blue heart.

Nonetheless, the semi-socialist shift to adopt tax policies that were just a year ago branded as “huge tax burdens falling on everyone else” does pose a significant change in policy for the Conservatives and seems to highlight two key points. Firstly, the rise of so-called “Red-Green Toryism” describing re-found willingness for the state to intervene in economic and environmental policy. Secondly, it provides another headache for Labour, which now finds itself having to win back its northern heartlands from an opponent that has adopted much of the economics that made them Labour in the first place.