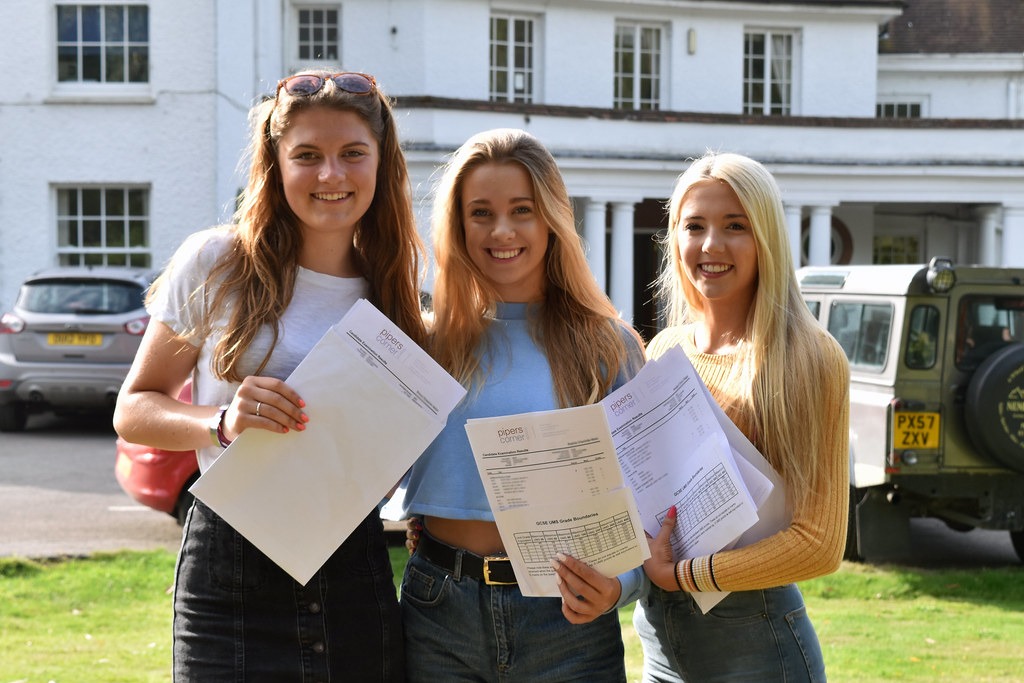 With 44.8% of A-level students in England, Wales and Northern Ireland receiving A or A* grades, results are higher than ever before.

This has risen from the previous year of exams being cancelled where 36.5% of students achieved top grades.

It is estimated that pupils will achieve a grade higher than they would have in 2019, the last year that exams were formally sat, with the proportion receiving top grades rising by 75% since.

With last years’ exam results relying on the use of an algorithm (which was later disbanded for inconsistencies), this year is based on teachers and supporting evidence from schools and colleges.

It is expected that the number of top grades and university applicants this year will put pressure on universities for places and create a higher level of competition for future years.

This Tuesday, Ucas revealed that 396,000 students have been confirmed in their first-choice course, providing a new record and a rise of 8% from last year.

On BBC Breakfast, education secretary, Gavin Williamson, defended the current way of handling A-level results but admitted that the grading system was not the “preferred method”.

He said: “Let us not forget that this is a truly exceptional year … and it’s right that we take the unprecedented steps in order to be able to ensure that they can take the next step on in their careers and their lives”.

Schools have done their best with the guidance they have had, but they haven’t had the information or process they’d need to be fully consistent

Simon Lebus, interim chairman of Ofqual, stated: “We’ve always said outcomes from this year were likely to be different.”

He added some assurance that students had been “fairly treated” and the grades could be trusted.

Under this year’s system, schools had options for determining their grades, submitting evidence in the forms of “mini-exams”, mocks and coursework.

One in five schools had samples taken and checked by exam boards, leading to 15% submitting queries and 1% making alterations.

Sir Jon Coles, a former director-general at the Department for Education, said: “I have not heard of widespread challenge by exam boards to school results.”

He added: “All through this there has been the question of whether there could be a meaningful process of ensuring consistency. Frankly, I don’t think there has been.

“Schools have done their best with the guidance they have had, but they haven’t had the information or process they’d need to be fully consistent.”