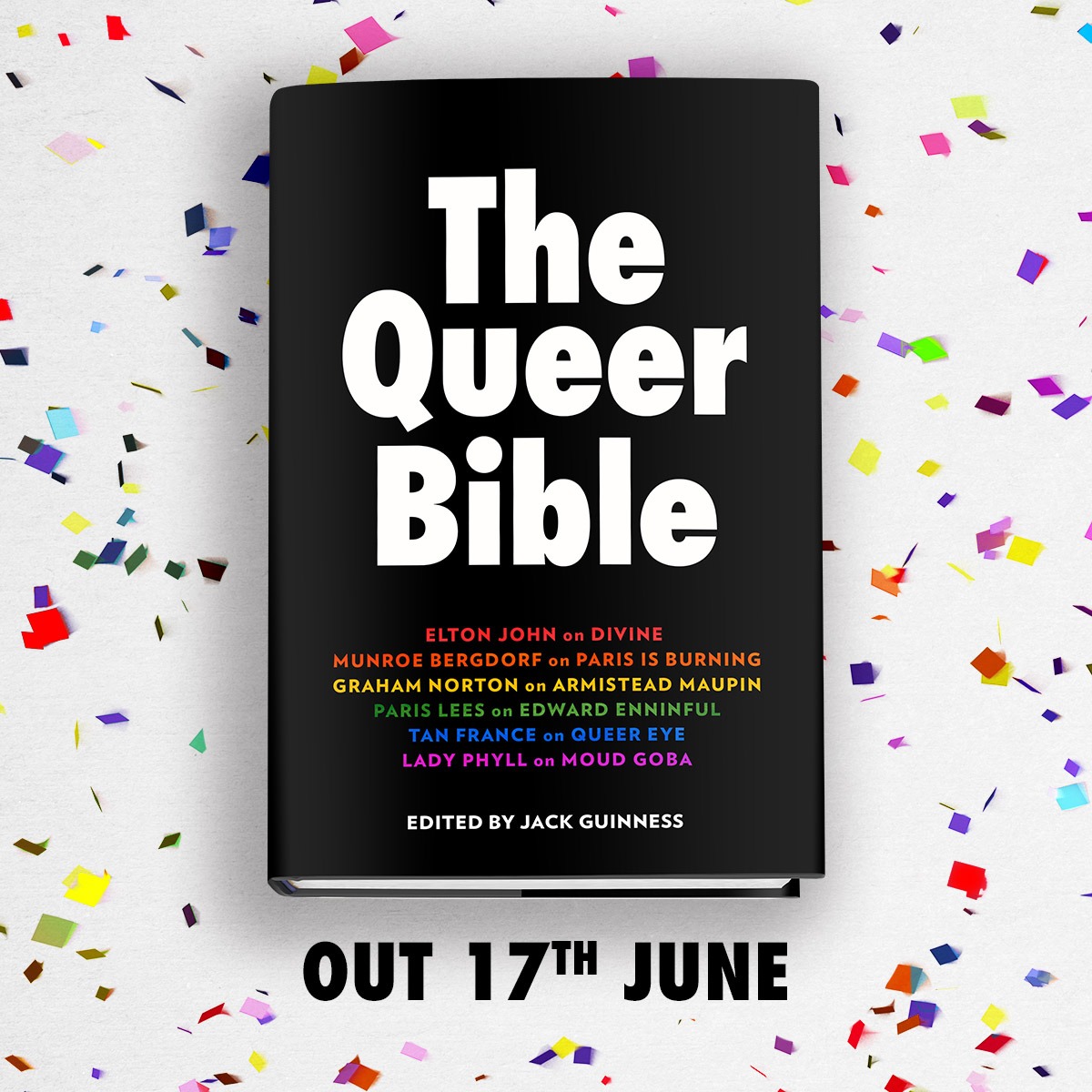 The Queer Bible is billed as a collection of “essays by queer heroes on the icons who inspired them”, a concise and simple description of a book which, across 24 pieces, manages to be entertaining, heartbreaking, and fascinating all at once. While it may appear, at first glance, to be the type of book that may languish ornamentally on a coffee table, in reality the collection is much more. Drawing together writers from different walks of life, from comedians to media personalities to Olympic athletes, and with many different topics, ranging from reality TV to music and authors, The Queer Bible demonstrates the often disregarded or repressed impact that those in the LGBT+ community have had on the wider world.

Editor Jack Guinness states in his foreword that The Queer Bible is “a platform to elevate, celebrate and amplify” the voices and stories of those who have often been ignored, forgotten, or erased by the mainstream culture. Contributors include Graham Norton, Tan France, and Elton John, to name a few. It provides a resource for young LGBT+ people to feel connected to the broader history of their community. With this educational bent, the collection acts as a sort of starting point for further research, each essay encouraging readers to seek out more about a particular individual, movement, or place. At the end of almost every piece, I found myself wanting to find out more about its particular subject.

The book’s contributors write with such passion about their chosen heroes that it’s almost impossible not to feel some of that passion yourself. Guinness’s wish to spark curiosity and bolster a sense of pride and community is undeniably successful, with the wide range of topics covered guaranteeing that there’s surely something of interest for everyone who picks up the volume. 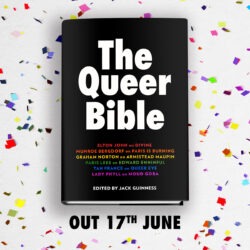 The book’s goal of emphasising a more tangible and unified history of the LGBT+ community is also successfully realised. Many essays in the collection share references to cultural landmarks or important figures, this interconnectedness creates a real sense of collectivity and belonging. In tying together LGBT+ individuals across time and place, the collection presents the idea of a traceable heritage, giving deserved recognition to “the footsteps of the bravest, fiercest, most inspiring people to walk the face of the planet”.

The book itself is beautifully constructed, with an understated matte black cover standing out in its simplicity. The glossy pages feature illustrations from a variety of artists (the biographies of whom are compiled at the end of the collection) alongside each essay, and each of the book’s four sections ends with a map signposting LGBT+ landmarks throughout history. Bringing attention to these places again helps to undo the “forcible erasure” of LGBT+ history, something many aspects of the collection seek to achieve. Serious thought has even been given to the endpapers of the book, scattered with a range of different animals. Notes at the end of the collection explain that each of the animals featured – hyenas, penguins, and snails, amongst others – all express sexuality and gender in ways that when seen in humans have long been deemed “unnatural”. Through both content and form, this book normalises, celebrates, and elevates the LGBT+ community.

Throughout the essays, a key thread emerges. Whilst some of the icons praised in the book are well-loved household names, others are far less recognisable. Guinness’s foreword highlights how many LGBT+ individuals’ stories have been ignored or repressed, a concern that is highlighted in many contributors’ writings. “Why am I having to tell you this?” Mark Moore asks, after clarifying the identity of one of his heroes. This lack of visibility is distinctly damaging, something which is again seen in many of the essays, with writers recounting how alone they felt before being able to tap into the wider LGBT+ community.

Conversely, gaining knowledge of “queer history” is shown to be “empowering”, connective, and a remedy to feelings of isolation and disconnect. The Queer Bible is a great place to start to facilitate this sense of belonging. It’s a truly excellent collection that educates, informs, and inspires, and I would recommend that everyone read it, regardless of their sexual or gender identity. In light of recent increases in antagonism towards the LGBT+ community, now more than ever, we need to bring these long ignored stories and voices into the light.

The Queer Bible, edited by Jack Guinness and including contributions from Elton John, Graham Norton, and Tan France, among others, is published by HQ, an imprint of HarperCollins. The hardback edition is available for £20.00, and was published on 17 June. To purchase, see here.