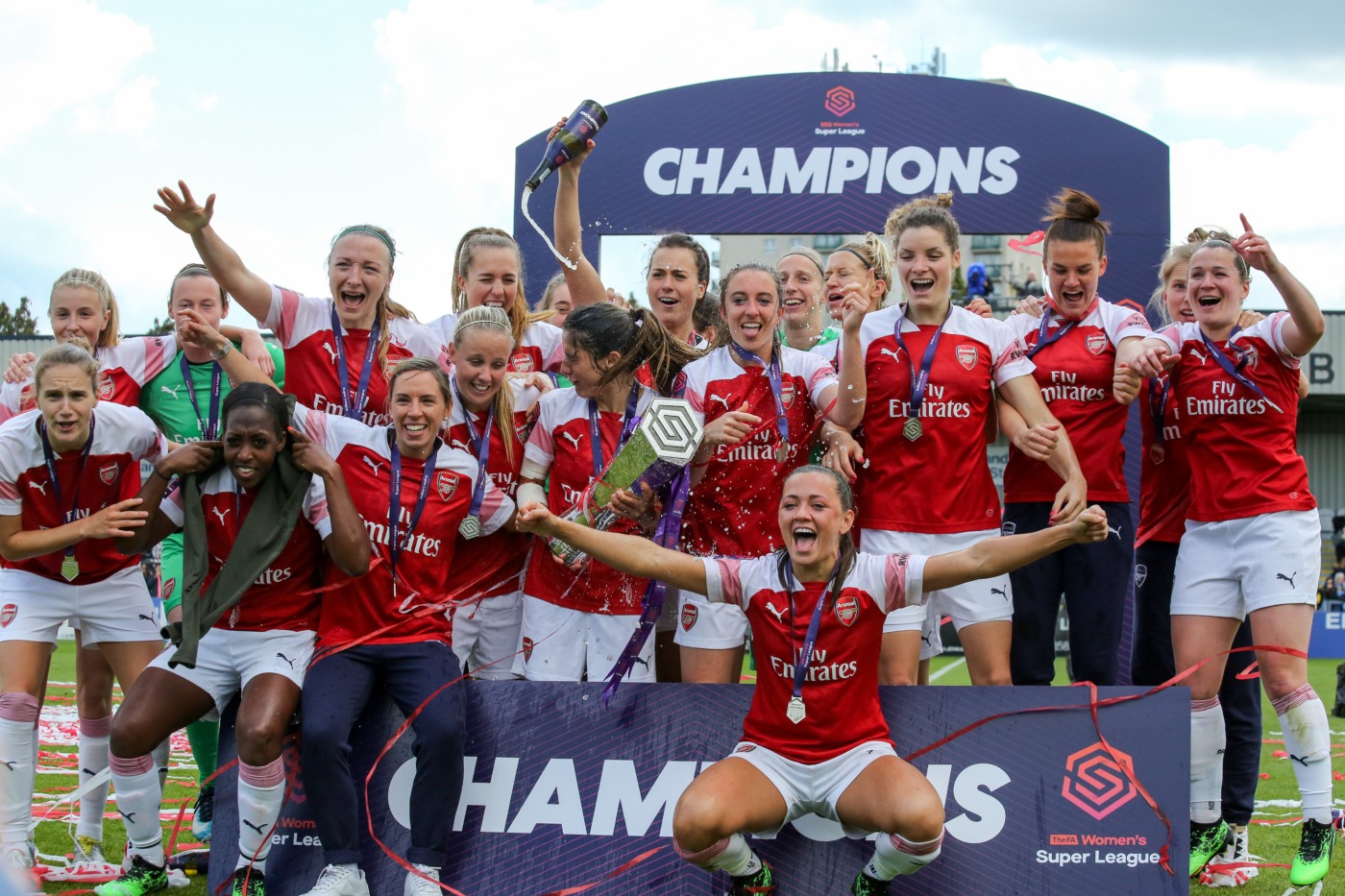 Last week, it was announced that Jonas Eidevall had been appointed as the new first-team head coach of Arsenal Women. Eidevall replaces the much-loved Joe Montemurro, who left the role and joined Juventus last month. It is imperative that the replacement is the right fit for a club and team simultaneously teetering on the verge of greatness and collapse.

Eidevall leaves Rosengård with the Swedish club from Malmö top of the Damallsvenskan following another hugely successful spell. Despite being only 38 years old, Eidevall has an impressive history of success. He won the league title twice in his first stint at the club in 2013 and 2014 and again following his return to the club in 2019.

Eidevall dedicated part of the success to the Malmö culture. He writes, “In Malmo there is a saying which goes, ‘You win gold, but you get silver’. Nobody celebrates a silver medal over there. When I came over and walked into the locker room, I saw a trash can which had two silver medals in there that the players had thrown away.”

While Eidevall’s accumulation of silverware during his time at the Swedish side is impressive, it is the manner in which this success was accrued which will have attracted the Arsenal hierarchy.

His Rosengård sides became synonymous with the idea of playing football in, what many consider, ‘the right way’, straying away from the traditional Swedish 4-4-2 built on strong defensive foundations. Dominating games with significant possession and a high press, Eidevall has drawn inspiration from the likes of Arsène Wenger, Arsenal’s greatest-ever manager.

“My philosophy is simple: there’s only one ball and it’s our ball. We want to have it,” Eidevall continued. The simple philosophy should be able to be translated onto this Arsenal side, moulded by Montemurro into a strong ball-playing team.

If Arsenal are seriously aiming to turn the tide, it is vital that Eidevall is given the opportunity to do so

Montemurro took over Arsenal Women in November 2017 and was successful in implementing a fluid attacking system which would propel the Gunners to the 2018/19 league title, in his first full season.

A key component of Montemurro’s success can be attributed to his transformation of morale in the squad, left in disarray following a poor start to the 2017/18 season under Pedro Martínez Losa. The Australian became known for his warmth and inclusivity just as much as for his tactical astuteness. He not only leaves large, friendly shoes to fill but a club suffering significant mismanagement in recent years. It is the latter which will provide the toughest mountain for Eidevall to climb.

Restoring Arsenal to the dominant force that they should be remains the ultimate target. It is shocking that Arsenal Women, having won the league title eleven out of twelve years between 2000 and 2012, have won just the solitary title since. But what has prompted this collapse?

Severe mismanagement from board level combined with the rise of billionaire takeovers of Chelsea and Manchester City have left Arsenal Women, Men and even academy sides playing catch-up. Little investment from the owners, the Kroenke family, has meant the traditionally dominant club has declined and fallen behind their new-money competitors.

Montemurro returned Arsenal to the pinnacle of the domestic table in 2019, but was unable to replicate the success on the European stage. Arsenal have just the single Champions League trophy thanks to an Alex Scott injury-time winner in 2007.

If Arsenal are seriously aiming to turn the tide of a rather trophy-barren period, it is vital that Eidevall is given the opportunity to do so. If he is “a great fit to be the head coach of Arsenal Women” and “the standout candidate” that Chief Executive Vinai Venkatesham claims him to be, he must be given the tools to implement his successful philosophy.

Eidevall inherits a squad built for his style of play, but greater long-term issues remain. This summer has already seen key players Danielle van de Donk and Jill Roord depart, with the former stating her desire to win the Champions League as the deciding factor in joining French giants Lyon.

The promising full-back Ruby Mace Is also leaving to join Arsenal’s direct rivals Manchester City, in a worrying reminder of the new gulf between the two sides. Meanwhile, Mana Iwabuchi and Nikita Parris are currently the only signings Arsenal have made to bolster a depleted squad.

Even more troubling is the uncertainty surrounding Vivianne Miedema

Fortunately, the club have retained the services of academy product and England international Leah Williamson. The ball-playing central centre-half has developed into one of the finest defenders in the division and the signing of a year-long contract extension was a relief to Arsenal fans worldwide.

However, Williamson’s future beyond this season remains unclear despite her devout loyalty to her childhood club. Even more troubling is the uncertainty surrounding Vivianne Miedema.

The Dutch Striker, voted the greatest ever Women’s Super League player by the BBC in April, has just one year left on her contract. The prolific Miedema has scored a total of 81 goals in just 92 games for Arsenal and was integral to the club’s success under Montemurro. It is down to Eidevall to continue to get everything out of one of the world’s best and to convince her to sign a contract extension.

The Arsenal board have promised to improve fan engagement through playing occasional games at the Emirates Stadium as a second home to Meadow Park and by offering increased investment. However, the Arsenal board are not strangers to broken promises. Hierarchical failings have rotted away a once-great institution, but could this be a turning point?

Jonas Eidevall joins Arsenal at a delicate time in which the smallest mishap could send the side sinking back down the table. However, if the club truly intends to fulfil the dreams they are trying to sell to the Arsenal fans, the new head-coach can build upon a talented squad. Eidevall may have coaching acumen, but he will need the support to emulate the inspirational Wenger and awaken a sleeping giant.