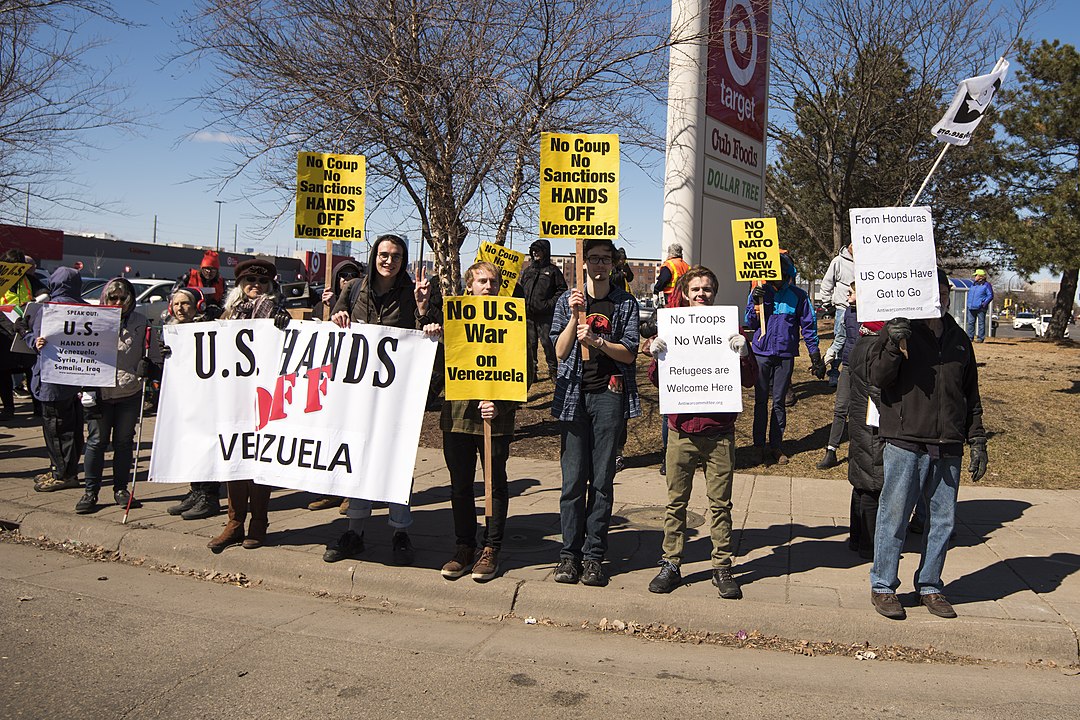 Jovenel Moïse was assassinated on 7 July 2021. His campaign was backed by the US government and federal army, with Haitian officials requesting further US intervention and aid from the United Nations. There is a long line of events, fuelled by corruption and greed, that ultimately resulted in Moïse’s assassination; the final straw appeared to be his refusal to leave office. The protests that recently erupted in Cuba are also representative of similar elite control, with current protests erupting in relation to tax hikes and food shortages. While Obama promised to rebuild relations with Cuba, Trump imposed 240 new sanctions that still exist under the current Biden administration. This article will recount US strategy in foreign policy and its impact on both nations, with mention of other countries placed under similar pressures, including Colombia and Chile.

The US ended its physical occupation of Haiti in 1934, but its neoliberal spirit has lingered through every regime shift and civilian revolution since. Haitian militia forces are maintained through the dogmatic US political agenda, as we can see throughout many other nations in the Southern region. The 1960s saw the puppet of Duvalier, the self-proclaimed ‘president for life’, who died in the 70s and was replaced by his son. America held a lot of influence at this point, through foreign aid arrangements and loan agreements with the International Monetary Fund (IMF), to which Haiti is still indebted. Yet, there has been no opportunity to compensate for this debt, as the Clinton administration (1994) undertook Operation ‘Uphold Democracy’ which banned petroleum sales to the region, enforced a naval blockade on regional docks and enabled a US intervention. The trend presents a system that ensures elected candidates are ousted from power, while US favourites are placed on a pedestal with the rest of puppet presidents seen throughout history, despite winning a minority of the public vote. Moïse is an example of the latter; despite becoming president in 2017, it is hard to say he was statistically democratically elected. While it was proclaimed that he held a majority, three members of the electoral council refused to sign the final report, and 10% of votes were reportedly thrown away. In a nation of around 10 million civilians, less than 6% voted for Moïse to lead. While many promises of reform were made, the president’s leadership became more authoritarian in nature as time progressed. Refusing to hold democratic elections in 2020 eventually became his demise. This, alongside rapid inflation rates and state-sanctioned gang violence, has resulted in ongoing protests and unrest across the capital.

Cuba is a slightly different story, as the US blockade has been a persistent restriction on civilian life. John Bolton, US security advisor, once coined Cuba as being part of the ‘troika of tyranny’ alongside Nicaragua and Venezuela, despite this supposed ‘tyranny’ resulting from decade’s worth of economic regulation and suppression reinforced by the system he works for and praises. Sanctions were first implemented against Cuba during the Kennedy administration (1962), and Cuba has suffered an economic loss of hundreds of billions since. Donald Trump enforced even stronger regulation against Cuba under Title III of the Helms Burton Act, which has been denounced and banned by most of the European Union, the United Kingdom, Canada, and Mexico. It was passed through Congress, with the impact mainly causing mass divestment from Cuba through fear of an onslaught of lawsuits. This also left Cubans in an extremely vulnerable position, with very few medical resources and food. The protests we see today are a result of the blockades still in place, ones that current President Biden refuses to acknowledge. The protests aren’t anti-government, rather a representation of ‘guarimba’, a disruptive demonstration for the global media. The direct and explicit aim of the Cuban blockade is to enforce a legislative framework that is so repressive in nature that it forces the nation to collapse under its weight.

Other methods of US intervention (aside from obvious global imperialism) could be observed in 1980s Chile, through the government-backed Chicago School of Economics. Milton Friedman, a supposed neoliberal deity and professor, believed that ‘shock therapy’ would jolt the nation into a capitalist economic state. Instead, it resulted in extreme poverty, a small spike of growth, followed by a murderous dictatorship and en masse of human rights violations under Pinochet. To learn more about this in an ethnographic sense, I would highly recommend Klein’s Shock Doctrine. We can also explore modern-day Bolivia, where pro-Morales public opposition groups have resiliently protested throughout the covid pandemic – this social action is an inevitable consequence resulting from the US-backed military coup, sparked by the organisation of working classes against the elite.

If I were to assume the role of foreign policy advisor to the President of the United States (obviously through ideological infiltration), I would simply instruct him to reconfigure his relationship with countries in the south, allowing them to live freely from Western financial constraints. Many appear to forget that Cuba created five vaccines last year and exported them around the world in support of the global fight against covid. Cuba would be able to define itself and its own economic system if America stopped sitting on top of it, proposing that “Capitalism is alive and well”, when in actuality it is suppressing prosperity in its neighbouring regions for economic self-interest. The question we must ask when analysing statements like these is not “does capitalism work?”, but rather “who is capitalism working for?”, because it most certainly is not working for the global majority, nor the entirety of the global south.

Police and the Capitol riots: the Republican Party is a part of the insurrectionist mob