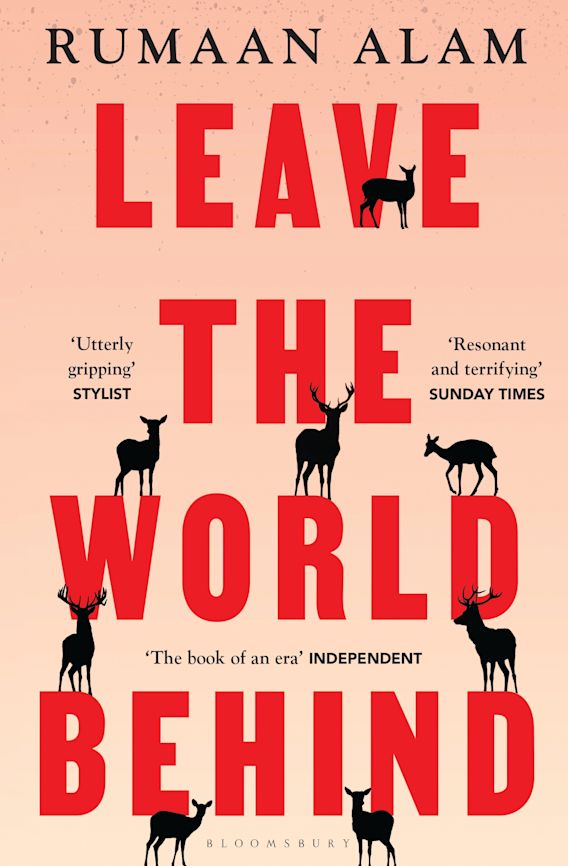 Chillingly relevant and nauseatingly readable: ‘Leave the World Behind’ by Rumaan Alam review

Leave the World Behind is a lesson in the power of our auditory sense. We can always hear humanity, and have learnt to find comfort in this din, for it is evidence that we are part of a group, and are safe. Very few of us would seek much isolation from it, and even sounds we might define as part of the natural world, birdsong for instance, are often facilitated by and reliant upon the designers of the human world. We don’t reflect on this much. Silence and isolation from humanity are often romanticised, or overplayed, as something that would inspire madness or fear. This may be why Leave the World Behind succeeds so much as a thriller, despite its relative lack of embellishment, or Hollywood-worthy imagery.

Rumaan Alam’s book is, in part, an exposition of many of the internal insecurities we experience in modern life, but it is also a sharp and quick read, which doesn’t get bogged down trying to be too allegorical. Alam’s descriptions and prose cover many of the nuances that define our modern lifestyles, but it’s his descriptions of sounds which really make the book special, and which inspire the most dread in his characters.

Perhaps one of the reasons Leave the World Behind is already being made into a film is that author Rumaan Alam’s prose is so adept at creating a whole and bustling picture in what amounts to a relatively modest storyline. Noises are a central part of that. When our protagonists, Amanda and Clay lose their phone reception, effectively getting cut off from the outside world, it is the sounds of their holiday rental which provide comfort and ease. The constant hum of electricity that imbues so many buildings and settings of our modern lives and is also central to what structures them.

Leave the World Behind is also a powerful lesson in perspectives. Alam hops between perspectives, giving each protagonist some time to shine, and interposing their internal dialogue with speech. It makes for an intense and even exhausting read, but it’s intoxicating. It does much to emphasise the noise of thought and the power of paranoia, the very real traps of perception and delusion we are all liable to fall into. The setting may be one of muffled forest silence, but Alam’s prose clammers with the noise of his protagonists’ thoughts, making me think that this book could easily and succinctly be replicated on screen.

Grand literary and expositional gestures are unnecessary in telling this story, and by aiming small, Alam has been able to hit much harder in this book

Fundamentally, the reader is confronted with two horrors: the fragility of the 21st century world order, alongside the equally fickle and contemptible psyche of the modern western individual. Despite its short length, this book deals with the fears, doubts, biases, and ignorances so many of us are fully aware of, but which we easily and often push to the back of our mind as we pursue deviations and distractions.

It’s a depressing read, if you choose to view it that way. But in the books lighter elements, it’s also endearingly realistic. Alam’s characters hold their flaws and fears as far away from their sleeves as possible, and we certainly wouldn’t want to think of ourselves as similar to them. Yet we begin to see a growing self-awareness as the end nears and their quick development is tantalising. This is made more interesting, because Clay and Amanda are by no means loveable characters. Their initial (and partially racist) distrust of apparent interlopers GH and Ruth (who are far more personable) immediately made me wonder if this book would taper off into some sort of Get Out-style scenario. In a good way, it doesn’t. Themes of class and race are touched upon enough to provide backbone, but not so much that it smears Alam’s nuances. Hopefully the film will do this aspect of the book justice, and will not try to distort what Alam is able to imply so subtly, yet powerfully.

Alam’s style also means that little needs to be said about the apocalypse-disaster event taking place. It’s an outside event, and the book is not about informing us of it, we are finding out about its impact on the protagonists and the world at large only to a minimal extent, enough to provide more gravitas. Simply done, the reader is only made aware that something big is afoot. Our protagonists take longer to comprehend it, and even when the book concludes they are still mostly in the dark. Frustrations did rise here, and it feels like the story is only really just beginning. Some readers will find this trying, and it’s certainly a bold move on Alam’s part that just manages to pay off.

Indescribably loud noises are the most tangible element of sci-fi awe that Alam creates. He recognises that less is more. Noises powerful enough to crack glass are the ominous portents of what is to come. The characters have no comprehension weapons could be sonic, “the sound – they didn’t know this – of American planes, in the American sky, speeding toward the American future. A plane most people didn’t know existed. A plane designed to do unspeakable things, heading off to do them”. Grand literary and expositional gestures are unnecessary in telling this story, and by aiming small, Alam has been able to hit much harder in this book.

Dramatic irony is certainly Alam’s understated tool, but it’s not overused. Combined with just enough exposition to inspire very real thoughts of doubt and dread in the reader, Alam will surely inspire more works, although some of his influences and forebears are obvious. It makes for a read that tires the mind, yet the book is very hard to put down.

For me, Leave the World Behind was a good read because it defied my expectations. The blurb was misleading, but I’m thankful for that. My expectations were lowered. Faults can be found in the somewhat cliché tropes and questionable originality, as well as the somewhat abstract nature of Leave the World Behind, which renders it more of a one-off read.

Alam’s prose and insights do much to vindicate it from these issues, but in terms of plot, details, and originality, Leave the World Behind probably won’t be remembered as a classic of the genre despite its intelligence. It is worth reading though, and it will certainly leave a mark. I will not be recovering from it any time soon, as I contemplate matters far more deadly and depressing than England’s Euro 2020 loss.