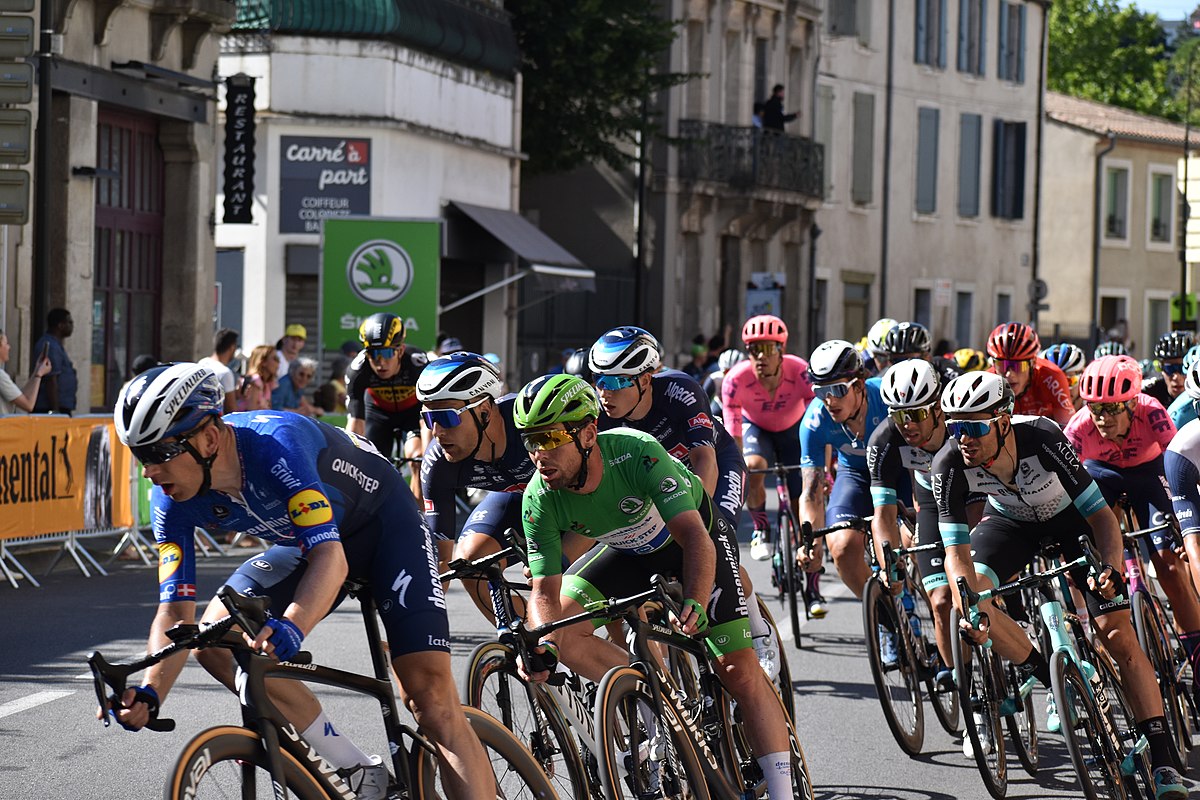 Behind all the clamour and furore surrounding England’s historic journey to the Euro 2020 finals, another Englishman’s success has been somewhat overshadowed.

While the nation’s eyes have been fixed on football, Mark Cavendish has been charting a resurgence in the cycling world that has seen him equal a record no one ever thought could be broken.

Just as the English football team have struggled for success over recent years, Cavendish has also faced his own share of difficulties. Plagued by injury and illness his journey to the 2021 iteration of the Tour de France has been more Mont Ventoux than Champs Elysees for its ups and downs.

It was in 2011 that Cavendish truly cemented legendary status in British cycling as he became the first Brit to win the points classification at the Tour de France soon after picking up an MBE for ‘services to British cycling’. The honours didn’t stop there either as he was awarded the BBC Sports Personality of the Year, with a 50% share of the votes, in the same year.

One stage win at the Tour de France is considered a lifetime achievement for many professional cyclists. The pinnacle of their career and a glorious moment to savour, one victory is not taken lightly such is the regard the tour is held in. But by 2011 Cavendish had 20 of them.

This, even for a sprinter, is astonishing. The Brit’s contemporaries Peter Sagan, a seven-time winner of the green jersey at the Tour de France, and André Greipel, another acclaimed sprinter, currently have 12 and 11 respectively.

Consistently adding to his stage win tally in successive years after 2011, Cavendish continued to impress and earn himself recognition as one of the greatest road sprinters ever. By 2016 he looked destined to overtake Merckx with already 30 stage victories to his name.

In 2017, however, Cavendish was diagnosed with Epstein-Barr virus which would continue to affect him in 2018. This marked a turning point in his career as he hit worse luck with a shoulder injury which forced him to retire from the tour in 2017 and then failed to make the time cut in 2018.

Having not been selected for the Tour de France in 2019 and 2020, it would have been safe to assume Cavendish’s already astounding career had petered out in a series of unfortunate events. But this year it was time for the ‘Manx Missile’ to get the luck he had been missing.

Signing for Deceuninck-Quick Step in 2020, Cavendish received a late call-up to the 2021 Tour de France after teammate and last year’s green jersey winner, Sam Bennett, was ruled out with injury. The Belgian team couldn’t have hoped for a better second choice.

Cavendish surged back to form, taking victories on stages four, six and ten putting him at 33 stage triumphs and prompting increasing mentions of Eddy Merckx’s 46-year-old record of 34 stage victories.

Opportunity arose on stage 13 as the peloton remained intact and mitigated any breakaway groups on their way into Carcassonne. With a tactically adept lead out team primed from delivering the green jersey to Sam Bennett in the previous tour, the stage was for Cavendish to lose.

In a sprint contested all the way to the line, it was this superior tactical advantage and experience on Cavendish’s part to time his attack to perfection that ultimately brought home victory. A late surge from Philipsen threatened to ruin the party but Cavendish was not to be defeated as he kicked again to take his 34th victory.

Equalling Merckx’s record firmly places Cavendish among the cycling greats and places him arguably as the definitive greatest sprinter of all time.

He may not be finished either. There remain two stages on the ‘Le Tour’ where there is every possibility for a sprint finish and further stage victories. Stage 19 and, of course, the iconic final stage on the Champs-Elysees provide ample opportunity for Cavendish to go one better and beat Merckx.

In any other year Cavendish’s achievements would take every sporting headline. England’s success at the Euros should not overshadow his success; the work of the ‘Manx Missile’ and the fashion of his return to glory should be considered one of the greatest sporting stories of the year and even the decade.