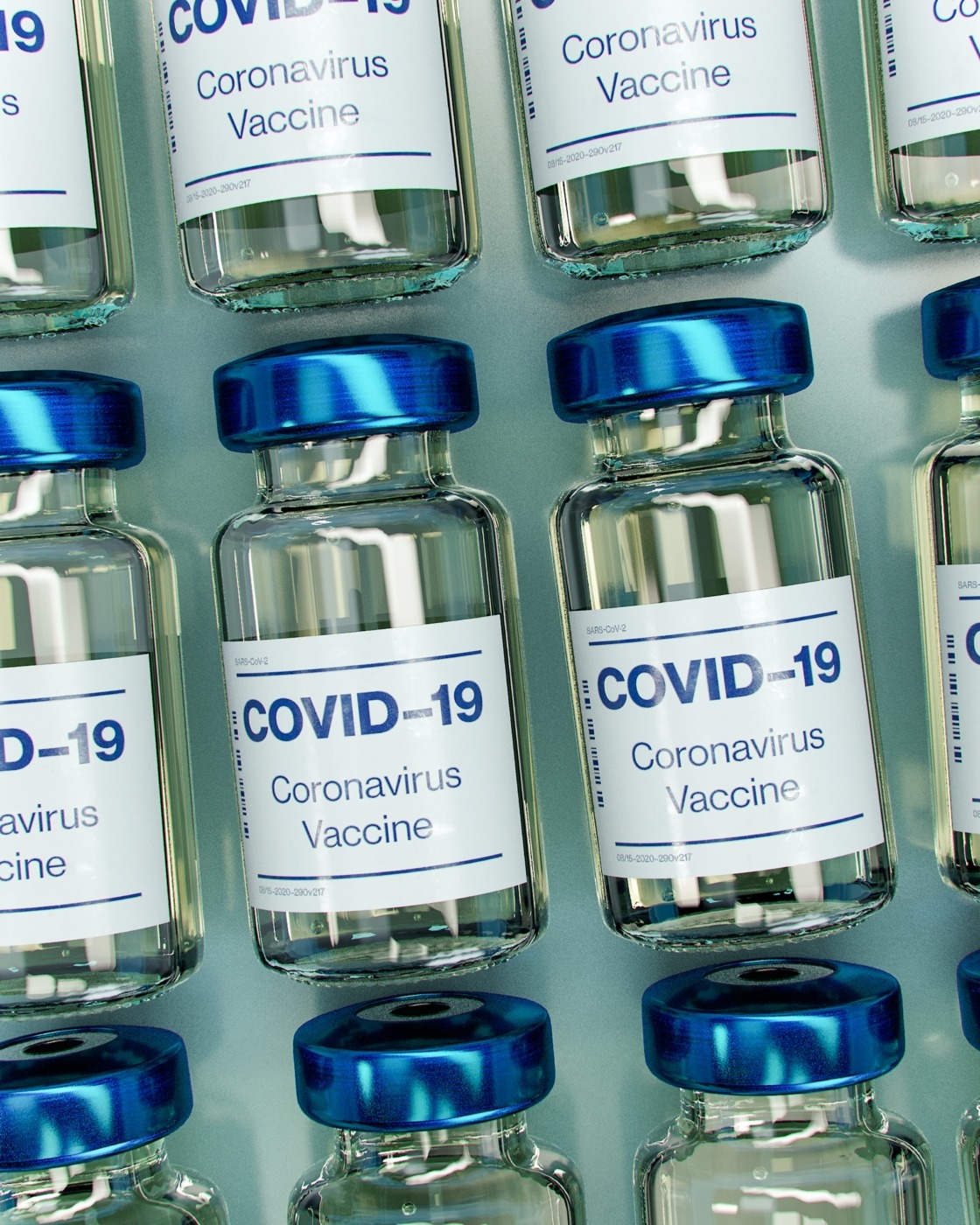 Part 1: A Guide to Rationalising Self-interest

The notion that ‘no one is safe until everyone is safe’, or evidence of an ‘vaccine apartheid’ have become undeniable truths.  Yet, the divisive “each-for-themselves” approach for developed countries have persisted. High income countries have administered 44% of the world’s doses, whilst low-income countries have only administered 0.4% as of last month. A solution to improving vaccine access is ensuring the rights of every country to make their own vaccines. This principle is the crux of a raging international debate on suspending intellectual property (IP) rights protection, on coronavirus vaccines.

Initiated by India and South Africa, proponents for the temporary ban argue the following:

For context, any decision on waiving IP rights would be taken by the World Trade Organisation’s TRIPS Council, which are normally reached through consensus. The proposal has support from a dozen low-income and middle-income countries, and a surprise endorsement from US President Joe Biden. However, the EU contends its alternative proposal is superior at boosting vaccine supply, and are among the developed countries with influential Pharmaceutical industries (UK, Canada, Japan and more) who oppose the proposal.

The opposition story goes like this. The first argument is logistical: IPR are not barriers to vaccine access, production bottlenecks and technology transfer are the real problem with vaccine supply, not IP rights. Second, legal issues whereby a waiver is bureaucratically inefficient. But neither holds true: this is a false debate.

The fact this debate exists is, really, a rationalisation of profit (at the cost of human lives) for Big Pharma.

Firstly, in refuting Big Pharma’s ‘arguments’ against patents I show that it’s, at best, PR foil or myths, and, at its worst, lies. It serves to distract, and misleads us from seeing the benefits of the waiver. From there, we see the legal barricades that Big Pharma puts up to prevent patents waivers from working, which politicians cite as a reason not to waive patents. Together, it establishes perfectly logical reasoning for Big Pharma to keep profiting – amid/from the human suffering.

Debunking the Myth: Vaccines are not a barrier to access

Arguments from Big Pharma sound familiar: “There is no evidence that IP rights in any way hamper access to Covid-19-related medicines and technologies.”  For starters, Big Pharma does have a history of impeding vaccine development and competition through transnational IPRs. In the TRIPS proposal, South Africa cites a legal battle launched by Medecins San Frontier (MSF) for how Pfizer’s patent blocked the development of alternative versions of a vaccine for pneumonia, with a similar case in South Korea as well. It is plausible that a similar situation will arise with Covid-19 vaccines, unless steps are taken to address the IP barriers. (Not to mention in the 1990s, innovative antiviral treatment for AIDS was basically unaffordable because pharmaceutical insisted on patent-induced monopolies 1990s).

This time around, the pharmaceutical industry pins the issue on production bottlenecks. They emphasise how patent waivers are like “handing out a recipe without the ingredients or instructions” since low and middle countries do not have the raw materials, infrastructure, and/or technology to scale up their manufacturing.  At face value, these arguments are just empirically weak. Politically, some take a more sinister form of misinformation. Together, it serves to distract us from the fact that waivers are beneficial and needed. For Pfizer’s CEO Albert Bourla, “[suspending IPR] threatens to disrupt the flow of raw materials . . . putting the safety and security of all at risk”. The argument is that a waiver risk is counterproductive: it diverts raw materials and supplies away from well established, effective supply chains to less efficient manufacturing sites, where productivity and quality is an issue.

However, these concerns are unfounded. Both patented and off-patent products go through the same rigorous regulatory processes. There are stringent regulatory authorities, and WHO could continue to play their existing role as arbiters of quality and safety for vaccines. To conflate safety and health issues with the IP system is simply misleading. Further, companies have a questionable track record of scaling up production themselves. In the past quarter, pharmaceutical companies have overpromised and underdelivered in their priority markets of rich countries. For example, AstraZeneca has projected it’ll deliver roughly 70 million doses by the end of the second quarter of this year, when it was supposed to have delivered the entire 300 million doses secured in the EU contract. That is not to say production bottlenecks aren’t a legitimate concern; but it remains a weak argument.

As stated by Moderna: “There is no idle mRNA manufacturing capacity in the world. This is a new technology, you cannot go hire people who know how to make mRNA — those people don’t exist.” Meanwhile, Johnson & Johnson says that it examined 100 potential partners but concluded only 10 were capable of making its shot. “There’s almost nobody you could license to. They couldn’t do it — you need a huge plant, huge skills, patent or not, it doesn’t matter.” However, there is evidence of manufacturers who have the capacity to produce additional vaccines and raw materials. Middle income countries can and are already producing vaccines according to the BMJ, a peer-reviewed medical trade journal, which cites voluntary licensing agreements made by AstraZeneca with Indian and Brazilian manufacturers. Meanwhile, other firms, from Israel to Canada, have tried but failed to get voluntary licensing deals, which hints at their production capacity.

Nonetheless, it is true that with the technology’s recency and revolutionary know-how, no other pharma company can replicate the vaccine quickly, even with additional capacity. On top of the intellectual property, additional technology transfer or access to materials is needed, which, according to McKinsey, could take up to months or years.

However, although bottlenecks cannot be instantly unblocked, the waiver will help improve access and supply in the medium to long-term. This is done in four main channels:

Further, waiving certain IP rules now lays the ground work for a better pandemic response in the future. It plants the seeds for regional vaccine manufacturing hubs around the world. This means improved vaccine supply for everyone. In other words, a more equitable distribution of vaccines against future pandemics.  Dr Arthur Caplan, who called the proposal “a red herring”, is right on one point: “No one is going to get a vaccine by next month.” Similarly, Norway’s Health Ambassador asserts: “Instead of going for an unreachable, ‘ideal’ solution that will not fly, they should identify where the barriers are and work on those.” However, patent waivers are by no means a red herring, or the “least of barriers”.

There are, of course, other or even more sound ways to ramp up vaccine production around the world; from COVAX to voluntary licensing, to sticking with the compulsory licensing clause in TRIPS (whereby governments allow other companies to produce vaccines without the consent of pharma companies who own the patents). However, the vaccine sharing program is struggling to reach its targets due to supply shortages (as recognised by WHO: “Money doesn’t help if there are no vaccines to buy”), while the latter has delivered limited results.  Technology transfer deals can and need to be ramped up alongside legal measures such as the patent ban. This solution is not a “red herring”, nor an either/or option. It is a necessary, if not insufficient, policy that has the potential to increase vaccine supply and global access. Presenting the issue as an either/or between patent waivers and other policy solutions is simply a distraction, and negates its urgent benefits.

On the legal side, Big Pharma still has plenty of tricks to play. It is on these grounds that Anthony Fauci feels “agnostic” about the TRIPS proposal, and argues it delays inoculation. “Going back and forth, consuming time and lawyers in a legal argument about waivers — that is not the endgame. People are dying around the world and we have to get vaccines into their arms in the fastest and most efficient way possible.” Even if a TRIPs waiver passes, pharmaceuticals could lawfully engage in being obstructive by, for example, refusing to disclose its know-how. It would be “difficult, if not impossible”, to mandate companies to reveal their secrets, because even if such companies were in court, judges would not know which information should be disclosed.

The main takeaway? Not only is the IPR debate false and misleading, more importantly, Big Pharma will likely purposely hinder a potentially life-saving solution to vaccine access. The absurdity lies in how politics have made these behaviours normal.  As seen, Big Pharma has tried to create conditions where a vaccine-patented world makes sense. It has distracted us with facts (but not truths) and opts to build hurdles to equity. Yet, the pharmaceutical industry’s arguments can’t withstand empirical facts. Stripped of its flak and technocratic sheen, IPR for covid vaccines is just naked self-interest. Worse still, this self-interest, in the form of legal obstructions and courtroom drama, is somehow just a fact of life, a normal state of things. All the while the ticking bomb of more variants, slower economic recovery, and unnecessary human losses descends.

The real question is: how is this status quo morally defensible? What’s really at stake is morality. If we don’t confront these realities, we accept the risk of Big Pharma’s disastrous history repeating itself.