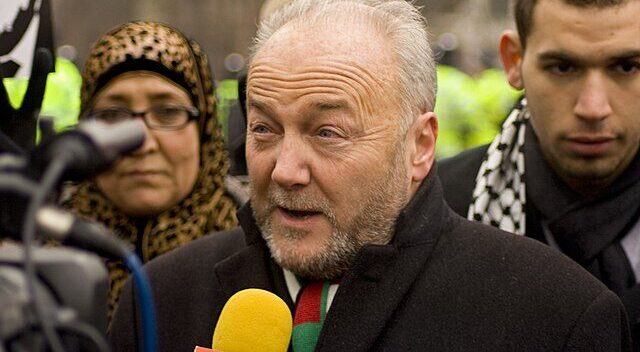 The Batley and Spen by-election has resulted in significant soul-searching within Labour as they assess the future of the party in the ever-changing political environment. Although indeed a Labour victory, the seat’s majority reduced from 3525 to 323 explaining the calls for a moment of reflection. Different factions of the party have predictably used the event to advance their own desires for the future of Labour. One such faction has asserted that the success of George Galloway’s Worker’s Party in splitting much of the vote in the constituency is a result of his ‘anti-woke’ messaging, a line the Labour Party should adopt according to such critics.

Galloway’s ‘anti-woke’ rhetoric certainly featured heavily in his campaigning for Batley and Spen. The leftist figure has attacked Starmer on a number of culture war issues, tweeting that he does not want children to be “taught that there are 99 genders” or that “men can become women by the mere act of declaring themselves to be”. Furthermore, the Galloway campaign has been accused of engendering anti-LGBTQ+ sentiment against the Labour candidate, Kim Leadbeater for her sexuality. These ‘anti-woke’ aspects of his campaign seem to have had some salience as a Labour councillor Jack Deakin commented that LGBTQ+ education in schools, something Galloway focused on, was repeatedly raised on doorsteps in the constituency.

Despite the apparent importance of such issues, they have been largely overstated in assessing the causes of Labour weakness in Batley and Spen. There seems to be limited evidence for the view that Galloway’s ‘anti-wokeness’ and Labour’s ‘wokeness’ was the reason for the narrow victory. Firstly, Leadbeater did little to emphasise LGBTQ+ issues and made the central aspect of her identity, her lifelong residency in the constituency, rather than her sexuality. Secondly, despite Galloway’s formidable attempts to make LGBTQ+ issues a focus of the by-election, such issues seem to have had little impact on voters who were more concerned about their perceived ‘abandonment’ by the Labour Party. Furthermore, there is little basis for the view that the Muslim community would abandon Labour simply over issues of gay rights as the Party kept these voters when they repealed anti-gay laws while in government.

Instead, much of the support for Galloway can be attributed to his ability to cater to the desires of the Muslim community in Batley and Spen. There was significant resentment at the Labour Party’s choice of Kim Leadbeater over a Muslim councillor in such a diverse community. Furthermore, many resent Starmer’s seeming inability to tackle rising Islamophobia or take a position on Palestinian issues and the injustices in Kashmir. The overarching sentiment of many that expressed their dissatisfaction with Labour in the constituency is that Labour has taken the Muslim vote for granted without doing anything to stand for the community.

there isn’t a coherent vision for the future of Labour

It seems local issues were also a major concern for many voters, limiting the extent to which we can extrapolate a nationwide directive for change to the ‘wokeness’ of the Labour Party. Mohsin Pandor, a local constituent, said he had ‘protest’ voted for Galloway partly due to his allegiance to the Palestinian cause, but largely because he had become frustrated with the neglect of the local park. Notably, he remarked that he and those like him would ‘always remain hopeful of a Labour party that represents minorities. Moreover, the murder of the former MP Jo Cox by a far-right activist in the Constituency just five years ago is never far from memory in the constituency. Cox, Leadbeater’s sister no less, undoubtedly impacted the way that Galloway’s harsh and often violent supporters’ actions were perceived by voters. Thus, the myriad esoteric features of the Batley and Spen constituency certainly impacted the result and limit how much we ought to extrapolate sweeping directives from it.

The discontents expressed by voters about the national Labour Party, though, ought to be headed. Many expressed the belief that there isn’t a coherent vision for the future of Labour. Starmer has not taken a stand on several key issues, and certainly on the issues of most concern to the voters of Batley and Spen. Namely, questions of Palestinian and Kashmiri rights and against rising Islamophobia, both within the Tory Party and wider society. Furthermore, and perhaps most importantly, local concerns have evidently not been listened to. Of course, one can argue that it is not the fault of the Labour council that there are more potholes than 15 years ago. The Conservative government can instead be held responsible for imposing sweeping cuts and rewarding Conservative constituencies with increased funds at the expense of Labour constituencies. However, while blame can be placed on the Conservatives, communicating the real culprit to voters is the job of the Labour Party, and evidently, under Starmer, voters have not been able to recognise the real villain.

The Batley and Spen result then, ought not to be looked at to show the path toward the future of the Labour Party and certainly doesn’t evidence a need to be ‘less woke’. However, there are lessons to be learnt about rising frustrations with the Labour Party and its messaging going forward.