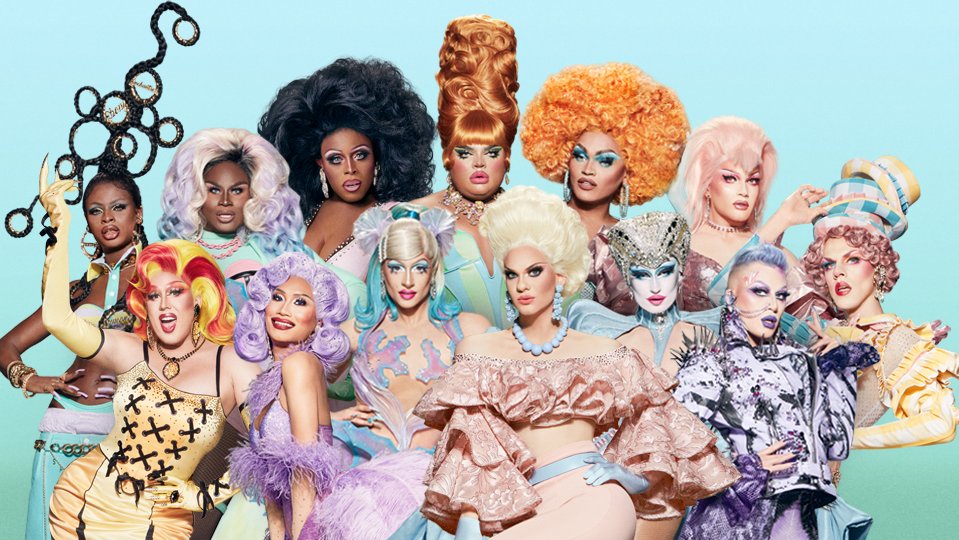 Over last year’s lockdown, RuPaul’s Drag Race became my comfort show – I watched three seasons’ worth in eight days. So, when they announced a new series, I was ecstatic to be able to watch a series in real time for the first time. But despite being overjoyed that (*BIG SPOILER*) Symone took home the crown, the series itself was a big let-down.

There were three fundamental issues with this series of Drag Race. The first was how ridiculously long this series ran for, which led to awful pacing. Airing its first episode on 1 January, the season did not conclude until 23 April, almost five months later. The series was the longest ever, with the first queen not eliminated until the fourth episode, with eight lip syncs happening before that point. The series still included a mid-season break at the end of February and a virtual reunion episode in April, dragging it out further.

Points of tension and drama got lost, as well as the memorability of the queens who left earlier on. This drawn-out series ultimately diminished the great elements of the show. By bundling in six lip syncs in the first episode for the ‘Pork Chop Loading Dock’ plotline, they became tiresome despite the brilliant budget spent on this year’s songs that included the likes of Janet Jackson, Britney Spears, Ariana Grande and Cher.

In comparison to the snappier British series occurring in parallel, the highlights of the series became distant memories with little sense of competition or tension created in the editing

In comparison to the snappier British series occurring in parallel, the highlights of the series became distant memories with little sense of competition or tension created in the editing. There were excellent demonstrations from a very strong cast in Drag Race staples, with stunning outfits at ‘The Bag Ball’, and a ‘Snatch Game’ episode that saw Harriet Tubman appearing alongside Paris Hilton. But all of this got lost in not only the length of the series itself, but also in the shadow of a much better British counterpart.

Returning back to the bizarre ‘Pork Chop Loading Dock’ fiasco, the next issue with the season was that it was horrifically predictable. By separating the queens into a winners and losers group in the first episode (and giving them very strong trust issues in the process) you immediately knew who was going to make it to the final. Three of the four final queens – Gottmik, series runner up Kandy Muse, and series winner Symone – were in this winner group, joined by only Rosé from the Pork Chop group.

Kandy Muse’s presence in the final was also easily seen given that she was kept in by RuPaul in the only double save in the series. This was then followed by Muse producing arguably two of the top three worst outfits of the season, pipped only to the disaster that was LaLa Ri’s bag corset. Muse wore a neon green alien outfit for the Beast runway (for which she was somehow kept safe) and a failure of a haute pockets look in episode 13 and STILL survived.

The series ultimately showed that the US version of the show is perhaps in a crisis.

The final issue was that the storylines in the series fell short. The series contained an explosive fight between Kandy Muse and Tamisha Iman early on, but not much more to latch onto. A little romance story to match that of Brooke Lynn Hytes and Vanessa Vanjie Matteo in Season 11 was also unsubtly (and badly) put in.

Also, the attempt to push for a trauma story surrounding show’s first transgender contestant, Gottmik, was unpleasant to watch. There were a couple of instances where the show’s namesake appeared to be desperately trying to create a storyline out of Kade Gottlieb’s (Gottmik’s real name) journey with his gender for the sake of a plotline. But Gottmik’s positive attitude meant the storyline fell flat, and portrayed the RuPaul in an awful light, considering including an out-trans drag performer already could have easily been seen as an attempt to hush commentary on  his previously transphobic comments.

The series ultimately showed that the US version of the show is perhaps in a crisis. While having some really talented and interesting queens, the show and its production let them down. For many (including myself), the show is about the queens and not its problematic host, and the over-editing which removed their authenticity was disappointing. Perhaps feeling the pressure from starting a Drag Race universe, an MCRu, if you will (I will see myself out for this joke), the producers have lost sight of the reality and authenticity required of the show to make Drag Race enjoyable.