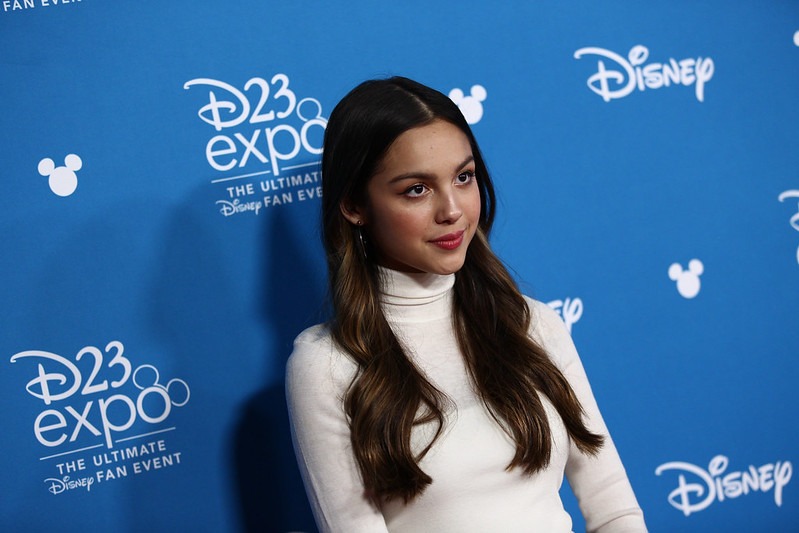 Olivia Rodrigo’s talent has been on the entertainment industry’s radar for a while now, releasing her first single ‘All I Want’ in conjunction with the Disney Plus series that made her name, High School Musical: The Musical: The Series. However, she reached a new level of recognition with the release of ‘Driver’s License’. The song utterly blew up, catapulting the 18-year-old to stardom, adored by the critics and obsessed over by the tabloids. The song earned a solid spot in music history but I couldn’t help wondering: how on earth can she top this? In her subsequent singles ‘Déjà Vu’ and ‘Good 4 U’, Rodrigo cemented her ability to make a song so powerfully resonate while also managing to detail such specific stories. These three songs alone covered a wide range of emotions and musical genres that I couldn’t wait to see explored even further within her album, Sour.

The album as a whole paints a perfect picture of the average teenage girl’s mind. While it has garnered some criticism for its lack of universality and relatability for a wider audience, that is what makes his album great. It eloquently describes the complicated feelings felt by so many girls today, and it is clear that Olivia Rodrigo is writing from heart, rather than writing songs to pander to a more general audience. While listening to the album, musical influences such as Taylor Swift and Lorde are clear, yet Rodrigo manages to maintain a clear and unique voice amongst them, letting her story be told in her own personal way.

I would argue that while the singles were well-chosen and the highest points of the album, there are a wealth of gems throughout Sour, in particular ‘Brutal’ and ‘Traitor’. ‘Brutal’ is an angsty anthem that perfectly encapsulates the experience of teens in this day and age with relatable lyrics and a driving rhythm, while also being incredibly fun to dance around your room to and sing dramatically into a mirror. ‘Traitor’ is a beautiful ballad that I would argue is far more heartbreaking than ‘Drivers Licence’ – it makes me want to stop whatever I’m doing and listen whenever I hear it.

My one criticism of the album would be that I wish Olivia Rodrigo had experimented a bit more – she has proven over and over again that she can write a heart-breaking ballad even if your heart has never been broken through her honest and vulnerable lyrics, and the album is full of songs that fully prove that. However, she has also proved that she can absolutely nail explorations into other genres such as the noughties pop-punk-esque ‘Good 4 U’, and I would have loved to have heard more songs like this or perhaps more songs of a completely different style. After all, she has proven she is more than capable of this versatility.

Overall I really enjoyed this album: Rodrigo has more than proven herself as a force to be reckoned with this outstanding debut, and I cannot wait to see what she does next. The album is not perfect, and it lacks variety, but will certainly be on repeat for the next few weeks.