In what had been an incredibly tense second innings so far, India’s lower batting order stood their ground to turn the tables and prevent England from securing the one-off four-day test match win at Bristol County Ground.

With India Women having not played a test match since 2014, and England enforcing the follow on on the previous day, the game looked comfortably in the host’s hands. This was certainly not the case.

Teen sensation Shafali Verma produced another exquisite boundary-ridden half century (63), but was halted by Katherine Brunt who took a spectacular catch at deep mid-on.

Allrounder Deepti Sharma’s knock for 54 continued India’s progress in making up the run deficit, before she got too comfortable at the crease and went for a risky slog which cut back onto the stumps.

Sophie Ecclestone did damage with the ball, claiming crucial wickets including Indian Skipper Mithali Raj and Harmanpreet Kaur. Ecclestone was the first England spinner to take a four-for in both innings of a test match, and her 64 overs were the most bowled for England Women in consecutive innings.

Despite the flurry of wickets that fell before and after lunch, an outstanding 104* ninth-wicket partnership from debutants Sneh Rana and Taniya Bhatia pulled the momentum back in India’s favour. This extended India’s lead whilst running the clock down, denying England the final wickets and another bat to take the win.

It was a hard pitch to force wickets on when India decided to shut up shop. We tried everything but couldn’t quite force it

England captain Heather Knight: “We really tried to force a result… The way we played all game, we were trying to move the game forward and force that result. The rain on day three didn’t help us very much and not getting all the overs in didn’t help… It was a hard pitch to force wickets on when India decided to shut up shop. We tried everything but couldn’t quite force it.”

Yes, the match was drawn, but this result is only part of the story. This one-off test match was an intense rollercoaster and a fantastic advert for women’s tests, which the women’s game has been starved of. With his 162nd appearance, James Anderson recently became England’s most capped men’s Test player in history. This is more test matches than the total number of women’s tests ever.

One could even say that the England and India debutants single-handedly renewed the excitement for women’s test matches. Sophia Dunkley’s masterful 74 not out and expert performances from Verma (96 & 63), Bhatia (44*), Rana (80* & 4/131), Sharma (29*, 54 & 3/65) and Vastrakar (1/53) demonstrate that the women’s game thrives in test matches. It is now up to the likes of the BCCI, ECB, and Cricket Australia to capitalise on this demand.

For now, one can look forward to the next fixture in this multi-format series. On Sunday 27 June England will return to Bristol County Ground to face India in the first of a three-match ODI series. 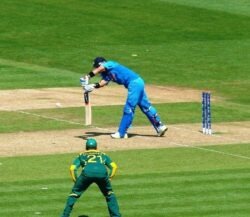 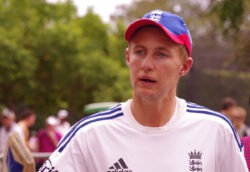