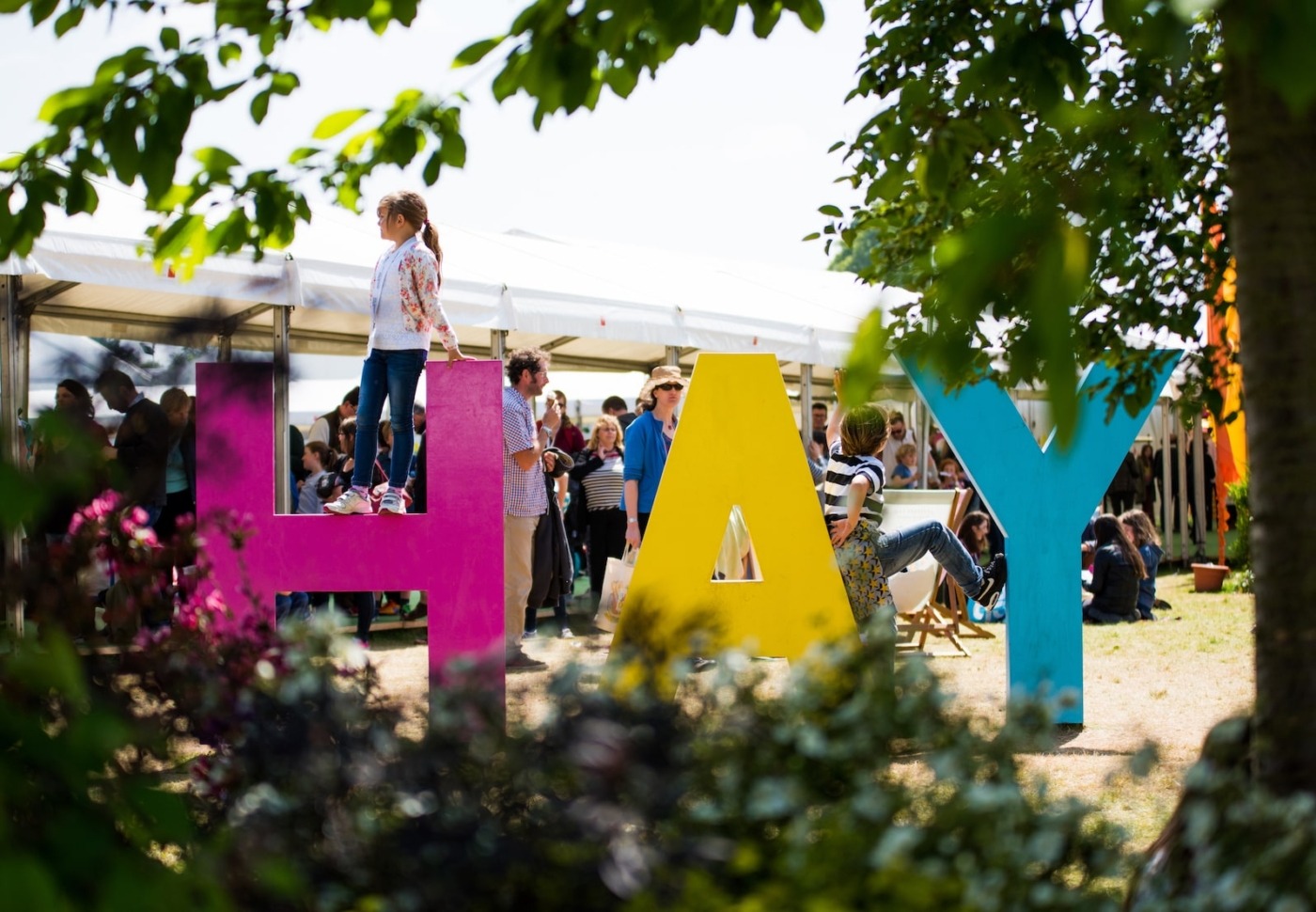 A day at (virtual) Hay: highlights from Saturday 29 May

The latest entry on the list of events cancelled thanks to you-know-what, the Hay Festival, kicked off last week. After a successful online festival last year, with book fans from all over the world tuning in, Hay has migrated from CrowdCast to a dedicated platform to showcase the very best of books out now. While I would love to be in Hay today (just thinking about it brings back the nostalgia of trying to find the right tent, rainy days, and sprinting to get in a signing queue), the programme is full of excellent speakers, not just from the UK, but all over the world, whom we wouldn’t be able to listen to otherwise. Looking for a break from exams, I tuned into some of Saturday’s (29 May) events, and settled in to watch some incredible individuals speak.

My first event of the day was The Christopher Hitchens Lecture, this year delivered by Anne Applebaum, introduced by Simon Schama, at 2pm. I imagined that I had just made my way from the Food Hall after filling my boots with the world cuisine on offer, walking the green carpeted walkways and following the signs to where I needed to be. While some technical issues hampered the start of the talk, the video and sound quality issues were fixed to let Applebaum’s thoughts and musings on the Twilight of Democracy – Disinformation, Polarization, and The Digital Future (the title of her talk) shine through. It is unsurprising that she placed particular emphasis on the role of the internet in shaping today’s political landscape, pointing out that Wikipedia wouldn’t be viable if created today – at its inception 20 years ago, it was “a glimpse of the internet that might have been”.

While it may seem that all is lost, the problems we face today “are the kind of problems that democracies have solved before. The solutions are in our history, they’re in our DNA”

No discussion about the digital world is complete without a mention of the problem of so-called ‘echo-chambers’ where we are “simultaneously isolated and submerged” in the ideas and agendas of those also in the bubble. While it may seem that all is lost, the problems we face today “are the kind of problems that democracies have solved before. The solutions are in our history, they’re in our DNA”. This captures the essence of Applebaum’s talk, which used plenty of examples to illustrate what the future could look like if we took the time to improve. I’m tempted to pick up a copy of her book, Twilight of Democracy: The Seductive Lure of Authoritarianism, if it’s anything like her talk.

Up next was a session that would have begun with a desperate dash from the 2pm lecture to the next venue, if the festival was in-person. Today, no rush was needed – I simply clicked the next link that popped in my email, allowing me to be right on time to listen to Colin Tudge and Anne Karpf talk to Rosie Boycott at 3pm. This event was streamed from Richard Booth’s Bookshop in Hay, in front of a small audience. The discussion was titled Re-thinking The 21st Century, a pretty broad topic. Quite a few of the events seem to follow a similar theme: 2021 feels like a turning point in a very new century, but nevertheless it is a moment for us all to think about how we want the 21st century to define our world. Karpf’s book highlights the relationship between improved gender equality and more successful climate policies, while Tudge’s book argues that a Renaissance is needed to transform our relationship with the planet. Karpf began by talking about how the “super emitters are mostly rich white men”, who dominate the 100 companies that are responsible for 71% of climate emissions. Some disagreement arose between speakers about whether our roles in society are determined by biology or society, but this was deftly handled by the chair. The discussion also touched on neoliberalism, agriculture, Covid-19, race, and it was interesting to see the links and comparisons that the speakers made.

My overall feeling is not of disappointment at not being able to attend bookish events like this one, but optimism

My day drew to an end with hearing from Mel Giedroyc, interviewed by Andy Bush. The talented presenter, comedian, and actress has published her debut novel, The Best Things, which follows a wealthy, middle class family who seem to have it all, only to lose it in an instant. It chronicles the journey of wife and mother Sally Parker, who no longer finds herself living her best life, then manages to get back on her feet after being knocked down. This talk felt very warm and friendly, with the pair knowing each other well, and gave an insight into the writing process of the book. She touched on her lockdown experiences (including a blindfolded chutney-tasting competition) and what it felt to be writing a book for the first time. I always enjoy hearing about writers’ processes and methods, and this conversation was just that.

While I didn’t manage to lie on a Hay Festival deckchair or have to restrain myself from buying books, I thoroughly enjoyed listening to these authors share their works with the rest of the world. My overall feeling is not of disappointment at not being able to attend in-person bookish events like this one, but optimism. A key takeaway from all of the events that I watched today is that we are capable of great things if we put our minds to it, and the moment that we start believing that all is lost, it becomes true. An apt message for unprecedented times, but one that we can take with us beyond Covid-19.