The Bees are up: why you should get excited about Brentford

After playoff final heartbreak in 2020, Brentford have finally found their way into the promised land of the Premier League.

Goals from Ivan Toney and Emiliano Marcondes, paired with a red card for Jay Fulton, gave the Bees a 2-0 win over Swansea City, seeing them safely into the top flight of English football for the first time since 1947.

Their performance against the Welsh team demonstrated exactly why fans of the club and of the Premier League in general should be excited about this team coming up.

Having suffered an agonising loss to Fulham a year before, and coming up against a team who had been in the Premier League as recently as 2018, you could have forgiven Brentford for letting the nerves get to them, but no such jitters were visible, with the West Londoners seeing off their opposition in composed fashion.

This neatly tied the bow on Brentford’s remarkable rise over the last 12 years, as they have successfully found their way from League Two to the richest league in the world, all while operating on a shoestring budget.

Despite this meteoric ascension, manager Thomas Frank is insistent that the club will stick to their philosophies, regardless of the league they compete in.

The club’s focus on buying undervalued talents and selling them on for significant profits is not an uncommon approach to the transfer market, but it is a difficult one to get right as consistently as Brentford have, and their smart moves have paid dividends, especially in recent times, with the sales of Ollie Watkins, Neal Maupay, and Said Benrahma raking in roughly £100m overall.

But Brentford are more than a team with a strong transfer policy, as they have become a fantastic institution for nurturing talent, with the aforementioned trio, along with their standout player this term, Ivan Toney, who took the step up from League One to set the Championship alight.

The striker signed from Peterborough in August 2020 for a club record fee of roughly £10m including add-ons, but the fee has proven well worthwhile, with the former Newcastle player setting a new record for most goals scored in a single Championship season with 31 in just 45 appearances.

With Brentford falling short of automatic promotion, it seemed likely that Toney would be moved on to a Premier League club in the summer should the club fail to progress through the playoffs, but having secured their top flight status, there is every chance that Toney remains with the club for at least another season.

If the Northampton-born striker does move on, he could bring in a club record fee of around £40m, but all at the club will be praying that they can hold onto this star just a little bit longer.

Toney is just a piece of the puzzle, however – Brentford play exciting football under Frank, finishing the season as the division’s top scorers.

Their style is somewhat reminiscent of Leeds United’s – free-flowing, attacking football that can cause problems for any team, as the Yorkshire outfit have proved this season in the Premier League.

It has been a very long time since we saw Brentford compete with the very best that English football has to offer, but they are a club on the up, flaunting a brand new stadium, brilliant recruitment, energetic and enjoyable football, and should they hold onto him, one of the hottest English strikers going into the new season.

It will take a bit of luck, no doubt, but as we’ve seen countless times this season, anyone can beat anyone on their day in the Premier League, and carrying the hopes of all the clubs at the bottom of the English ladder who dream of one day reaching such a level, the Bees will absolutely be buzzing. 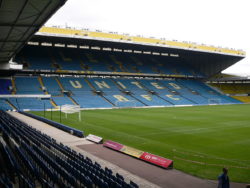 With Radrizzani, Orta and Bielsa, Leeds are finally equipped for their Premier League return 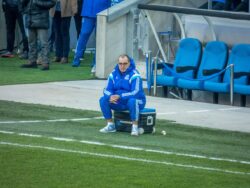 Why Marcelo Bielsa should be Manager of the Season 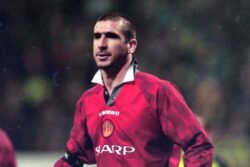 Why Eric Cantona should be in the EPL Hall of Fame