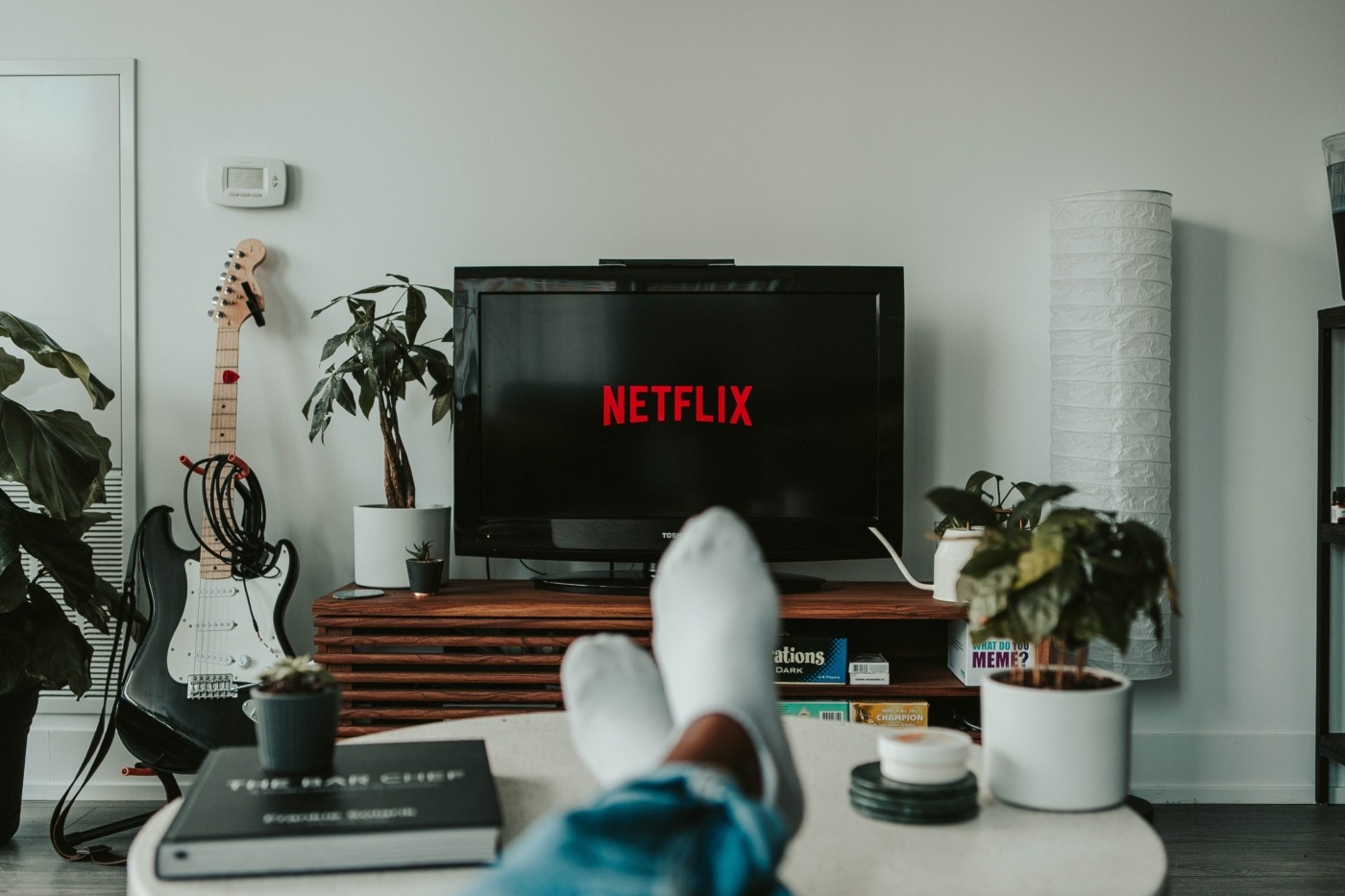 Ambient television: why streaming services are focusing on the background

It has always been common to walk into a home with a television playing in the background – they provide a comforting level of background noise even when no one is actively watching them. For every complex, high-action drama like Line of Duty that demands all of our attention, there seems to be countless programmes designed for an only half-interested viewer, who may be cleaning their house, cooking dinner, or just looking on their phone. Traditionally, this “ambient television” has been the realm of live TV, the pre-determined schedule of shows requiring minimal effort from the audience. However, as streaming services continue to grow in popularity, categories like ‘Casual Viewing’ on Netflix suggest that they are also keen to offer their own form of ambient television. Unlike live television, on these platforms, viewers have to make an active choice to put on something they know they will only half-watch. This suggests that, even with more choice than ever, we are still very much drawn to ambient television.

This year, the pandemic and nationwide lockdowns have made the comforting background noise of television even more appealing. When my housemates and I arrived at our new shared house at university in September last year, we never worked out how to properly connect our television to live TV, meaning we can only watch things on demand through streaming platforms. While it may be easier to watch our own programmes, alone in our rooms on our own devices, we often sit together in the living room with something on in the background, which allowed us to feel less isolated during the various lockdowns. Unsurprisingly, when choosing ambient television, escapism and familiarity seem more comforting. Our personal favourites have been yet another re-watch of The Office (US), or the gentle tour of the world in the travel/food show Somebody Feed Phil. Leaving an ambient programme playing episode after episode in the background while eating, working, or socialising together is a comforting backdrop after long days of online learning. For those living alone, ambient television helps to soften the quiet of an empty house, while watching feel-good television during lockdown was even heralded as a way of helping mental wellbeing.

Watching ambient television on streaming services creates a ‘bubble’, with no surprises and reassuring repetition, with each episode followed by more of the same

One of the key components of ambient television is a sense of predictability. Shocking twists are irritating if you miss half of them anyway: ambient programmes are often formulaic or lacking important plot points that could be missed. For example, you can turn on a game show halfway through an episode or walk into a room with a home makeover show playing without feeling like you’ve missed anything. Fewer adverts on most streaming services also reduce any unpredictability and make it even easier to watch just one more episode. Ambient TV can still be fictional, as long as its storylines are gentle and unsurprising. This has been demonstrated with Netflix’s Emily in Paris, which is described in the New Yorker as “soothing, slow, and relatively monotonous, the dramatic moments too predetermined to really be dramatic”. While the programme was condemned by most critics for its cringy portrayal of an American in France, 58 million people watched it in the first month after its release. Perhaps audiences’ awareness of just how bad the show is makes it even better for ambient viewing – if they miss an important scene or plot it barely matters, since it’s likely to be ridiculous anyway.

In contrast, during the pandemic, live television seems to be associated with much more negative emotions. While lots of people may have tuned in to live news to see the latest public health announcements, but with often anxiety-inducing news reports, others could avoid broadcast television altogether. One study by the University of Huddersfield suggested that “the strong association of public service broadcasting as the go-to source of trusted information made broadcast TV a less safe viewing space.” Putting a comforting programme like Pointless on is less relaxing when it is immediately followed by the six o’clock news’ footage of overwhelmed hospitals. In contrast, watching ambient television on streaming services creates a ‘bubble’, with no surprises and reassuring repetition, with each episode followed by more of the same.

While some criticise platforms such as Netflix for choosing to create bland and predictable content, it seems like a natural progression as streaming continues to take over from declining traditional broadcast television. The fact that so many of us are actively choosing to watch these ambient programmes reflects the desire for escapism and predictability after such difficult and uncertain world events. And with season two of Emily in Paris in production this month, it seems that ambient television is here to stay – or playing in the background, at least.