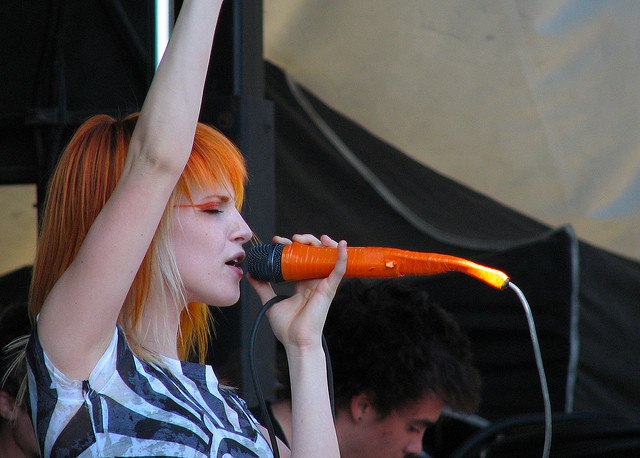 The Music That Made Me: Paramore

Listening to the roaring fire of guitar and drums at the beginning of Paramore’s track ‘For A Pessimist, I’m Pretty Optimistic’ gives me the kind of transcendent, soaring relief that I can only compare to the grovelling joy of removing a splinter or finding a searing toothache miraculously cured. The opener to Paramore’s magnum opus and my choice for the all-time definitive pop-punk record RIOT!, this track is a musical painkiller. It has a special significance for me, connected eternally to a time and place. First, I need to tell you about the school bus.

From the age of fourteen, until I left Sixth Form, I took two forty-minute bus rides every single school day. Scared of the older boys and happy to be left alone (some things never change), I brought my iPod onto that bus like it was a shield of armour. Each ride gave me just about enough time to listen to an entire album, more if I skipped certain tracks or moved on after the first chorus.

I quickly developed a routine. Every morning I would listen to Paramore’s first album All We Know is Falling, groggily and slowly waking myself up to the sounds of Hayley Williams reverberating the earth’s mantle as she poured her heart out over crunchy, seamless, explosive instrumentation. The rickety Arriva bus would pass through narrow country roads as I stared out bleary-eyed through a rain-stained window at the passing succession of wet, empty fields and catatonic sheep. The emo symphony firing through my cerebral cortex was both a bodyguard and a very cheap therapist. It kept me safe.

Listening to the unabashed outpouring of angst, hope and power was the perfect way to shove the day behind me

After enduring a day in which my oldest friend (Generalised Anxiety Disorder) would have made his presence very well-known and the bog-standard litany of assorted teenage rejections and disappointments would have played out, I got on the bus again. iPod. Scroll through artists. Paramore. RIOT!

There’s a passage in Anthony Burgess’s novel A Clockwork Orange (another teenage favourite of mine) where the protagonist describes what bliss feels like to him. He calls it “gorgeousness and gorgeousity made flesh…like silvery wine flowing in a spaceship.” Hearing and feeling the military grade percussion, irrepressible vocals and unmistakable cathartic energy punctuating every track on the album is my silvery wine flowing in a spaceship. Listening to the unabashed outpouring of angst, hope and power was the perfect way to shove the day behind me. It made me feel like a character in a film, experiencing a strange euphoric sense of bittersweet victory after another day of horrors like double maths and hopeless crushes.

As the opening track to the album, ‘For A Pessimist I’m Pretty Optimistic’ (my god, even the title just screams emo) has always stuck in my mind as the “leaving school song”. I’d delay playing it sometimes. The reason why might seem a bit sad now. There was a sizeable hill on the outskirts of the Shropshire town where I went to secondary school and I learnt to time the start of the album so that as the chorus hit, the bus would reach the top of the hill and the plummeting amber sun would suddenly invade the upper deck of the bus. It was a strange perfection.

I’d discovered Paramore when I was about eight. My family had moved homes and I was finding the experience of living somewhere new and different very scary (some things never change). My sister and I would do the washing up together most nights and afternoons and invariably we would have the radio on, Kerrang FM the station of choice. It was pretty much what you’d expect to hear on a pop-punk radio station in 2008. I remember cleaning lots of pots, pans and plates whilst the exquisite sounds of Avril Lavigne, Sum 41, and Fall Out Boy filled the kitchen air. One day, the station played a Paramore song called ‘That’s What You Get’. I will always remember where I was when I first heard it.

‘That’s What You Get’ opens with a single punch of percussion, before the guitar hits you like a shower of heavy gold. Paramore’s lead singer Hayley Williams will always be my favourite vocalist of all time. Her voice is like maple syrup injected with a hit of tabasco, both indomitably world-conquering and startlingly confessional. Hayley Williams’s vocals just seem to swoop into this track, picking up the instrumentation and infusing it with a blunt, crushing intimacy. It is the pinnacle of pop-punk. From its irresistible millennial whoop chorus to the unhurried, introspective bridge, the song is an unstoppable anthem.

Both the track and its uncannily perfect music video capture the spirit of adolescence shockingly well. The lyrics seem to suggest an internal mental war, the force of your emotions triumphing painfully and inevitably over your rational senses. The image is a carousel of heartbreak, and it still appeals to me immensely. If you banished me to a desert island and gave me the choice of only a single song, I’d be begging you to let me take ‘That’s What You Get’ and nothing else before you’d even finished your sentence.

For me, RIOT! is an album of sunsets. Leaving school, washing up in the early evening, sitting alone in my room. Always on

It’s funny how powerful music is so strongly attached to a time and a place. For me, RIOT! is an album of sunsets. Leaving school, washing up in the early evening, sitting alone in my room. Always on. Its follow-up LP Brand New Eyes is objectively speaking Paramore’s greatest accomplishment. I remember listening to the entire thing on a train coming back from London to Birmingham, staring out at silent pastoral landscapes floating in near darkness. As a result, for me Brand New Eyes is an album of the cool, blue night.

I’ve barely scratched the surface of Paramore and their importance to me. I can’t begin to assess their albums as I can other music. To me, they are more than records. They’re memories and gateways into my past. I experience them like flipping through a kick-ass family photo album. Bliss.

The Music That Made Me: Arctic Monkeys 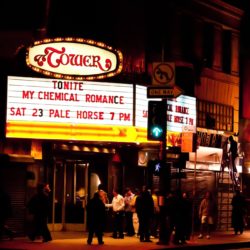 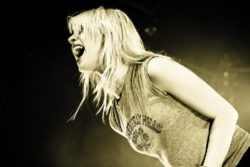 Hayley Williams is undiluted and genre-neutral on ‘Petals For Armour’