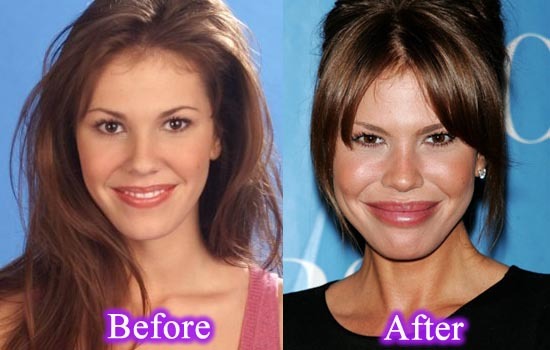 When you break down what stimulates viewers, and what we class as ‘entertainment’, the majority of those shows (when involving real people) have us being nasty, judgemental, hyper-opinionated individuals. We jump on celebrities, attacking them and believing that our views on their appearances are warranted, as we’re insecure about ourselves and are looking for a distraction. Entertainment is escapism from our everyday problems. However, when nurturing our insecurities by berating stars that seem to live on our screens, we forget that these celebrities are in fact human and have feelings.

Charlotte Crosby has rightfully called out the toxic, manipulative series that is Celebrities: What Happened to Your Face?, which, with its vindictive sounding title, exists purely to bully and harass an element of life that doesn’t concern our input. Deeming the show to be “immoral” and ignorant towards her and her team’s concerns over its impact on her mental health, Charlotte’s criticism is completely justifiable.

“Will they now take responsibility for my dip in mental health and plummeted self-esteem? Do they take responsibility for the resulting press from the show, again discussing how ‘shocking’ my face is?” she asked. Coming just after a year since Caroline Flack’s death, it seems viewers and show creators care only about an individual’s mental wellbeing when the drastic happens. With stars in the limelight, people at home refuse, and find it almost painful, to accept that like the rest of us, celebrities age and appearances change over time, no matter your level of fame. This has added pressure, imposed by us, onto those on TV to do everything possible to maintain “good” looks. This means, for many, having plastic surgery done.

With Charlotte “undergoing her first nose surgery in 2016 after becoming self-conscious over her appearances on TV, and later using lip-fillers”, it’s evident that we, the consumers, are creating a demand for stars to get surgery. The public nit-picks their appearances pre and post-change. How can we justify trolling and unnecessary comments afterwards when it was our initial bullying that pushed celebrities to change in the first place? You cannot please everyone, yet we expect those on TV to do so with their looks as if that’s owed to us.

It’s not just Channel 5 that must take responsibility, but those of us who watch the shows that facilitate this kind of harassment: “While we acknowledge that the programme was Ofcom compliant, we have taken on board Charlotte’s feedback and removed the episode from our streaming platform My5.” Those retweeting about body positivity and hashtagging “be kind” when it concerns “normal” people need to re-evaluate their façade of acceptance and support when it’s not applied to everyone.

We see people gatekeeping looks, as if to not have surgery means you are better or have “won”. We bully people who lie about whether they’ve had surgery, but is it any wonder they do when we ultimately demonise them for it? There’s a difference between misleading young audiences and giving an unnecessary explanation about something that doesn’t concern anyone else. The pressure surrounding celebrities being honest about their changing looks is ultimately us expecting people to give us everything about the ins and outs of their lives. We shouldn’t demand honesty or explanation from celebrities when we cannot be honest with ourselves and the way we see people like Charlotte as fair game to bully, yet when it’s someone from our real lives we defend and commend personal choices and self-expression.

People don’t exist for us to find them physically appealing

Changes in appearances don’t explain the events in a person’s life or their mental state. We are too quick to speculate because we find it entertaining and are detached from consequence. However, even after people regretted comments made about Chadwick Boseman’s weight loss in 2020 after discovering his private battle with colorectal cancer, we see recently people berating Zac Efron.

We’re superficial for expecting stars that we found attractive growing up to defy the laws of nature. Just because Efron starred in a film where he magically regained his 17-year-old looks, it doesn’t mean he will stay the youthful teenager forever. Why are we clinging on to the looks of someone who was a teen when they became famous? The man is now 33 years old. With the first season of Down to Earth, people commended the new dad-bod change, but it’s problematic how we accept that appearance change because it fits with our idea of what’s attractive, yet make jokes about Efron’s new lips and jawline. People don’t exist for us to find them physically appealing.

Whether it be for medical reasons, vanity, or a result of pressure, we cannot continue to assume that just because people are on TV, it’s acceptable to comment on their faces and bodies.