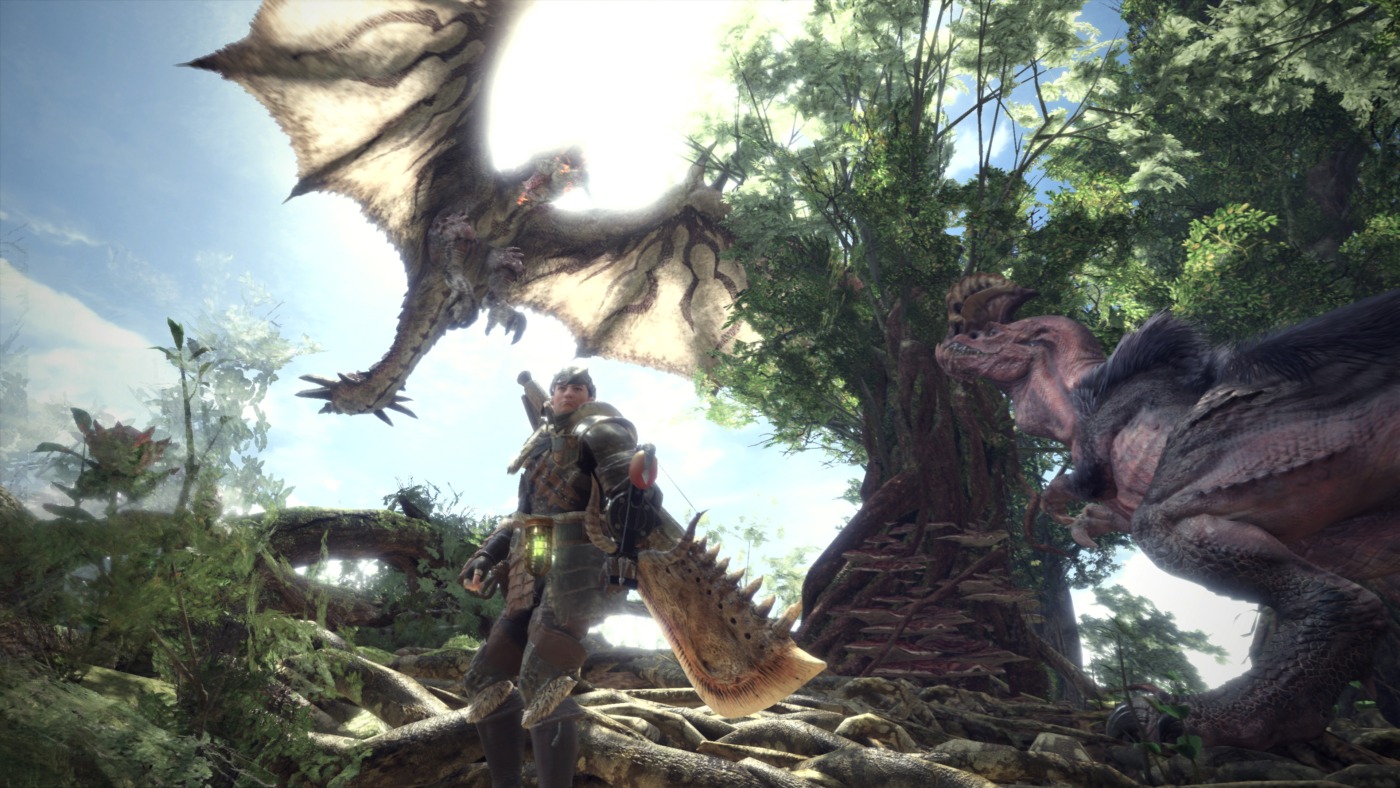 When I was nine, the J-RPG called Monster Hunter: Freedom Unite on my PSP was a blast to play. Although I enjoyed the game, it always seemed like a missed opportunity in my young eyes that the series where battles could require incredible amounts of graphics and processing power never made an effort to seriously expand to big-screen gaming on home consoles or PC in the West.

That changed on 26 January 2018, when developer Capcom stunned the world with Monster Hunter: World.

It was greater than any big-screen monster hunting experience nine-year-old me would have dreamt of. The smooth gameplay which my more powerful Xbox One delivered compared to my old PSP meant minimal loading times and epic showdowns between man and nature, with incredible levels of immersion.

But here’s the thing; the Xbox One or the PS4 were not the only reasons Monster Hunter: World became undoubtedly the most popular Monster Hunter of all time against its mostly portable siblings on the Nintendo 3DS, Switch, and PSP. They made the graphics and the smoothness of the gameplay infinitely better, but what was truly revolutionary about this series’ defining entry was for me its soundtrack.

Although Monster Hunters beforehand did well too in this regard, the music for the Dragons in the New World somehow just sounds more fitting

Monster Hunter has, for many (particularly older) entries into the franchise before World, based each game’s main theme around the original’s – Proof of a Hero which, to be fair, was already a masterpiece of an OST. Yet World did things differently, and it worked even better.

Stars At Our Backs is undisputedly the best main theme of any Monster Hunter. Yes, I would argue even more so than the original. Although nowhere near as iconic as Proof of a Hero, World’s main theme perfectly captures the magnificence of the New World which Capcom created for its most ambitious Monster Hunter. The violins which build up the music to the epic drop when the first chorus hits are, for lack of better words, simply beautiful. It is its uniqueness compared to all other previous OSTs, which makes the first large scale Monster Hunter on home consoles and PCs so special.

This is not even to mention all the monster battle themes. From the very first quests, the Ancient Forest immerses every player into this fictional universe with urgency portrayed in music composition only found in the greatest of blockbuster movies. Then, once the player progresses into the locale named the Elder’s Recess, every single ‘Elder Dragon’ (which are essentially endgame level bosses) the player faces has their own battle theme, each perfectly executed.

Every Elder Dragon has its own temperament and personality that Capcom wants to portray. Although Monster Hunters beforehand did well too in this regard, the music for the Dragons in the New World somehow just sounds more fitting. Teostra, a returning monster in the series, is now more fitting than ever to be crowned as the ‘King of Fire,’ as his Japanese or Chinese names (炎王龍) would have him to be with his remastered theme (for example this is a comparison between Teostra’s theme in Monster Hunter: Freedom Unite and in World). Veteran hunters would also agree that other returning monsters such as the master of wind, Steel Dragon ‘Kushala Daora’s’ theme saw significant improvements in its overall sound quality and level of immersion as well.

This is the OST of all OSTs; where the monster of all monsters’ theme was composed in such a way to collide with the hunter of all hunters’ (you, the player)

And who could forget the icon of the entire game, ‘The Eater of Elders’ – Nergigante’s theme? Upon first observation, it is immediately clear that this Dragon is an aggressive and unpredictable spikeball of a creature; and its OST captures exactly that. Then there is also what is in my opinion perhaps the greatest battle track of all time in any game – the battle theme of Arch Tempered Nergigante.

Being the most difficult iteration of the flagship monster, Arch Tempered Nergigante’s battle theme conveys heroism and a life or death struggle like nothing else. This is the OST of all OSTs; where the monster of all monsters’ theme was composed in such a way to collide with the hunter of all hunters’ (you, the player). Will the Sapphire Star be truly at your back, or will the sheer terror of The Eater of Elders tear you and your team apart? Arch Tempered Nergigante’s theme puts the fate of the most battle-hardened monster hunters in perspective.

In reality, every OST, be it from the hunter’s village ‘Astera’ or even the multiplayer gathering hub Monster Hunter: World deserves a mention in this article. The fact that so many aspects of the game’s soundtrack has not been covered here, but should have, is a tribute to the level of quality music Capcom generated for its best selling game.

Ever since Monster Hunter: World, the series has been forever changed; long gone are the days where Monster Hunter is only a big title in Asia and on portable consoles. I look on as Capcom creates yet more masterpieces such as with World’s expansion pack Iceborne in 2019, and wish that their creative prowess in soundtrack composition never loses the magic it possessed when making Monster Hunter: World.