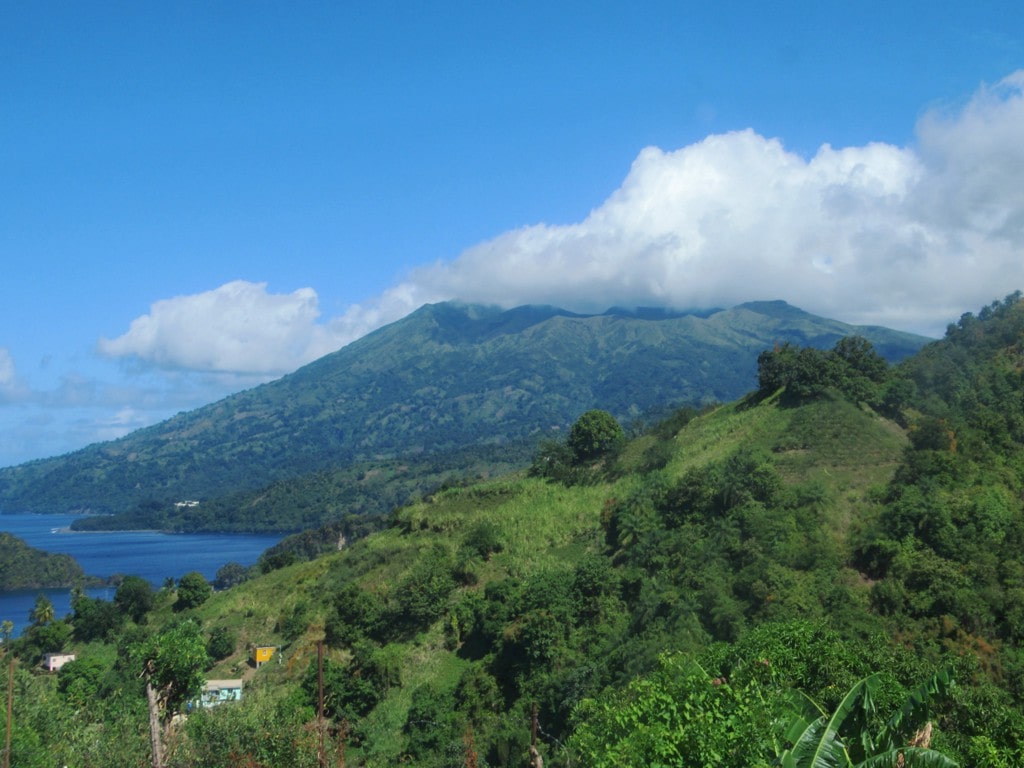 La Soufrière eruption: what has the impact been on St Vincent and the Grenadines?

Just one day after authorities ordered the evacuation of the Caribbean island of St. Vincent, a billowing cloud of ash and smoke plunged the island into darkness. The La Soufrière volcano had erupted, ending a 42-year slumber on 9 April 2021 with the first of many explosive eruptions that continued throughout April.

Weeks later, St. Vincent and the Grenadines are struggling to escape the shadow of La Soufrière. The Vincentians had been well prepared beforehand to anticipate a potential eruption – however, the unavoidable devastation has many uncertain about the prospect of a quick recovery. A growing humanitarian crisis, economic ruin, and the rumblings of a still-restless volcano haunt the island nation’s future.

La Soufrière is St. Vincent island’s tallest stratovolcano. Known for its rare but highly destructive eruptions, the volcano has only erupted 23 times in the past 4000 years. This is due to its highly viscous magma, which traps gaseous emissions within it and causes a slow build-up over time, leading to an explosive force when the gas finally escapes to the surface.

Explosions have shot volcanic rock, toxic gases, and ash from the volcano all over the island

Of the current eruption, 10 of at least 30 explosions identified since 22 April have been found to be particularly forceful. Readings by the Global Disaster Alert and Coordination System (GDACS) found the 9 April eruption to be as powerful as La Soufrière’s deadliest eruption on 6 May 1902, which killed 1680 and left 4000 homeless.

While no deaths have been reported linked to the current eruption, dangerous conditions have both hastened and complicated the need for rapid evacuation. The explosions have shot volcanic rock, toxic gases, and ash from the volcano all over the island, complicating evacuation and emergency relief efforts particularly for those in the red zone near the volcano.

For the islanders living in the volcano’s shadow, escape is difficult. The north, where La Soufrière is located, is linked to the south by a single road. Videos posted by evacuees on social media have shown the path to be bottlenecked at various points due to human traffic. Behind them are lahars – dense mixtures of rock debris, ash, and water – rapidly engulfing the settlements of those left stranded as recently as 28 April.

110 miles away, the ashfall has reached neighbouring Barbados, forcing the closure of its airport

The ashfall from the volcano poses the greatest threat, both domestically and internationally. Close to the volcano, the weight of the ash had caused roofs to crumble from the first day of eruption. Respiratory health concerns from the ash and smoke inhalation have both hastened and hindered rescue efforts in such areas. 110 miles away, the ashfall has reached neighbouring Barbados, forcing the closure of its airport due to visibility issues.

While the Argyle International Airport on St. Vincent tentatively reopened on 20 April, the still-active volcano means that flying remains risky. The most reliable option of escape, by boat, comes with its own set of difficulties.

Many cruise ships have offered their services to the evacuees, taking them to neighbouring Caribbean countries that have offered shelter. Unfortunately, Barbados, Grenada, Antigua and St. Lucia will only allow those who have been fully vaccinated for Covid-19 on their shores.

Internationally, countries have expressed concern for their own citizens affected by the eruption. The United States and the United Kingdom have both arranged special transport for their stranded citizens to leave St. Vincent.

Around 20,000 people are documented as seeking refuge in 87 shelters

It is unlikely that those whose lives are most endangered by the volcano will have been vaccinated. Most live in rural regions around the volcano, and are a group consisting of the most vulnerable and impoverished on the island. Had some been evacuated, most would remain in shelters set up in the south of St. Vincent island, the crowded conditions bringing about fears of a potential Covid-19 outbreak.

Currently, around 20,000 people are documented as seeking refuge in 87 shelters on St. Vincent. Though supplies have been promised through donation drives on social media and international aid, the situation still remains dire. It is difficult for the supplies to reach the island as the situation remains tenuous, and access to clean drinking water and electricity remain at large for the whole island.

It could take years for the island to recover, physically and financially. Two days prior to La Soufrière’s eruption, Prime Minister Ralph Gonsalves admitted that the country was deep in an economic crisis, such that the government would soon be unable to pay its civil servants.

St. Vincent’s primary industry is tourism, an area that has already been affected by the Covid-19 crisis and global travel bans. With the eruption of La Soufrière, the verdant landscape that drew tourists to the island has since been obliterated.

The eruption has cost St. Vincent not only half its GDP, but also its agricultural sector

Near the volcano, the farming belt of the island – built on the fertile volcanic soil and home to St. Vincent’s poorest – has been wiped out. Finance minister Camillo Gonsalves estimates that the eruption has cost St. Vincent not only half its GDP, but also its agricultural sector, which accounts for 15% of the economy and is among the largest employers on the island.

Didier Trebucq, UN coordinator for Barbados and eastern Caribbean countries, described the situation on the island as “apocalyptic”. The UN has sought funding for US$29 Million on 20 April to aid the recovery of St. Vincent and the Grenadines, in addition to US$1 Million already released in emergency funding. It has warned that the humanitarian crisis could continue for months if sufficient help does not come soon.

Optimistically, help has arrived in droves, in particular by the island’s Caribbean neighbours. A virtual meeting on 15 April saw Caribbean Community (CARICOM) members affirm their commitment towards helping their disaster-stricken neighbour – from food and water supplies to security, technical, and material support.

St. Kitts and Nevis has pledged US$1 Million in aid, as well as shipping two containers worth of emergency supplies to St. Vincent. Guyana has also committed more than 350 tonnes of varied supplies – in particular, fresh water to the island contributed by both private and governmental sectors. Aid is also coming in from Antigua, Jamaica, St. Lucia, and various non-profits and non-Caribbean countries.

In Europe, the EU has mobilised €740,000 in emergency aid through the Red Cross and active humanitarian partners in St. Vincent. Its satellite service is also helping map and analyse the volcano for future outbursts.

Britain initially contributed £200,000 through the Caribbean Disaster Emergency Management Agency on 12 April, a move it says will allow for the mobilisation of regional support teams and urgent relief aid. However, it has been criticised – along with the Queen’s message of thoughts and prayers for those affected – for being seen as a token gesture.

In particular, Denis O’Brien, chairman of Caribbean telecom Digicel, has criticised the response as “pitiful.” Citing the island’s close links to the United Kingdom in both the historical and the modern-day, he urged the UK government to do more to aid their former colony.

Much of St. Vincent’s population consists of the lineage of former slaves brought over to work on sugar plantations under colonial rule. The indigenous population was also forcibly relocated from the coast to the edge of the volcano by the British, rendering their descendants highly vulnerable to the current eruption. A large percentage of the Windrush Generation of Britain also came from St. Vincent and the Grenadines, helping fill a major labour shortage post-World War II.

As happy as they are to have shelter, access to food to fill their belly, it’s like they are losing hope

The United Kingdom has since pledged a further £550,000 of support in the form of food, water and other essential items through the World Food Programme on 27 April.

While the physical aspects of the aftermath of the eruption have been reported extensively upon among the countries that have provided aid in such areas, few touch upon the mental state of St Vincentians whose lives have been affected. With recovery foreseen to take anywhere from a few months to years, those displaced are unsure when they can return to their homes, or if they even have homes to return to.

Felicia, a shelter worker on the island, fears that a mental health crisis is already gripping the country as the situation drags on. “As happy as they are to have shelter, access to food to fill their belly, it’s like they are losing hope,” she says. “That’s really hard to watch.”

Still, Vincentians are hardy and independent people. Felicia and Prime Minister Gonsalves have both expressed their confidence that despite the trauma they faced, they will survive and recover stronger than ever.

For now, the situation remains dangerous. Despite current seismic activity stalling, the volcano continues to erupt, remaining at alert level red. As Vincentians struggle to rebuild and find support among themselves and the global community, La Soufrière carries on its reign of destruction.