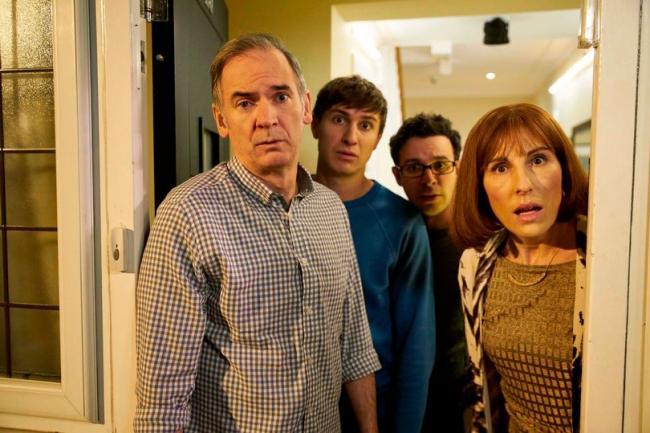 By Emilia Growney
May 7, 2021
Posted in Features, Points of View, TV, TV Picks

It’s without a doubt that the death of Paul Ritter, 54, has left an unfillable hole in the acting industry. His versatility, ranging from serious Soviet engineer to the wizard Eldred Worple to countless live stage productions, is unmatched. Most loveable is his portrayal of Martin Goodman in Friday Night Dinner, an incompetent, embarrassing father – which is the polar opposite to his role in Chernobyl, exemplifying this man’s talent. Simon Bird (his “bambino”) has even stated that “he was the best in the business”. Paul Ritter always understood his acting assignments.

What makes ‘Father Goodman’ such a compelling character is how utterly hopeless and realistic he is as the everyday embarrassing dad. There is something beautiful about the mundane when I watch Martin fight with his son Jonny (Tom Rosenthal) over 1p worth of ketchup, deeming it a “waste” before spooning the contents into his mouth. The similarities between Martin and many viewers’ fathers, like my own, are endless, making every episode a comfort to watch – no matter how ridiculous the shenanigans, I always find them to be incredibly relatable.

He was iconic in being his embarrassing-dad-self

Throughout the years, nothing felt forced. The development was natural with no over-the-top shifts in the characters’ behaviours and personalities; Martin Goodman was a creature of habit who couldn’t care less about what people thought of him eating out of bins and walking around topless at every possible opportunity. His hatred of and inability to use technology (“read it off a bloody screen”) is similar to my father’s; he purchases a fax machine and hoards magazines he will likely never finish reading. The man knows what he likes and sticks to it.

He was iconic in being his embarrassing-dad-self. I feel the entire purpose of his character is to teach us to embrace our fumbling dads who make us hide fox bodies or carpet stains from our mothers. Martin’s flaws were the reason people resonated with his character; although an adult, he never lost his sense of humour, immaturity and stubbornness, traits which transcended to his pranking “shithead” sons, making the overall family dynamic much more plausible, so much that you forget that they’re not actually related.

It’s undeniable that without Jackie (Tamsin Greig), Martin would be unable to function. Behind every hapless man is his wife to ensure survival. If it wasn’t for Jackie cooking up a “lovely bit of squirrel” most Friday nights, I doubt Martin would ever bother to eat a decent cooked meal. Smuggling brie into a toilet in protest of his new diet, which he deems to be “like living in Nazi Germany”, it’s evident Martin cares very little about healthy eating and is extremely childish and melodramatic. It’s clear that Jackie has not two but three sons that she has to discipline. Finding Val insufferable and proving that point by eating 20 year expired canned meat TWICE, getting himself in hospital and out of Val’s meddling in his home, Martin is able to kill two birds with one stone no matter how insane the process. Something about Martin’s bumbling persona, with him and Jackie both retired, keeps the spark in the household alive, which is a pleasure to watch. The Goodmans’ marriage (aside from slight hiccups such as Martin dream of cheating “in a bath of milk with Lady Di”) is wholesome, practical, and without the humorous back and forth of Martin messing up dinners with glass and squeaking beef, it wouldn’t be the same.

Martin isn’t completely hopeless, however, and this is what makes him such a lovable character

Martin isn’t completely hopeless, however, and this is what makes him such a lovable character. From arranging surprises for his wife in a run-down safety hazard of a caravan, to frequently asking “females?” in hopes that Adam (Simon Bird) finds happiness, Martin Goodman undoubtedly cares about his family and is incredibly present (despite him being a little deaf). As much as he name-calls his half-witted gibbons of sons, they are always his “bambinos” with whom he confides all his mishaps for support, even if it means bribing them.

An upcoming documentary will be shown honouring Paul Ritter later this spring on Channel 4, playing unseen outtakes, behind the scenes, and interviews with the remaining cast to celebrate the 10-year anniversary of the first airing. 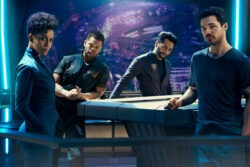