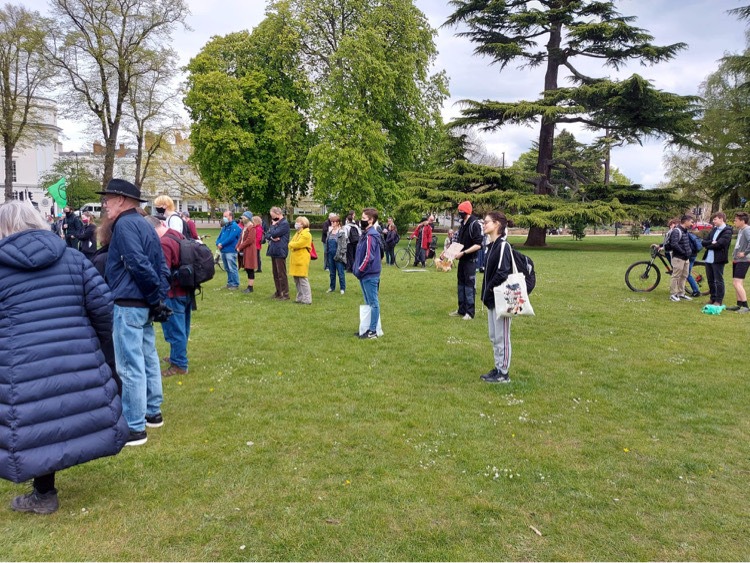 Hundreds gathered in Coventry and Leamington Spa on Saturday 1 May to protest the Police, Crime, Sentencing and Courts Bill, in a protest dubbed ‘Kill the Bill’.

The demonstrations were the latest in a series of protests organised by a coalition of several activist groups.

The protest campaigned against the proposed Police, Crime, Sentencing and Courts Bill, which would give police in England and Wales more power to impose conditions on non-violent protests, including those considered to be noisy or a disturbance.

Kill the Bill protests have also been staged in London, Newcastle, Birmingham, Liverpool, and Bristol – despite the lockdown restrictions.

Protests on 23 and 26 March in Bristol ended in clashes between the police and protesters.

– Student at the University of Warwick

The Leamington Spa ‘Kill the Bill’ protest attracted over 100 people, and organisers of the demonstrations aimed to maintain social distancing by reminding the crowd to wear masks and to separate from one another.

Following the protests across the country, a Home Office spokesman said: “The right to protest is a cornerstone of our democracy, but over recent years, we have seen an increase in the use of disruptive and dangerous tactics.

“The government will not stand by as the rights and freedoms of individuals, businesses, and communities are trampled upon by a minority.”

A student from the University of Warwick, who attended the Coventry protests and wished to remain anonymous said, ” Despite the fact that I have exams, I still attended the protest. I think that my right to protest and free speech is more important than revision at the moment.”