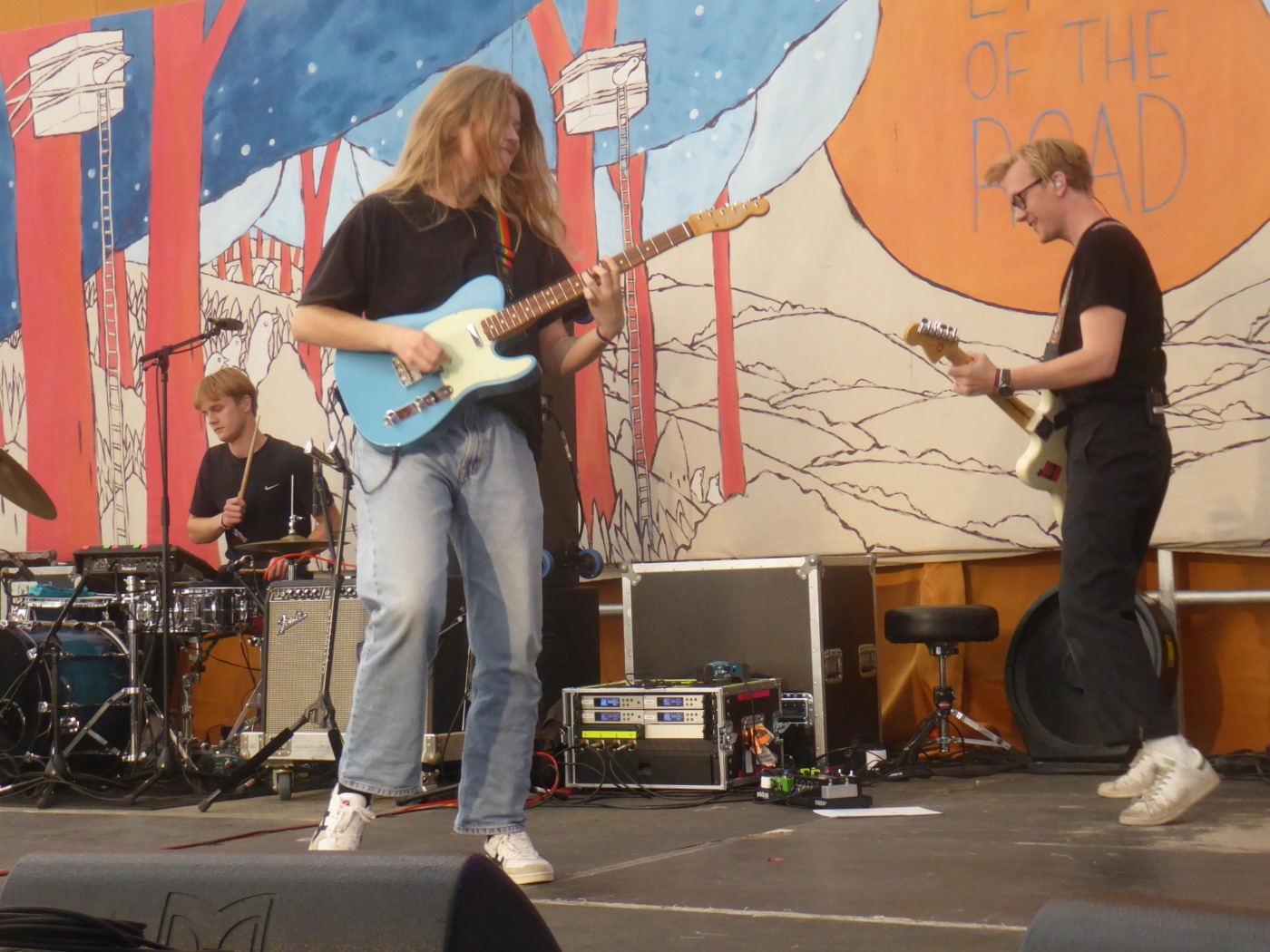 girl in red released her debut album if i could make it go quiet on 30 April, after a string of singles and an EP that now have her deemed a queer music staple for those exploring their sexuality. After the success of hits such as ‘i wanna be your girlfriend’ and ‘girls’, Marie Ulven’s stage name has become a code to ask woman if they’re into women. The 22-year old Norwegian artist released her first album, running eleven songs long and remaining core to the previous motifs of “queerness, depression and anxiety”.

I want to preface my review with a trigger warning, something I wish that the album would have before it launches into the opening track ‘Serotonin’. Mental health are topics prominent throughout the album, particularly the songs ‘Serotonin’, ‘Rue’, and the song titled simply ‘.’ If you’ve only listened to Ulven’s best known songs, it’s a big jump from the sapphic yearning to self-harm and destruction.

‘Serotonin’ overshadows the rest of the album. The song is incredibly strong for good reasons – it focuses on a really important topic and includes raw and candid details from Ulven about the darkest corners of her mind. She even includes a clip from a time she was admitted to hospital after thinking she was going to die. It’s incredibly catchy and well produced by the singer herself, Matias Tellez, and FINNEAS, older brother and producer to Billie Eilish.

But being placed at start of the album, it’s hard to draw your brain away from the violent imagery that song includes. One of four singles off of the album, it lists off highly intrusive thoughts such as cutting off your hands, and jumping in front of a bus, accompanied by suitably aggressive agitating music. It gave me a feeling of discomfort I couldn’t quite shake as I listened to the next ten songs. But the single can be seen to stand out for good reasons, and harder ones too.

The rest of if i could make it go quiet does have its strengths. One thing that Ulven is excellent at is creating a catchy hook; it’s in part how her other songs gained notoriety on Soundcloud before, when she was a relatively unknown artist. On pretty much every song on this album, she infuses a catchy hook that you can pick up on the first listen – simple lyrics and lots of repetition do the trick nicely.

Perhaps mirroring the chaos of its creator’s mind, it is an album that could be put on shuffle, and the thread or narrative wouldn’t really be disrupted

This does also mean that at times the flow of the album is a bit jumpy, not quite getting the right balance of having distinct songs on a cohesive body of work that stand alone but also complement each other. Perhaps mirroring the chaos of its creator’s mind, it is an album where you could put it on shuffle, and a thread or narrative wouldn’t really be disrupted.

The characteristic gay yearning that girl in red is known for is still there, except Ulven is now complaining of failed relationships more often than battling with her attraction.  The blunt and direct lyrics previously seen throughout Ulven’s discography are still present too. Sometimes these fall flat alongside musically softer songs such as ‘Apartment 402’ and ‘I’ll Call You Mine’. Comparatively, on ‘Did You Come?’ it can be seen as quite refreshing how blasé Ulven is about talking about queer sex, singing “Did you do the things you know I like? Roll your tongue, make her come twenty times?” without innuendo or obscurity.

There are also some creative moments on the album. The narrative of Ulven being the ‘hornylovesickmess’ calling up an ex late at night, and also receiving the horny late night call on the following track ‘midnight love’, is the only section where the song placement feels like it makes sense. This section of the album is clever, feeling like a dialogue between two torrid lovers over one night, but it is actually Ulven reflecting on two moments of her own life. Stylistically she is also bolder than her previous singles. The echoing vocals on ‘Body and Mind’ and its high-pitched synth exhibit a movement away from Ulven’s more pop punky style.

The album is a strong debut, but far from a perfect record. With catchy choruses and musical talent evident, most songs are great in their own right, but often don’t feel like they belong together on one album. Ulven is a strong musician and producer; she demonstrates an unapologetic nature in her pursuit of her sound, and a refusal to be crammed into a box at the start of her career. It will be interesting to see how many people will still listen to girl in red after her debut record, and to see where she goes as an artist.

WE RECOMMEND: ‘Body and Mind’