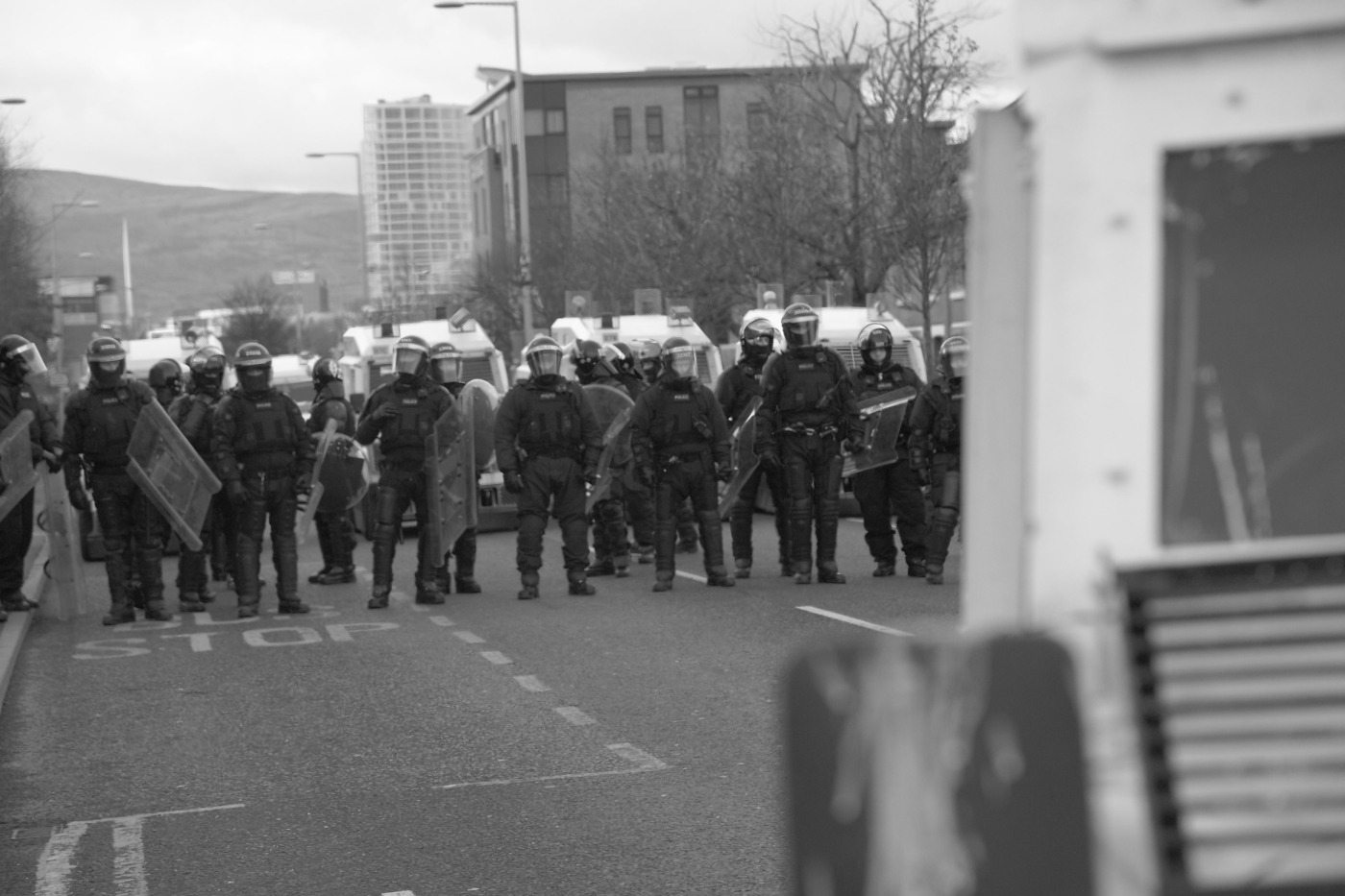 By Niall Hawkins
May 3, 2021
Posted in Features

Many in Belfast fear a hot summer. Strange right? Alas no. For the citizens of Belfast, and Northern Ireland, a hot summer is one of violence and horror. Think car bombings, nightly riots, and home invasions. Being stopped by the police or the army on your way to the supermarket, scared to leave your home at night, knowing only that you could trust those of your religion.

These hot summers were consistent in the Troubles. Such sectarian strife scarred the Ireland of the 1970s through to the 1990s, culminating in the Good Friday Agreement of 1998.

Recent events, droplets in the immense history of Anglo-Irish relations, threaten to undo much of what many politicians and citizens worked hard to bring about during those dark days of the Troubles. But with increased fervour and impetus after Brexit, hot summers are feared to be making a return with sectarian tensions manifesting again in these scorching, volatile conditions.

These most recent Easter riots were sparked initially by loyalist anger but involved violence on both sides of the ethnic-religious-political cleft. Beginning on Monday 29 March in Derry, the latest bout of violence spread to Belfast and other towns in Antrim over the coming days. Flaring up over the next week, each sunset was marked by the beginning of fresh conflict in various locations, typified by short but intensely violent bursts of rioting.

Loyalist anger was catalysed by the recent decision of police authorities in Northern Ireland to not charge any of the attendants in the 2000-strong crowd who gathered for the funeral of ex-IRA and prominent republican Bobby Storey in June 2020. Claims by the loyalists that such a blatant violation of the covid-restrictions, marked by Sinn Fein politicians attending the funeral, were perceived as having been ignored.

On 2 April this year – which marked Good Friday – twelve police officers were injured in Derry, while around a hundred loyalists gathered in Belfast’s Shaftesbury Square to protest. This broke down into a riot involving petrol bombs, bricks and bottles being hurled at police. The epoch of the violence in Belfast was over the nights of 7-9 April – centred on the streets of West Belfast, notably around Shankill Road where the peace walls and the city’s divides are most evident.

Scenes from the riots portray the headiness of the conflict. Police land-rovers and lines of heavily padded and helmeted officers attempted to disperse groups of rioters who attacked property and people with their missiles. On Wednesday 7 April, a flashpoint in the riots was marked through a double-decker bus being set alight on Shankill Road by loyalists who first evacuated the driver and passengers. Later that day, as the sun set, hundreds gathered on either side of the peace wall dividing loyalist Shankill and nationalist Springfield Roads.

Many who have lived through the Troubles feel there are no peaceful protests here. Riots and marches either are violent or are laced with the looming threat of sudden violent outburst.

The actions of the current rioters betray their youth. Scenes of a rioter brandishing a piece of wood at the open gateway of a peace wall, or a topless characteristically pale Irish youth stood atop a police land rover spreading his arms out contrasting with the explosions caused by rioters’ missiles and the sheer danger of the situation.

The use of water cannons on Thursday 8 April to disperse rioters in West Belfast marked the first use of such an instrument by the region’s police force in six years. The three-sided nature of these riots is perhaps what really makes them stand out from those experienced in Bristol recently.

The police play an increasingly complicated and dangerous role, and their legacy of violence also increases the volatility of the conflict. Experiencing hatred from both sides, but also attempting to prevent each group from encountering the other, their position in the riots reflects the muddy politics of Northern Ireland.

This summer could be shaping up to be a very hot one. Many are concerned that the current violence on the streets of Belfast could escalate, and that the long history of sectarian strife in Ireland only fuels this.

These recent riots and unrest are novel, typified by a younger generation of rioter – tracksuit and ski-mask clad. This new generation, bolstered and angered by not only the history of sectarian divide but also the uncertainty of Brexit, is proof to many of the failure of the Good Friday power-sharing agreement.

[to loyalists these are] signs of the impending unification of Ireland

In 1998, supreme effort was put into making peace in Ireland. Numerous provisions of the Agreement sought to foster better relations and reconciliation between the two communities in Ulster and the Republic, as well as to end the sectarian violence. What the current rioting in Belfast proves is that while the physical weapons of sectarianism can be decommissioned, the ideology of such divides cannot be done away with so easily.

Many of those loyalists now rioting view the Agreement in defeatist terms. To them, the Agreement and the Northern Ireland Protocol are signs of the impending unification of Ireland. In the Protocol’s provision is a customs border residing across the Irish Sea, instead of the nonphysical land border that currently divides the island of Ireland.

Central to the final Brexit deal, the Protocol was always going to spark controversy. It is now central to the current loyalist anger on the streets of Belfast. Fears over this new division between Northern Ireland and the rest of the UK are being cited by many pundits and journalists as the primary cause of the current unrest. To many loyalists, it feels like they are being left out to dry by the UK and Westminster.

The predominance of a younger and more disenfranchised generation of rioter on the streets of Belfast, in both Catholic and Protestant communities, threatens to ensure that the riots seen a few weeks ago will not be the last of their kind.

This is now a turning point in the history of Ireland

In an interview with the BBC, a 19-year-old man named Joel who had been arrested in the riots summed up the feelings of many young loyalists: “I don’t think that young people really understand the details in terms of the Irish Sea border… what they’re being told and what they’re seeing reflected in the media is that Sinn Fein are winning, the republicans are winning, and that our identity is under attack.”

There are clearly more entrenched issues at play than the comparatively simple matter of Brexit. But the type of deal that has been pursued by Boris Johnson can be viewed as directly responsible for the current unrest. This is now a turning point in the history of Ireland; the question of whether it will be viewed as more significant than the Good Friday Agreement or if it will go down as one of the most disastrous moments in Anglo-Irish relations is yet to be seen.

The past and the future

Northern Ireland is 100 years old this year. Compared with 1921, very little has changed. A British government torn between appeasing the loud Loyalist minority or the ever-present Catholic majority, and an island split by colonialism are leitmotifs of a problem that has plagued countless administrations in Westminster.

For many in the UK, the unrest in Belfast might not mean much. For others, it will appear to be more of the same. But these riots can be seen as a continued fraying of the seams that hold the United Kingdom together – played with and stretched by the pursuit of a Brexit deal which many in Northern Ireland, notably the DUP, were deeply unhappy with and concerned about.

The manifestation of such different yet ultimately symbiotic forms of nationalist fervour in Northern Ireland is notable. It marks out the state as perhaps the unique reason why Brexit would always be a problem for the UK and why other European states with historic land-borders and separatist regions might struggle if any future move to leave the EU is allowed. It may also serve as a warning in the cases of Scotland and Wales where the cause for separation has only been strengthened by Brexit and the perceived indifference of Westminster.

In 1912, the signing of the Ulster Covenant by nearly 500,000 loyalists in Ulster marked their dedication to a union which many in other parts of the UK now disregard. Swearing to use all means to defend their place in the Union, those who signed the Covenant were some of the first to draw the battle lines of Northern Ireland which we see today. The riots on the streets of Belfast might not be as noble in appearance as the alleged signing of the Covenant in blood by one famous loyalist, Colonel Frederick Crawford, but they are just as fearsome and threatening. 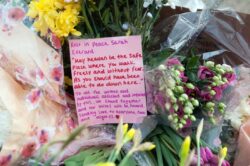