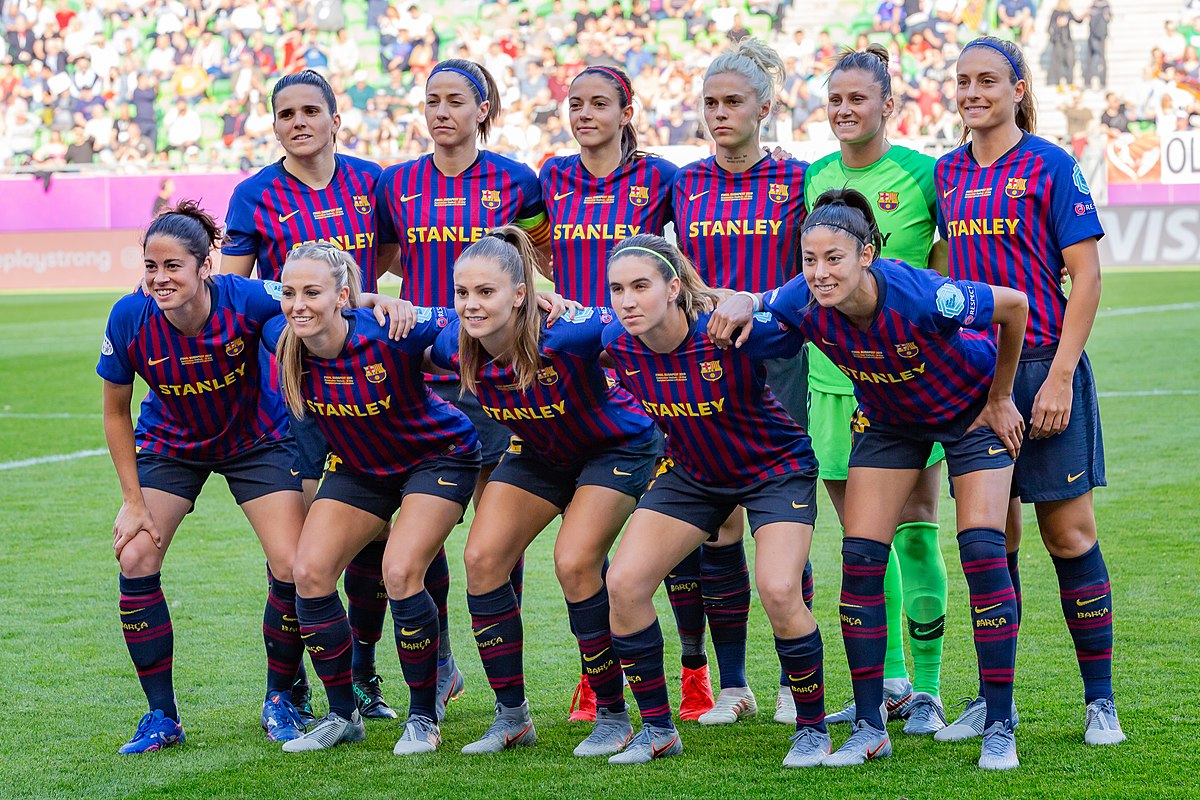 Within 36 first-half minutes, a rampant Barcelona quickly ended any hopes of an English Women’s side winning a European trophy for only the second time in history.

Despite being favourites before the match, few expected such a dominant performance from Barcelona, up against a Chelsea side that boasted the attacking talents of Sam Kerr, Fran Kirby and Pernille Harder. However, with goals from Alexia Putellas, Caroline Graham Hansen, Aitana Bonmati and an own goal from Melanie Leupolz, Barcelona proved their superior quality as their irresistible attack proved too much for Chelsea to handle.

The trend was set in the first minute, as Dutch winger Lieke Martens surged forward from kick-off, cut in onto her stronger right foot, and thudded a shot against the cross-bar. The ensuing goal mouth scramble ended up with Kirby smashing the ball against her teammate in an attempted clearance, with the ball looping up off Leupolz’s thigh and into the top corner.

Few expected such a fast start from a usually patient Barcelona but, despite their early lead, the waves of attack kept on coming. Chelsea created some chances of their own, but were wasteful, with Harder having a golden chance to level the scores only a minute after the own goal, but the usually-composed Dane fired way over.

In the creation of these chances, however, Chelsea were committing too many players forward, leaving vast holes in front of their defence which Barcelona continued to exploit. On another foray forward, Hansen got in behind struggling Chelsea left-back Jess Carter, and cut it back for Jennifer Hermoso, who was caught by Leupolz and went down easily for what was a contentious penalty decision. Putellas calmy slotted away the resultant spot-kick, and Barcelona were running away with it.

The progression of this Barcelona team has been something remarkable

Perhaps slightly rattled by the occasion, the Chelsea players lost their heads slightly, and Barcelona started to look like scoring on every foray forward. Bonmati soon scored a third, and player-of-the-match Martens ran rings around Niamh Charles before cutting it back to Hansen for the fourth.

At this point, there was no way back for Chelsea and, despite continuing to look threatening on the attack, any chance of a comeback was made unlikely by the threat Barcelona still carried on the counter-attack.

By the 90th minute, the Barcelona substitutes had already started singing and dancing, making up for the lack of atmosphere in an Gothenburg stadium empty due to Covid-19 restrictions. This trophy has been a long time coming for the team, and they certainly deserved it on the night.

The progression of this Barcelona team has been something remarkable, and their performance in this final is only the peak of a mountain that has been built up over the past few years.

In last year’s final, they were also humbled 4-0 by Lyon, but they kept faith with the players involved, who have developed significantly in the past year under the stewardship Lluís Cortés, working on their patient style to swipe aside all the opposition they’ve faced this year, both domestically and on the continent.

Chelsea will surely come back stronger from this experience

Their performance in the Spanish Primera Division has been outstanding, with a perfect record as things stand with 27 wins from 27 games, and a goal difference of +131. The Spanish division is not the best in terms of quality, but some of the teams involved, such as Atletico and Real Madrid, have proved their nous on the European stage in the past, so to average five goals scored per game is quite an achievement.

Their style of play, based on dominating possession and exploiting the wings through world-class wingers Hansen and Martens is a joy to behold, and blew aside Chelsea, who will surely come back stronger from this experience.

Emma Hayes is set to sign a new deal, and Roman Abramovich’s faith in the side has been proven in his investment in players such as Kerr and Harder, investment that will likely continue this summer. Off the back of success in the Women’s Super League, there is certainly more to come from this Chelsea side, and we can certainly expect to see them near the upper echelons of European football again in the near future.

From a personal standpoint, this game was perhaps the most enjoyable that I have watched all year. The lack of fans was almost forgotten with the end-to-end football and quality on display, testament to the vastly improving quality of the women’s game in recent years.