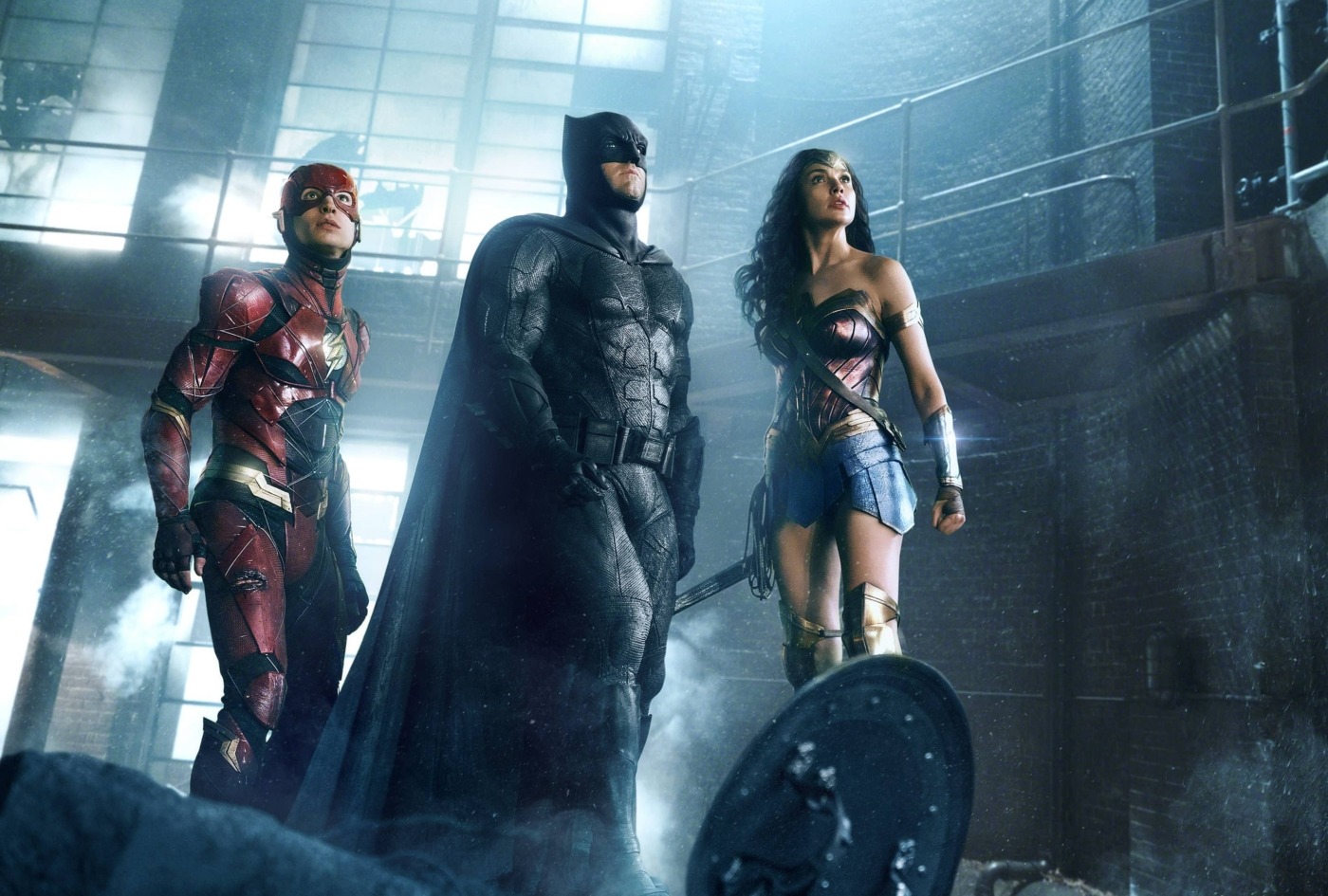 In trying to condense the highly anticipated, widely divisive, and curious endeavour of film making that is Zack Snyder’s Justice League into a brief summary, I can only describe it as a spectacle. Everything is captured in Zack Snyder’s style of film making with the usual slow-motion to accompany it. This movie is a lengthy monstrosity, sitting at a near four-hour runtime (ten percent of which is entirely in slow motion), but the benefits of its length far outweigh the negatives. Every member of the Justice League is allowed to have their moment and a memorable villain is created too.

The film has such a unique visual style so akin to Zack Snyder’s repertoire that I forgot this was even an alternative cut of a pre-existing movie. Snyder’s decision to shift toward framing the movie in a 4:3 aspect ratio instead of the conventional widescreen 16:9 is certainly a bold one, particular for a movie within a genre that is so used to mass marketing. However, the effect in the finished product is undeniable as frames such as Batman looking down upon Jim Gordon perched from above a gothic statue of the Grim Reaper or Aquaman stood upon a fisherman’s boat look as though they belong on the pages of a graphic novel or in the middle of a water painting. With the absence of excess space, the heroes of Snyder’s movie fill the entire screen, appearing as the larger-than-life gods he has sought to portray since Man of Steel.

Still, this is a long movie, and I imagine this will deter many viewers from giving it a shot. However, the decision to divide the movie into six parts and an epilogue allows each segment of the movie to feel closer to chapters in a book or, perhaps more fittingly, issues in a limited comic book series. Each of these parts are memorable, with my personal standouts being the climactic finale featured in Part 6: ‘Something Darker’, and the stellar Part 3: Beloved Mother, Beloved Son. I’ll revisit the latter. While I watched the Snyder cut in one sitting, the episodic structure of the film could certainly allow a viewer to watch a few parts at a time, although I cannot deny that it feels as though it is meant to be experienced all in one go. Regardless, the episodic structure of the film allows a digestibility rare for these epic-in-length movies.

The spectacle of the Snyder Cut would be criminally undersold, however, without the inclusion of the soundtrack. It simply is everything that I could have asked for from a such a hotly anticipated, big-scale movie . The notable returning themes include the bombastic guitar riffs of Wonder Woman’s theme from Batman V Superman, in her entrance to the hostage situation towards the start of the movie, and the sombre piano notes which accompany those moments where Superman is at the forefront of a grieving character’s mind are now but a melancholic motif compared to the heavy strings of Superman’s recurring theme throughout Man of Steel. However, there are plenty of new tracks that become instant standouts, such as Rose Betts’ ‘Song to the Siren’ which accompanies the much-anticipated scene in which Flash saves Iris. The gentle vocals and strings of Betts’ song trap the viewer within Barry’s pocket of frozen introspective time within the ensuing chaos and destruction surrounding him.

All the techniques that Snyder implements come together consistently throughout the course of his film, my personal favourite example occurring in the third part of the movie. Part 3: Beloved Mother, Beloved Son details the compelling beginning of Victor Stone’s character arc and is easily one of the best parts of the film. Victor Stone must navigate and understand his new-found power. The whole sequence is narrated by his father in the form of a voice recording, who explains that his son’s newfound godhood is far from a disability caused by a car crash. While at first this could be accused of being a little too expository, the creative visuals used to represent Cyborg’s powers kept me engaged the whole time and the piano gradually building in brooding tempo added a momentum to the scene, culminating in Victor’s attempt at flight.

The Snyder Cut is not a perfect movie, but its mere existence as a personal creative endeavour should be valued

With the fixed downward camera angle combined with its focus on Victor’s face, we fly as Victor does; the launch taking place in a single shot and exposing us to the raw emotion Victor feels at leaving the refuge of his father’s apartment. It was at this point where I went from enjoying the spectacular battles between gods and aliens in the Snyder cut to being captivated by Snyder’s ability to create spectacle with real emotional substance.

Zack Snyder’s Justice League truly has the identity of a passion project, a testament to the heroes and villains of DC as gods among us. At its best, it stands to prove just how detached Warner Bros have become from the fans of these movies while providing a story that is fun, compelling, and epic in scale, contrary to what has followed in the DC universe since its delayed debut. In the end, the Snyder Cut is not a perfect movie, but its mere existence as a personal creative endeavour should be valued in an industry growing increasingly stale from franchise fatigue and producing movies as a product rather than an art form. With millions of voices crying out to continue the ‘Snyderverse’ one can only hope that the suits at Warner Bros notice a profit to be made and hand the reigns of unlimited creative freedom to Zack Snyder once again, however unlikely that may be.