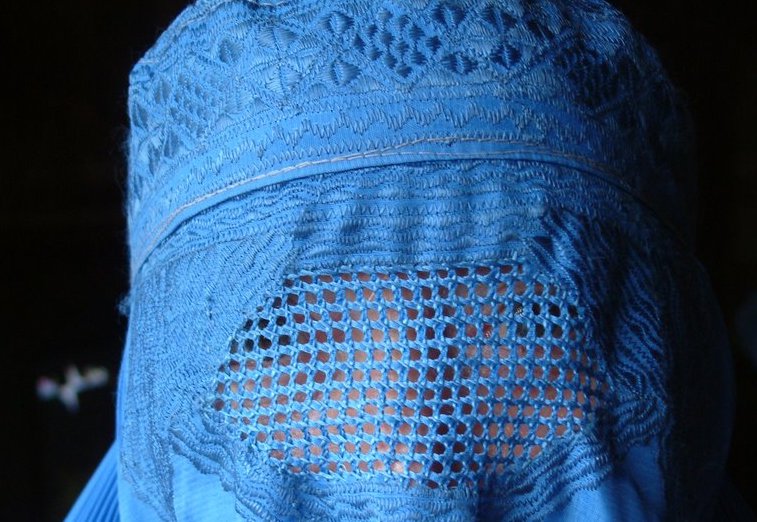 The people of Switzerland have followed suit with Belgium, Austria, France and other European nations, narrowly voting in favour of a policy that will ban the burka and niqab. Results show 51.2% casted their vote in support of the banning of wearing anything that completely covers a person’s face. The results have raised serious questions of both islamophobia and the misuse of the feminist movement as a tool to fulfil political agendas.

The Egerkingen Committee launched this campaign five years ago. They were responsible for the controversial referendum in 2009 which saw Switzerland vote for the banning of building new minarets. Minarets are an Islamic religious piece of architecture that is typically built into or adjacent to a mosque. The Swiss People’s Party (SVP) who were the largest in parliament stated minarets were an emblem of Islamisation. The SVP’s general secretary, Martin Baltisser, stated: “This was a vote against minarets as symbols of Islamic power.” It has been reported that the committee has links to the Swiss People’s Party, a right-wing populist group, who are renowned for their Islamophobic ideas and rhetoric.

Those who were in favour of voting ‘yes’ in the recent referendum argued that this vote was an attempt to reduce football hooliganism. There is no explicit mention of niqabs, which has led to people questioning the validity of the accusations of islamophobia. According to the University of Lucerne, almost no one in Switzerland wears a burka and only around 30 women wear the niqab. This suggests that this policy is not an attack considering they are such a small minority. So are the criticisms from the Muslim community misplaced? Or is this an attack on a minority group guised in a false pretence?

“What is aimed here is to stigmatise and marginalise Muslims even more,” said Inez al Shikh, a member of an Islamic feminist group Les Foulards Violets. This claim can be seen to hold up when considering the framing of the referendum campaign by those in favour of the ban. Increasing immigration coupled with Islamophobic propaganda has seen an increasing fear of Muslims cultivate amongst the Swiss. Switzerland’s Federal Statistical Office survey displays attitudes towards people of a different race, religion and nationality; in 2018, 29% of respondents said they mistrusted Muslims and 11% held negative views in regards to Islam.

The SVP exploited these fears using slogans such as “stop extremism ” and using cynical portrayals of Muslim women in black niqabs. The chairman of the referendum committee and a member of parliament for the Swiss People’s Party, Walter Wobmann, stated the niqab is “a symbol for this extreme, political Islam which has become increasingly prominent in Europe and which has no place in Switzerland”.

The marginalisation of the Muslim community is apparent across Europe with political parties introducing policies and measures that enforce the homogenisation of minority groups. The banning of the covering of the face is viewed as likely to do very little to reduce hooliganism in Switzerland with many of these acts being committed across Europe with people without masks. Alcohol bans, more aggressive punishments and greater segregation of football fans are some other suggested measures that tackle the same problem.

Across Europe, many countries have used legislative votes to achieve a ban whereas the Swiss decided to opt for the use of a referendum. The West prides itself on its liberal and tolerant ideologies, shunning any suggestions of an authoritarian style of governance. However, the banning of the burka can be viewed as an infringement on an individual’s liberty. Many are viewing the government calling a referendum as those in power having submitted to the pressures of the far-right. As a result, a heavily oppressed group are now having to confront living in a society in which over half of the population associates their traditional clothing with violence.

It’s important to recognise that this does not just raise questions of Islamophobia in Europe but also how women from minority groups are still specifically marginalised in western Europe. The ban is a women’s right issue. Yet liberal feminism can be seen to be misused to disguise other agendas being pushed by a male-dominated political sphere.

The SVP argue that the banning of the burka was a necessary measure in liberating Muslim women as they view it as an oppressive law rooted in patriarchal values. Yet interestingly the SVP has a history of consistently opposing initiatives and laws that would aid the progression of women. The Swiss People’s Party condemned the women’s strike in 2019 which was a demonstration for greater female political representation and they opposed the Gender Equality Act in the Federal Constitution until 1996.

– the Federation of Islamic Organisations

There is a growing pressure being placed on Muslim women and an argument being presented to them that unveiling themselves is liberating. “Anchoring dress codes in the constitution is not a liberation struggle for women but a step back into the past,” stated the Federation of Islamic Organisations.

These ideas of ‘liberating’ Muslim women are often traced back to colonial ideas. It also perpetuates the idea that a woman’s body is not hers, instilling the idea that external approval is required for her clothing to be ‘acceptable’.  Even within the Muslim community key figures such as Imam Mustafa Memeti accepts that the ban of the burka is rooted in islamophobia, but suggest it aids the emancipation of Muslim women. Individuals appeasing the oppressor in order for their own personal gain can be seen as a recurring theme amongst progressive movements. It is viewed as also aiding in the legitimisation of the claims of the far-right and their racist attitudes.

This all seems to go against the idea of making the lives of these women more liberated.  Banning the burka can be seen as a violation of the human right to freedom of expression and self-determination. Forcing women to remove the burka can be seen as equally negative as forcing women to wear the burka.  Legislative measures in regards to how women dress marginalises and alienates women who do not wish to conform to certain standards. It raises the question of what separates the Swiss government and the rules of Islam.

Countries such as Germany and France who introduced laws impacting the Islamic community saw increasing tensions and hate crime towards Muslims. Many are concerned that passing a law like this in Switzerland is going to further compound the issue. Nicole Brändle Schlegel of the HotellerieSuisse umbrella organisation stated: “A burka ban would damage our reputation as an open and tolerant tourism destination.”

The United Kingdom has flirted with the idea of banning the burka. Former immigration minister Damien Green stated back in 2010 that a ban would be “unbritish”. Data up until 2017 suggested that the support for the ban of the burka was falling amongst the British public. Still, in 2017 UKIP proposed a burka ban in order to drive integration into British society. This did receive backlash from the Green Party leader Caroline Lucas as being “full-throttled islamophobia”.

Some feel that as long as the Conservatives remain in power the possibility of this is never off the table. Statements made by the current Prime Minister and culture of Islamophobia in the party is a worry to many. For now, the UK can be seen to allow immigrants choice on how to assimilate into our culture and a degree of autonomy for Muslim women.