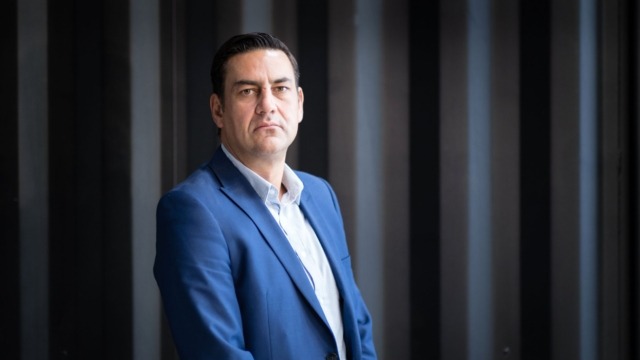 Football’s Darkest Secret is shocking and upsetting to watch. The film, directed by Daniel Gordon – one of Britain’s most renowned documentary film-makers – has left a deep and haunting impression on me. The film is told by survivors of sexual abuse by a number of coaches working in youth football between the 1970s-1990s. It’s a difficult watch, but how tough was it to make?

“Challenging,” Gordon reveals in interview: “You’re constantly reminding yourself that no matter what you’re thinking and feeling, it’s nothing on the scale of what these guys have gone through.”

Football’s ‘Dark Secret’ was revealed by Andy Woodward, a former professional footballer, to The Guardian in 2016. Woodward revealed the abuse he had suffered at the hands of paedophile coach Barry Bennell during his time as a youth player at Crewe Alexandra. In the following days, weeks, and months the scale of rampant sexual abuse which plagued youth football for decades began to spiral. Football’s Darkest Secret opens up a vital discussion of the failings of football clubs to safeguard children from paedophile youth coaches in a harrowing yet brilliant manner.

The documentary begins with Woodward and Guardian journalist Daniel Taylor, introducing the viewers to the surface of the ocean of trauma and devastation. Woodward is the first of a number of survivors interviewed for the film and provides a painful account of the abuse he suffered from Bennell. “The whole project was going to be a survivor-led series. It was going to be from their perspective,” Gordon reflects. The survivors are placed at the heart of the narration, both in voice and the framing of the interview. “I made a decision very early that they were going to be central, literally and figuratively.”

Gordon’s film gets under the skin of the viewer in augmenting relatable themes of unattainable dreams and unrelenting ambition. The film is consistently underlined by the common feeling of perseverance to play for one’s favourite club. However, the film demonstrates that it is exactly this which leaves children open to manipulation.

The second episode of the film explores the paedophile coach Bob Higgins, a youth coach at Southampton and Peterborough. Higgins used his power to manipulate not only the children, but also their parents. The film includes devastating footage of the youth academy under Higgins as chants of “Bob Higgins’ Red and White Army” ring out from the boys in an almost cultish manner. The footage of the coaches alongside the youth players is intertwined successfully. A blend of raw emotion from the interviews and an exhibition of deeply disturbing grooming is unsettling yet compelling.

Psychologically, there’s a certain type of person that does this type of offending. It’s not a love of football that they’re in it for. It’s the children and the power and the access

Gordon’s documentary emphasises the monstrous side of these coaches, but does little to explain how this evil has been shaped. It is possible that the audience may have been left wondering what the root causes of their twisted actions were, how these monsters had been created. Could more have been revealed had an interview with the offenders been included?

“Psychologically, there’s a certain type of person that does this type of offending,” Gordon concedes. “It’s not a love of football that they’re in it for. It’s the children and the power and the access. You would never get the truth from them. Because it’s all about them. They would manipulate you as a questioner and filmmaker and, in their mind, they would run rings around me. You can see it in Higgins’ police interviews and Bennell would admit ‘I did it to this person. But I never did it to that one. He wasn’t my type’.” The manipulation, alongside the abuse, has caused irreparable damage in the survivors, and their wounds are exposed in the film. It is clear that Gordon’s ability to reveal these scars in a probing yet respectful manner has created a platform in which these heart-wrenching accounts are able to be delivered.

It is evident that Football’s Darkest Secret has left a deep impression on Gordon. Having spent years interviewing the survivors, he has created a film which enables long-forgotten voices to be heard in a way which will help safeguard future generations of young footballers – who will be spared the suffering these men endured as children. What remains clear is that Gordon’s best work is in his ability to carefully unpick trauma and tell the story in a powerful manner, yet always remaining respectful to the victims. I, like many others, will be eagerly anticipating his next major project.