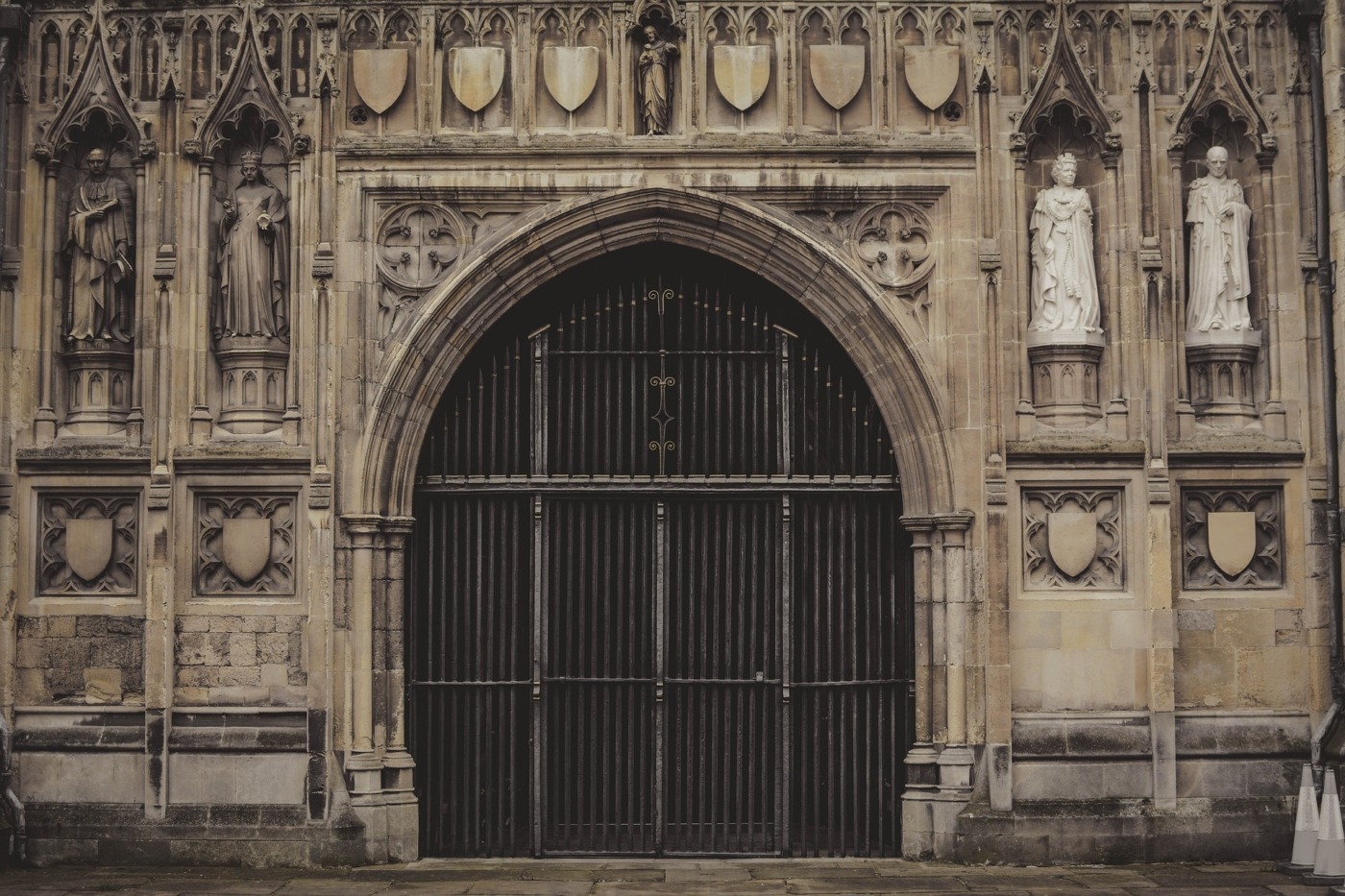 It’s high English Summer. The temperature is a sweltering 90 degrees in the shade, children are playing soldiers, women are working in the fields and American tanks are tearing across the Kentish countryside. World War Two is raging across the channel, but in the English countryside a peculiar kind of normality continues unabated. Powell and Pressburger’s ambient immersion in the atmosphere of mid-twentieth century English rural life takes Chaucer’s tome as a spark of inspiration, telling the story of three members of the armed forces, each of whom are happy to find themselves waylaid on a stopping point on the pilgrim’s road to Canterbury.

Alison Smith of the Women’s Land Army, Peter Gibbs of the British Army and Bob Johnson of the US Army spend the majority of the film’s running time absorbing the history, culture and beauty of the small, fictional Kent town of Chillingbourne. The reason for their extended stay is a peculiar crime spree: A local man has been throwing glue into the hair of the village women at night. Determined to expose the mysterious “glue man”, Peter, Alison and Bob band together and quickly become friends, amateur detectives and modern pilgrims.

This strange series of glue attacks (an early sign of director Michael Powell’s fascination with male perversity) is a convenient excuse for a storyline. In essence, the mystery of the glue man is a cinematic pretext for the definitive British hangout film. Beautiful summer pastoral landscapes provide painterly backgrounds for our central gang of friends to discuss their lives, loves, hopes and aspirations. Chillingbourne’s seemingly benevolent patriarch is Tom Colpeper, a magistrate who keeps an office in the town hall and shares his passion for the area’s history with anyone who will listen to him. Colpeper seems to embody the spirit of Britian. Reserved, fascinated, sceptical and charmingly out of fashion. For Chillingbourne, a town populated entirely by endearing rural workmen and the chirpy RP-accented women typical of 1940s British cinema, Colpeper is a fitting figurehead.

The performances are uniformly magnificent. Sheila Sim’s performance as Alison was her cinematic debut, but you would never know without being told. She convincingly plays a dedicated, charming woman enraptured with a love of the ancient land and its storied past. You can easily see why Bob and Peter are quick to befriend her. Bob is played by real-life US soldier John Sweet. His status as a non-actor is always clear, but the earnestness of his performance and the  charm of his lack of experience only helps to make the film feel more authentic. The presence of a soldier cements A Canterbury Tale‘s wartime context.

Dennis Price, later to be seen popping hot air balloons and poisoning cheerful clergymen in the incomparable classic Kind Hearts and Coronets, makes his first credited screen appearance in A Canterbury Tale as Peter, the most dogged of the three friends. Love seems to be far from his mind as he focuses on solving the glue man mystery and turning the culprit over to the police. Price’s performance is all the more admirable for its balance of business-like severity and playful warmth.

A Canterbury Tale is a monochrome wartime British film that frees itself from the limitations of a typical tight storyline to instead celebrate the beauty, history and timeless lure of the English countryside and the people that inhabit it. There’s a reason why it is considered one of the very best of all British films. Powell and Pressburger’s literary, loose, poetic realist cinematic creation resembles the works of Renoir and Murnau, with its loving devotion to the simplistic divinity of pastoral living a continuation of the themes of Partie de Campagne and Sunrise.

For another point of comparison, whilst watching this film I was constantly reminded of Renoir’s gorgeous coming-of-age drama The River, which follows an English family living on the banks of the Ganges in a lush, Technicolor eternal summer. Both films focus on atmosphere and location over storyline, both have US servicemen playing characters based on their real-life occupation and both films see memorable turns from the reliably superb British character actor Esmond Knight.

As always with Powell and Pressburger, the film is directed with an innovative flair and adventurous spirit. With Esmond Knight’s melodious tones, the film opens with a Chaucerian narration accompanying a high-spirited medieval travelling party. As a character in medieval dress throws a hawk soaring into the sky, a stunning match-cut sees the hawk become an army aircraft and the medieval traveller become a 1940s infantryman. Another highlight is a sequence in which Alison’s cart ride is interrupted by an encirclement of tanks, emerging from behind the banks, hills and trees on either side of the pilgrim’s road. The verve and admirable creativity of these sequences is met adequately by the film’s moving ending. The three pilgrims end their leisurely, summertime stay in Chillingbourne by making the travel to Canterbury and receiving a special, personal blessing.

The war is still raging, and the fate of each is uncertain. All that can be said is for those few glorious days, each had the company of the other and each realised their own love for the pilgrim’s path.