Supreme’s iconic plain white lettering on a red box background has become all but synonymous with hypebeast culture, with their infamous Thursday ‘drops’ getting bought out in a matter of seconds online. But what was once a New York skater’s metaphorical middle finger to the consumerist establishment of branded apparel has become nothing short of a corporate self-parody.

Far from the retail giant it is today with 12 stores situated across four countries, the brainchild of British-American businessman James Jebbia had its origins in a modest $12,000 shopfront in 1990s Manhattan. The store made a name for itself by hiring local skateboarders, which gave it an authentic and relatable aesthetic and fast became a hotspot for the youth of the city to hang out with like-minded people.

The brand carved out its own space, developing a reputation for appropriating the most well-known logos in New York – from magazine covers to whiskey, from Coca Cola to Louis Vuitton. Even its logo was heavily inspired by the Futura Bold Oblique text of Barbara Kruger’s anti-consumerist collages. The brand’s anarchistic approach to design threw a spanner into the works of the New York fashion industry, a factor that presents a thorn in the side of today’s billion-dollar company by making it difficult to crack down on copycats and opportunists.

The label capitalised on the rise of hype culture (and in many ways revolutionised it). Whilst a strong brand identity and momentum-based marketing strategies are nothing novel, Supreme has perfected the art of generating hype by inflating demand, while simultaneously creating an artificial scarcity. Celebrity endorsements such as Drake ensure the product gains recognition and releasing products in regular periods ensures that wannabe hypebeasts queue up in droves in the streets of San Francisco, London, Tokyo, or Paris, creating even more of a spectacle.

Meanwhile, the company’s one-limit-per-style rule ensures their products remain out of the hands of a few individuals. And it all works: the famous red rectangle adds an extra $1000 to the price tag of a standard The North Face jacket. The hype machine has gone so far as to successfully sell Supreme-branded hammers, crowbars and even a $30 brick – perhaps an ironic jab at other fashion brands’ culture of consumption or maybe just testing how far they can push the loyal fanbase they have sculpted.

But why are their customers so obsessed with Supreme? In many ways, it’s allegorical to the way that society treats young men – and it is mostly young men who buy Supreme. Ideals of masculinity teach boys that they need to fit into a mythical standard of manhood and that buying ‘cool stuff’ is a shortcut to achieve the respect of their peers and of the opposite sex. This situation creates a perfectly placed niche for Supreme to sell their plain white t-shirts at a high markup. Ironically, many seem to have taken Barbara Kruger’s “I shop therefore I am” slogan to heart, sometimes spending money they do not have on designs they do not even like to try and reach this unattainable target that marketing campaigns have instilled in them.

On the other side of the coin, as young people are becoming increasingly disillusioned with the structures around them, many are turning to products to fill the vacuum left by a lack of accomplishment that was promised to us all as children. Accordingly, Supreme is positioned perfectly to prey on a cult-like cohort of young men, trying desperately to find their place in this world.

Supreme still presents itself as the anti-establishment alternative that it was in the ‘90s. The reality is simple: whilst Supreme may still sell skateboarding paraphernalia, the brand has lost all the romantic charm that made it so popular with the Manhattan skateboarder community to begin with. In 2014, the company sold off equity for the first time and three years later, Jebbia sold half the company to the private equity giant, The Carlyle Group. Last year, the brand was acquired by VF, owners of Vans, The North Face and Timberland, for $2.1bn.

VF is betting that Supreme will only get ‘bigger over time’ though many worry about spoiling the Supreme’s carefully crafted ‘secret sauce’. After all, Jebbia has always been of the philosophy that the brand “needs to be cool to survive”. However, whilst it feels as if Supreme is slowly fading from its counter-cultural roots, it does not seem like the company will be going anywhere in the short term as it continues to grow year on year. Unfortunately, Supreme may have sold out something more than just their stock in a Thursday morning drop – their roots. 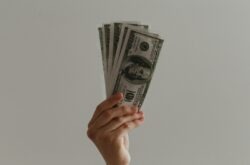 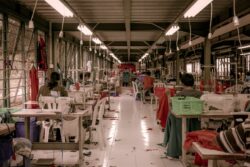 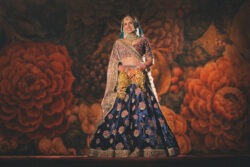