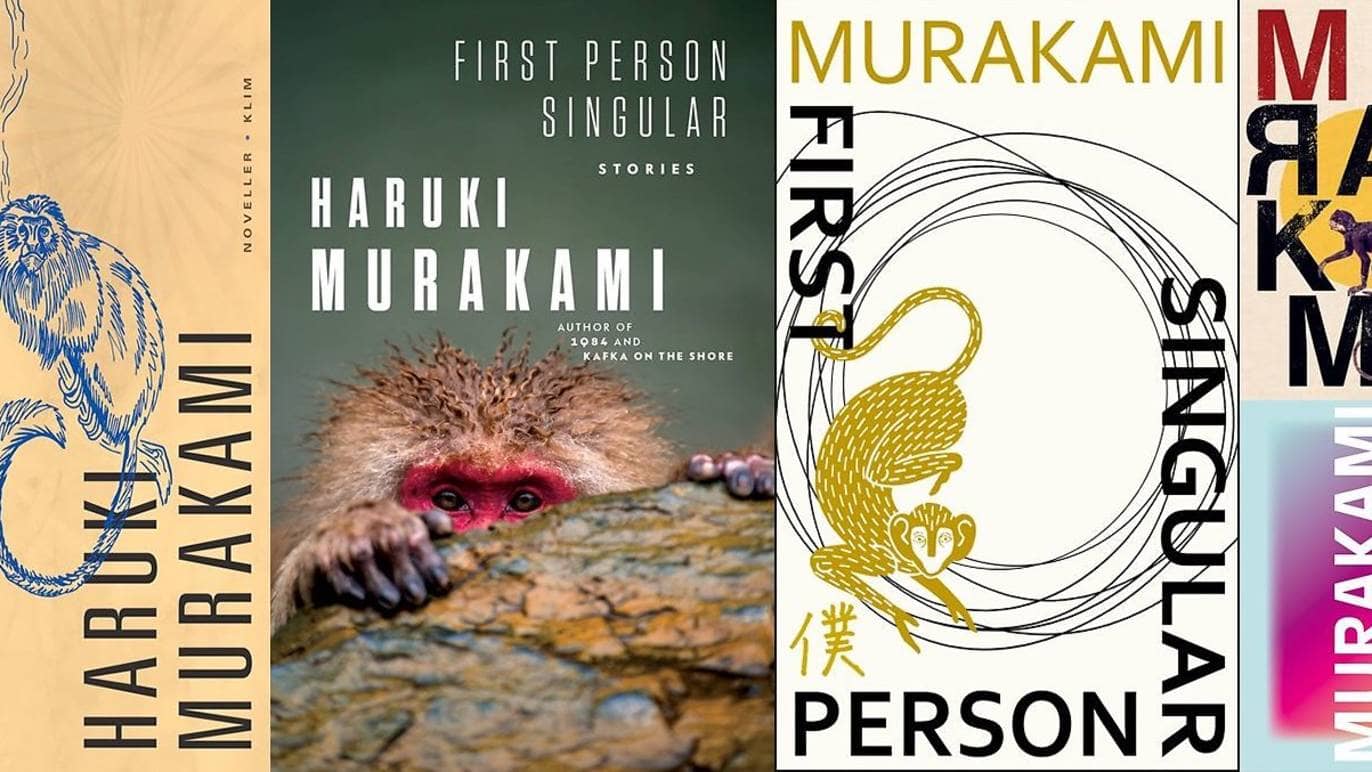 The new collection of eight reminiscing stories is more preoccupied with death, the passing of time, and ageing than any of Murakami’s previous offerings. This is saying something, considering the awful amount of those things going on in his rather brutal novel Norwegian Wood, which launched him into fame and hiding in 1987. The serious undertones, however, don’t seem to put him off from making jokes. One poem from The Yakult Swans Poetry Collection reads: “From the outfield seats by myself / How else can I enjoy myself besides staring at the / outfielders’ butts? / If there’s some other way, I’d sure like to know”.

I’m very impressed after my first read-through. The more whimsical stories are signature Murakami, and I’m most pleased to see surreal elements such as talking monkeys taking centre stage again, after a hiatus of fifteen years or so. Another welcome change is the narrative style – more on that in a moment.

The title also refers to the broadly auto-biographical bent of the stories, as quite plainly described on the cover

The title refers to the style of narrative – Murakami’s signature blend of what’s-in-the-fridge realism and crazy talking-cat surrealism has rested on a first person narrative since his 1979 kitchen table debut, Hear the Wind Sing. He transitioned into a third person narrative with 2004’s After Dark, which has been the rule rather than the exception ever since. Murakami has continued to write prolifically since then (and has sold millions of copies in the process), but the critical response has been underwhelming – he was shortlisted for the Bad Sex in Fiction Award in 2011, 2014, and 2018.

The title also refers to the broadly auto-biographical bent of the stories, as quite plainly described on the cover: “Occasionally, a narrator who may or may not be Murakami himself is present. Is it memoir or fiction? The reader decides.” Some stories are more obviously autobiographical than others – the final story, First Person Singular, is explicitly autobiographical, while Confessions of a Shinagawa Monkey, in which the protagonist strikes up a conversation with a well educated monkey at a bathhouse, seems somewhat less likely.

On a Stone Pillow tells of an enigmatic woman who sends a hand-bound copy of her self-published tanka poetry collection to the narrator, who remembers it many years later. The poems she writes (perhaps a useful disguise for Murakami’s thoughts) are about death; one is about lying one’s head on a “stone pillow” and awaiting the sword. The narrator wonders if she’s still alive, and speculates he must be the only person in the world who can recite her entire poem. The underlying concept of being transient and easily forgotten is quite general and applies to us all.

In Charlie Parker Plays Bossa Nova, the narrator dreams up an impossible record on which the jazz saxophonist plays renditions in the style of samba music, not yet existing at the time of his death. Charlie Parker appears in the narrator’s dream with a rusty saxophone, and thanks them for bringing him back to life so that he could play the music for a few moments. I strongly feel that Murakami is trying to make a point about death there also, more optimistically than in On a Stone Pillow, that there is more to our existence than simply the lived experience, and that we live on in a valuable way through people’s perceptions.

Murakami reintroduces magic into everyday life. First Person Singular is an excellent introduction to the author for new readers, and long-time devotees will certainly be happy to find the new stories have the Murakami ‘spark’ that has been missing from his more recent novels. The autobiographical insights in particular are a rare treat, and leave the reader with much to reflect on.

First Person Singular was released 6 April 2021 by Harvill Secker in the UK.