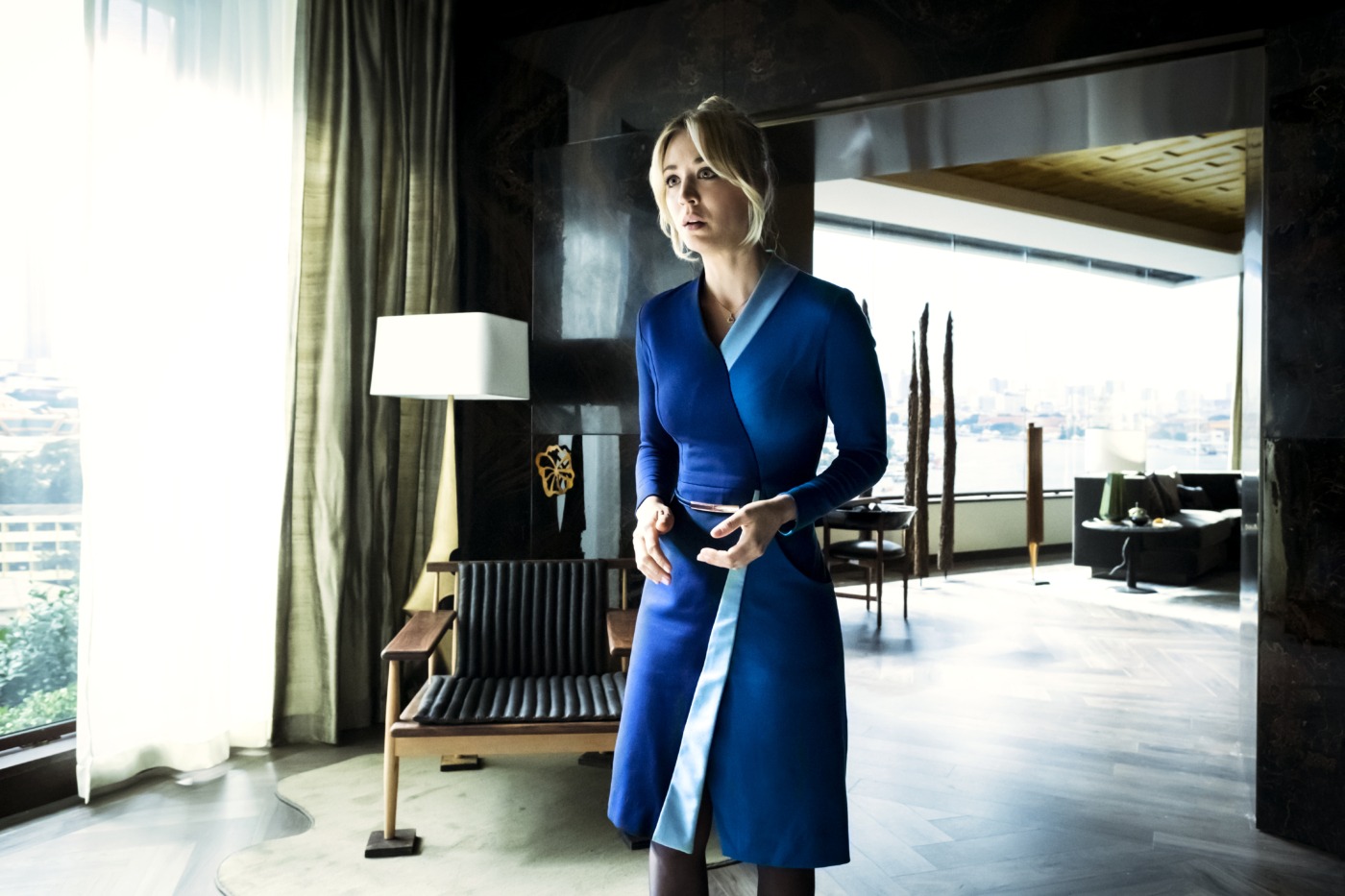 I am a fool for a good murder mystery. So, when I found out The Flight Attendant fit the bill, with the added niche of solving the puzzle of a good night out (well, probably not so good here), I could not wait to get stuck in.

Unreliable alcoholic and flight attendant Cassie (Kaley Cuoco) has been enjoying her up-in-the-air lifestyle, partying in every city she visits and revelling in an attachment-free setup that only seems to benefit her. But when she goes on a lovely alcohol-fuelled date in Bangkok with the rich handsome man in 3C (Michiel Huisman), she wakes up the following morning next to his slit throat. After some misinformed advice and the threatening thought of Amanda Knox, Cassie decides to make the first terrible decision of so so many and cleans up the crime scene to the best of her abilities, stumbling her way back onto a plane.

The scattered ‘silly me’ persona thrown into the reality of the choices she’s made makes for a fascinating watch, filled with a frantic energy of uncertainty

Throughout the episode, we constantly hope that Cassie blindly finds her way out of the mess she was thrown in, only for her to be dragged back into it. She constantly almost makes good decisions, be it phoning the police, or actively cooperating with the authorities, and then seems to run in the opposite direction. It provides for a frustrating but incredibly entertaining hour.

This is one of the main reasons why the attraction of the series isn’t the plot, but Cassie herself. Though the character should by all means be annoying and unlikeable, Cuoco plays her delightfully and keeps us hooked. Honestly, I’ve never been a fan of The Big Bang Theory, misogynistic overtones and all, so I narrow-mindedly misconstrued Cuoco as somewhat of a product of it. But the start of this series was an abrupt awakening as to what she can really do. To mix great comedic timing with displays of stark emotion in an unexpected manner brings a raw edge to the comedy-drama. She gives what could’ve been a mess of a character chaotic charm and wit. We end up rooting for her in every baffling misstep she takes. It’s as if she is a sitcom character lost in a thriller. Perhaps that’s why Cuoco was picked for the role. The scattered ‘silly me’ persona thrown into the reality of the choices she’s made makes for a fascinating watch, filled with a frantic energy of uncertainty.

The deadpan humour fits brilliantly with the fast-paced action. It also sees the show excelling at knowing when to choose it -in darker scenes where Cassie’s alcoholism is seen, it is not romanticised, overlooked nor thrown to the comedic wolves

The deadpan humour fits brilliantly with the fast-paced action. It also sees the show excelling at knowing when to choose it -in darker scenes where Cassie’s alcoholism is seen, it is not romanticised, overlooked nor thrown to the comedic wolves. Tiny vodka bottles are guzzled with an unassailable thirst. There is no enjoyment, only need. Not to say that the other actors aren’t as well-written or fleshed out because they are, they are just not what the show is about. The episode would not have been nearly as good without their great performance, but they just aren’t the point of it.

If you’re not a fan of the split-screen, proceed with caution. I am very wary of its usage, but here it does well in creating an inescapable urgency most of the time. Other times it is simply annoying. As well as this the soundtrack is unsettlingly over the top. Instead of amping up emotions already there, it attempts to guide them for us which I found to be quite off-putting.

It was (bear with me) first-class entertainment

The best thing about the episode though was that it didn’t take itself too seriously. It made laughing at a horrific murder surprisingly easy and helped some of the more ludicrous plot points (such as Cassie having conversations with her dead beau) aren’t too jarring or leave the show lacking credibility. It is silly yet captivating, leaving us with the perfect form of escapism.

The show, based on the 2018 novel by Chris Bohjalian, has become a hit. Kaley Cuoco has received nothing but praise, and the series as a whole is garnering great reviews all around. The New Yorker hails the series as ” a clever pop song; the thrill in its juxtaposition of a rowdy rhythm with a lyrical portrait of tragedy and grief”. I wholeheartedly agree. It was (bear with me) first-class entertainment.