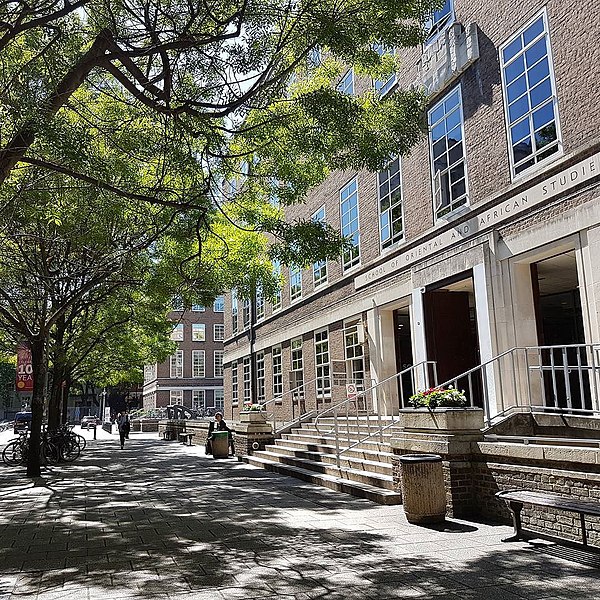 Students at the School of Oriental and African Studies (SOAS), University of London have campaigned for the university’s director to resign over the use of the derogatory N-word.

Adam Habib, director of SOAS since January 2021, can be heard in a recording circulating the internet saying the offensive term in a meeting with students on 12 March.

A student questioned Mr Habib: “How can Soas issue statements about Black Lives Matter while … allowing lecturers to say the N-word in class?”

Responding to the question, saying the word aloud, Mr Habib said: “The issue around that is, I personally on the n****r, somebody making that allegation, then just bring it to me, I don’t know the case.”

A student interjected and argued that it was unacceptable for Mr Habib to use the word. They stated: “It’s been used by lecturers and, historically, has been ignored when students have raised it, and now you have just used it in a public meeting with students.

“Like many students have been saying, I find it unacceptable myself that you have used that word in a meeting. Absolutely unacceptable.”

Another student in the meeting corrected the director: “I’m sorry but you are not a black man, you can’t use that word.”

He then defended the use of the word claiming that “I come from a part of the world where we actually do use the world” and this is the reason he does not find it unacceptable. Mr Habib is originally South African.

Unacceptable, disgusting and to be unequivocally rejected

Post-meeting, discussion was rife amongst the SOAS community with some students insisting that the director resign. Mr Habib took to posting a series of messages on Twitter, repeating that he apologised and “the question is: why is it that after this apology, some are still politicising the issue?”

“Context matters and I was arguing for taking punitive action. You cannot impute maligned intention without understanding context. Do I believe that only blacks can verbalise the word? No, I don’t,” according to his Tweets.

Mr Habib told the Guardian:“I am not sure why I should resign. No malevolent intention was behind my mention of the word. If anything, it was the opposite: a commitment to act if the word was used against another human being by anyone within our institutional community.”

The university’s student union released a statement calling the incident “unacceptable, disgusting and to be unequivocally rejected”. The union is considering having a university-wide referendum on whether Mr Habib should be stripped of his role.

Hisham Pryce-Parchment, the student union’s anti-racism officer who was present at the meeting, argued that an apology would not be enough. He believes: “I don’t think he can just apologise and we can be like: ‘OK, let’s move on’.”

A SOAS student told The Boar: “As unfortunate and uncomfortable as this incident is, it is reassuring to know that my department amongst other sectors of the university have stood in full solidarity with black students.”