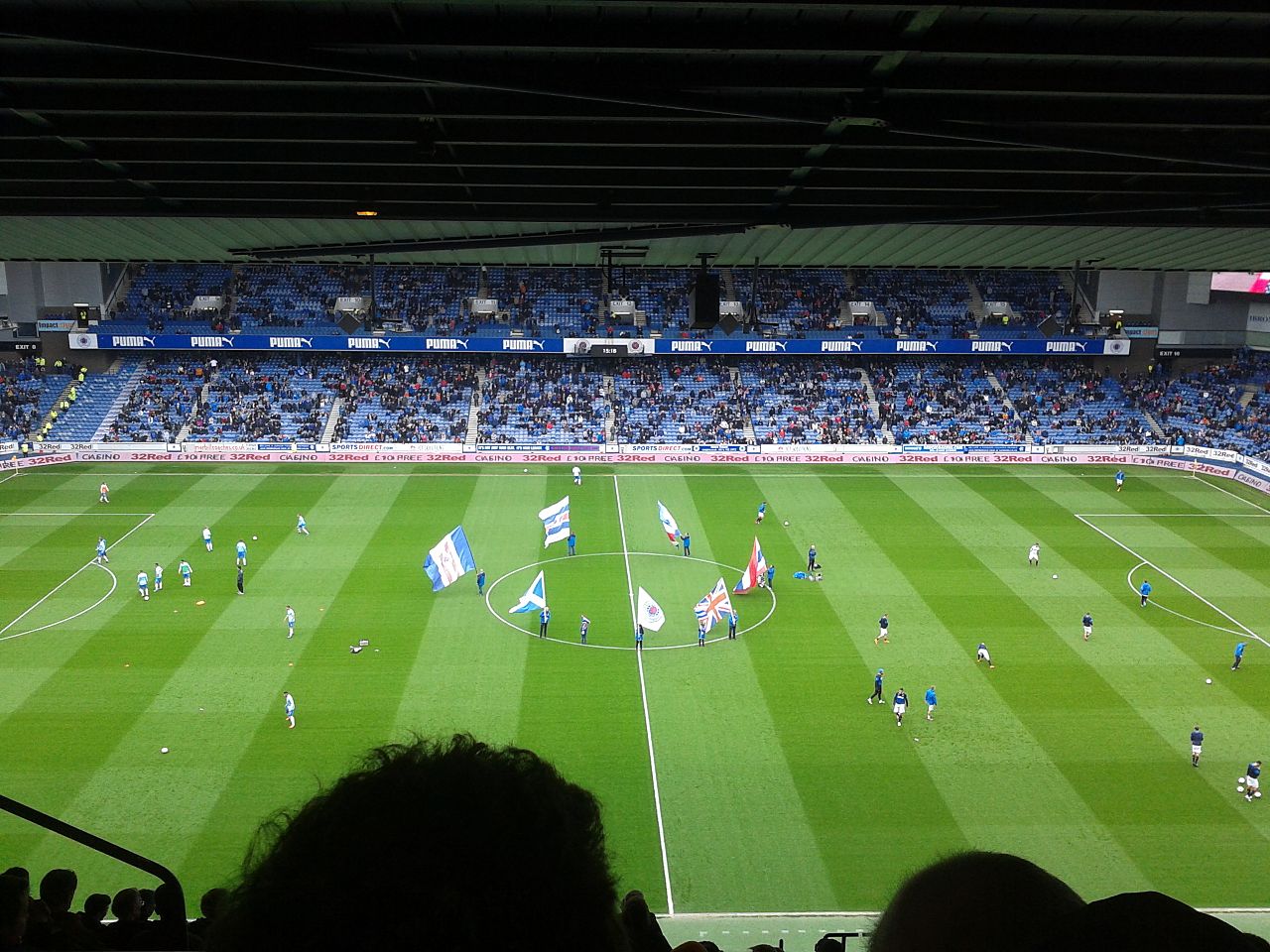 Peculiarly, one of my earliest footballing memories is listening, back in 2012, to the Old Firm Derby on BBC Radio 5 Live. I don’t really know why this particular game caught my eye, as I have never really been that interested in Scottish football, but it seemed exciting, so I kept it on. In the end, Rangers won 3-2, preventing Celtic from winning the championship at Ibrox, but it was what happened subsequently, rather than the game itself that has made it stick vividly in my memory.

That summer, Rangers, one of the biggest clubs across the entirety of the football world, declared insolvency, and were automatically relegated to the Third Division of the Scottish Football League, a full three divisions below the Premiership. This news understandably shocked the football world. Clubs have had financial issues before, and risen again, as has happened with AFC Wimbledon. However, this was Rangers, who had won 54 Premierships and two European Cups.

Considering the state the club was in, the fact that they have won the Scottish Premiership, only nine years after their demotion, is remarkable. For Rangers fans, it has been a long hard slog, and it is they, above all, to whom this title belongs.

In their first match in the Third Division, 49,118 fans were in attendance at Ibrox, an immediate world record for a fourth division match, to see them beat East Stirlingshire 5-1, and this record was continually broken throughout the season. Their devotion for their club has endured through the bad times, and, following such a low, the fact that the good times have returned so quickly must be a bonus.

Spurred on by this immense backing, Rangers easily won the Third Division. Although they were still in a sorry state, losing to bottom of the league Stirling Albion, and getting quickly knocked out of all of the cups.

It was becoming clear that they were giants only in name now, they still had some way to go to get anywhere near their former glories.

The board was still at war with the fans, and, although they quickly made it up to the Scottish Championship, it appeared that they had reached their level, losing 6-1 in the play-offs to Motherwell.

Attendances, for the first time, were dropping, as it appeared that Rangers fans were reconciling themselves with full-time second-tier status.

But this club, that inspires passion in so many, was never going to be cowed for long, and Dave King’s takeover in March 2015 was a sharp about-turn, as regularity was spurned in favour of a return to Scotland’s top tier, as fans could feel a connection to their beloved club once again.

For the last few years, however, although relative stability did return, it seemed as if Rangers were very firmly consolidating their position as Scotland’s second club. Whereas previously they had been locked in their eternal struggle with Celtic, the extra few years in the top-flight and constant Champions League football meant that Celtic were leagues ahead of Rangers in financial terms.

This gulf translated itself on the pitch, as Celtic won the league by 13 points. It appeared, at least on the surface, that Celtic’s position at the head of Scotland’s table was virtually impenetrable.

All this, therefore, makes Steven Gerrard’s and Ranger’s achievement this season all the more remarkable. They have not won the league simply due to Celtic’s and Neil Lennon’s inadequacy. They have stormed it, and are on course for an unbeaten season, still fighting to equal Celtic’s 106 points of the 2016-17 season.

Gerrard has undoubtedly done an unbelievable job, galvanising, and coaching his players in such a way that has made his team a relatively cohesive unit at the back.

However, their attack is what has made the team so lethal this season. The combined forces of Alfredo Morelos, Kemar Roofe and Ryan Kent, amongst others, have torn teams apart. Gerrard’s recruitment has also been shrewd, managing his squad so the balance of youth and experience is just right.

If there was one qualifier to the happiness that Rangers fans across the country feel, however, it is that this momentous title will have been played out entirely behind closed doors. A packed-out Ibrox as captain James Tavernier lifted the title would have been a sight to behold. Despite this, the joyous scenes over the weekend following the title achievement suggests that this is a small price to pay. In the near future, they can watch their beloved team once again, a team much changed from when fans were last in Ibrox, and one ready to compete against Celtic every year for trophies.

And this is what I, as a neutral, am most looking forward to. The Old Firm Derby is legendary, perhaps the most aggressive in world football, divided over centuries old antagonisms between the Catholic (Celtic) and Protestant (Rangers) sides of Glasgow. At its best, it is a terrific watch, and this is something that has been missing in recent years. For Celtic, this is undoubtedly a blip, and they will return to face Rangers on a level playing field once again.

When fans return, they will be reacquainted with the Old Firm as it should be: two sides, equal in terms of quality, and neck-and-neck for the title, stretching every sinew to beat the other to the line, with, most importantly, a baying, passionate crowd, doing everything possible to help them get there.