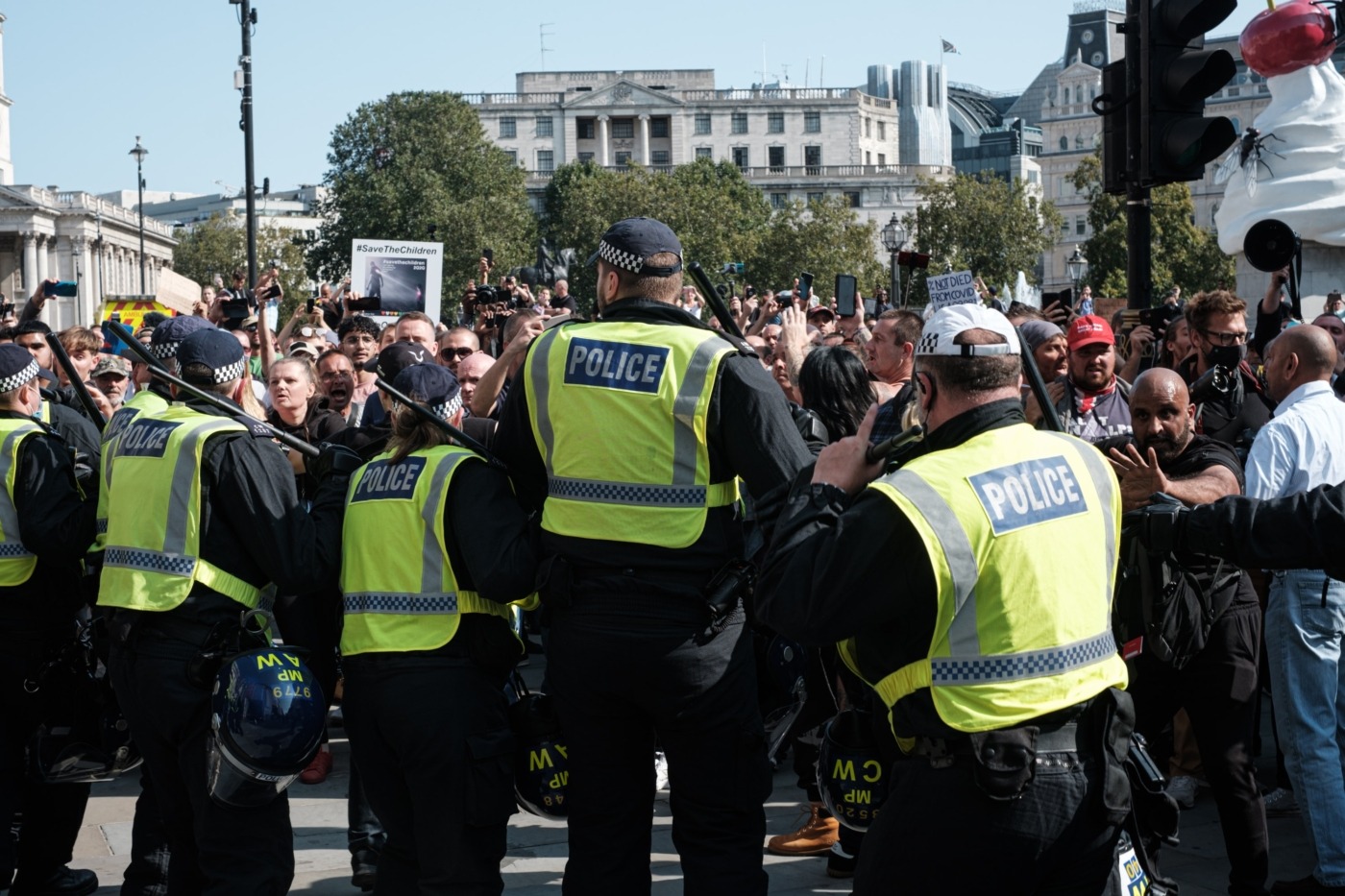 Who will police the police?

Lisa Simpson said it best: “If you’re the police, who will police the police?” Following the Sarah Everard vigil in Clapham, and the heavy handed police response that followed, a spotlight has once again been shone on the police in this country. However, rather than the reforms it desperately needs, Priti Patel and the Conservative Party are set to pass a bill which gives even more draconian powers to the police service.

The incidents at Sarah Everard’s vigil were a perfect summarisation of the police in this country. It doesn’t take a genius to realise that at the vigil of a woman who was murdered by a police officer, heavy police present wasn’t exactly what was needed. During the daytime the vigil went smoothly, peaceful enough that even Kate Middleton (who was maskless) was able to make a visit. One can make their own assumptions to why police present wasn’t as heavy-handed during the light while a royal was attending.

Following the setting of the sun, the vigil-come-protest started to take a turn for the worse. Peaceful up until when the police intervened – as is always the case – police officers began to assault and pin down protestors with officers ignoring a woman’s complaint of sexual harassment. From ‘protecting and serving’, to disregarding a report of sexual harassment at the vigil of a woman murdered by the police in order to protect a statue of Winston Churchill: a racist, sexist, bigoted man. Nothing quite sums up the police in this country more than the protection of property above the rights of individuals.

The actions in Clapham were not an isolated incident. Police brutality has occurred since the creation of the service. The ‘All Cops Are Bastards’ (ACAB) political slogan originated in Newcastle, and while the events in Clapham have highlighted the true nature of the police to many, it has been the lived experience of too many in this country means that they do not need to go on Twitter to distrust the police. Striking workers, ethnic minorities, football fans, protestors, women, the police force do not care about your wellbeing. The historical background of the police has been to protect property. They are a tool of the state and hold a monopoly on power. As one of the protestors in Clapham’s shirt read, ‘abuse of power comes as no surprise’.

Cressida Dick has come under fire following the events of Clapham, however she will never resign following this controversy. Why? Because her career has been defined from it. A system where someone can take charge of the largest police force in the country following heading up the operation in charge of shooting dead an innocent man – Jean Charles de Menezes – and face no repercussions, is a broken system.

Accountability is not a present feature in the police force in this country. The government not only does not care about police brutality, it encourages it. Priti Patel’s recent crime bill – which looks set to pass at time of writing – will now give police powers to effectively shut down any protest they see fit, with the maximum punishment for someone peacefully protesting being up to 10 years in jail. The spycops bill, giving British foreign agents near immunity to commit heinous crimes, further shows the attitude the Conservative Party has towards the accountability the policing and security forces in this country should face. With an opposition being led by a man scared to oppose either, it seems as if we are not slipping into fascism in this country – but accelerating towards it.

The police are not your friend. They are the friend of the government and the protectors of property. They are an unaccountable group who claim the monopoly of violence. Not only do we need to oppose Priti Patel and the Conservative’s massively authoritarian plans, but we need to start to hold the biggest mafia in this country accountable for their actions.