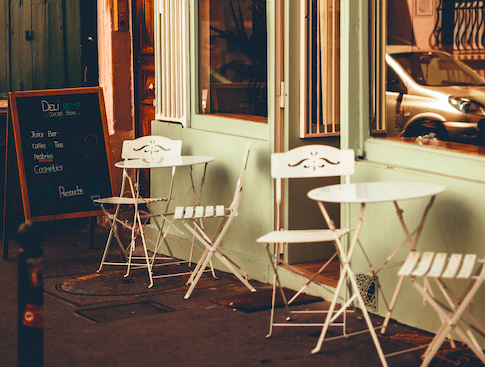 Missing the small things in life

It’s hard to imagine, as we get into a year of lockdown restrictions and a year of living under a pandemic that has changed our lives together, just how much has changed since this time last year. The halcyon days of my first year at Warwick feel at once as if they were last week and last decade.

I suppose that’s one of the first things I’ve missed over this year – having a marginally better perception of the passage of time. After a long string of endlessly evolving lockdowns, cancelled events and far too many opportunities for introspection, it’s finally looking like there’s a light at the end of the tunnel and I’m tentatively letting myself think about what I’ll do when things start to go back to ‘normal’.

Much like everybody else in the world, I’ve missed out on a lot of my favourite things over lockdown, but some of the things I’ve found myself mourning the loss of have been less expected than others.

This year has robbed us of spontaneity

This year has robbed us of spontaneity, and I’m very much looking forward to having social interactions that aren’t conducted over some energy-sapping video platform or planned so meticulously that they’re more stressful than fun. A brisk walk in sub-zero temperatures that you have to categorise as ‘exercise’ rather than ‘socialising’ for fear that the police might swoop down on you at any second isn’t my preferred way of seeing friends.

Like many Londoners, I might complain about the public transport system but I’m also ready to defend it to the very end. Sure, the bus is always late, the Tube’s overcrowded and the ticket costs are borderline cruel at this point, but what I’d give to be hopping onto the Central Line right now. Freedom to travel beyond my immediate surroundings is something that’s been painfully out of reach for the past few months, with the tightened restrictions of the winter lockdown.

I’ve even found myself reminiscing about the uncomfortably sticky train journeys of last summer, not even the infamous lack of air conditioning is a deterrent at this point. I can’t wait to be able to go to my favourite places in the city again, rather than pacing the same streets day after day. Don’t get me wrong, I love my area, but at this point, I’ve walked down the high street so many times that I think my shoe prints are ingrained into the pavement.

I think that over the last year we’ve all spent a lot of time in our heads, contemplating what we would be doing if we weren’t trapped inside. It’s almost overwhelming that now the fantasising might have something tangible to it – there’s at least some sort of hope that we will be able to do things we want to again.

Something I’ve really missed has been the act of fantasising about things in itself. With restrictions going on and on, it’s felt a little pointless to even consider what I’d rather be doing. There’s something masochistic about dwelling on what you can’t do, especially while there was no easing of lockdown in sight.

Now, I’m letting myself imagine a future that’s a least a little freer, and that act alone is something I’ve missed. Now I can fantasise about late-night adventures, falling in love with someone in a bookshop, or even just summer days spent with friends. Imagining a more ‘normal’ future is finally something I can do again, without just feeling sad.

I’m keeping my fingers crossed that soon I’ll be able to get back to all the fairly mundane joys that I’ve missed so much over the last year. Although my faith in the government’s plans may be tentative to say the least, I’m just hoping that we can all enjoy a somewhat more normal life in the coming months. Seeing my friends, taking trips on the Tube and hanging out in cafes shouldn’t be too much to ask for. 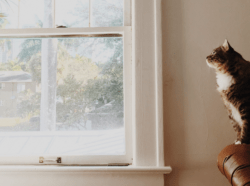 Clinically Extremely Vulnerable: my experience of shielding during the pandemic