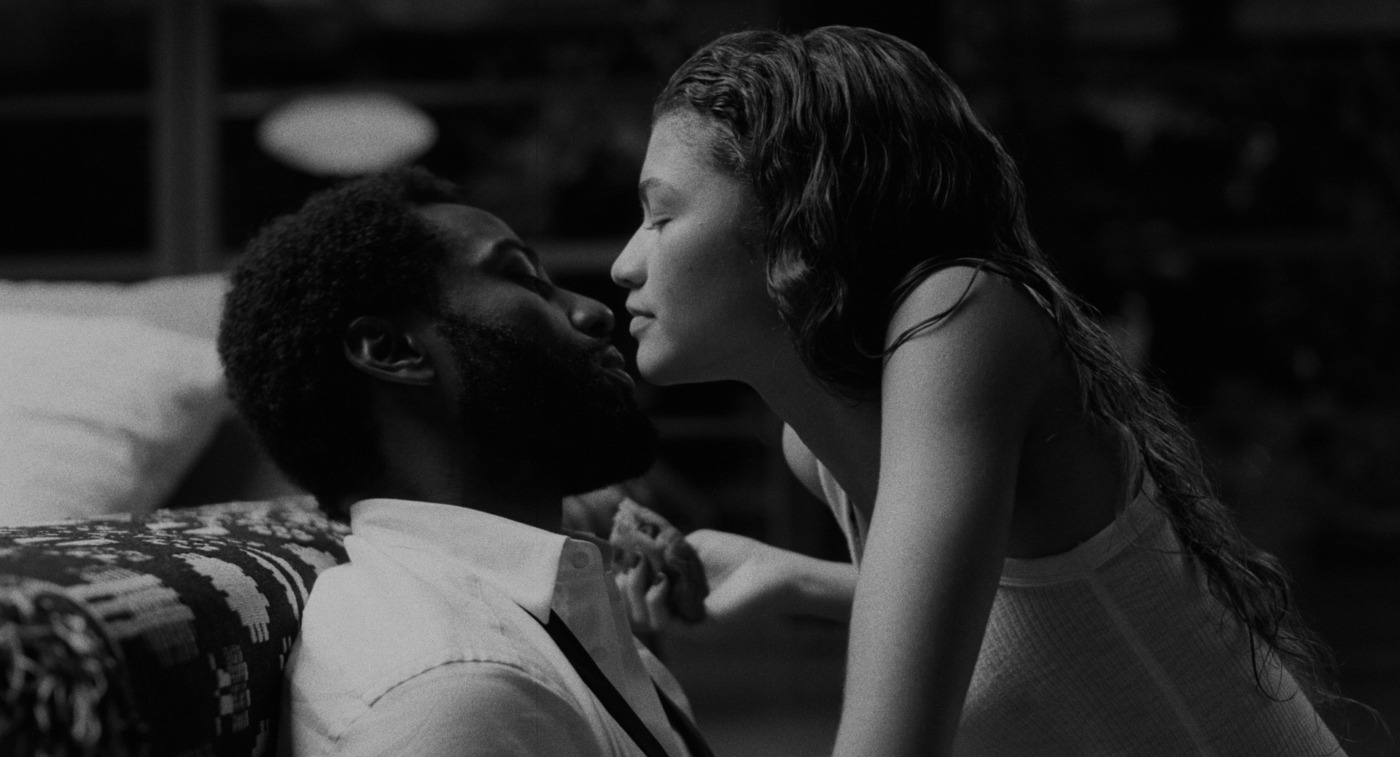 How do you make a film during a pandemic? Sam Levinson answers with his newest project Malcolm & Marie. Shot in June of 2020 over a period of 14 days with a crew of just 22 people, Levinson and his team were under strict guidelines when directing and producing the film. Malcolm & Marie takes place in a single location, an estate in the Hollywood Hills, and depicts an evening in with a couple following the husband’s movie premiere. The hour and a half running time is spent watching the couple argue, laugh, argue, eat mac and cheese and argue some more. Levinson has received a mix of ranging reviews and critiques for the film with seemingly everyone disagreeing on whether or not there is any substance or meaning to its content.

Before addressing anything else, I have to talk about the incredible performances. Both Zendaya and John David Washington do an immensely good job of pulling you in to examine two ultimately unlikeable characters. The talent laced in the various dialogue-heavy arguments and monologues provide the most enjoyable aspect of the film and entice you to stick with it in spite of its lack of action. It is by far the best role I have ever seen Zendaya in and provides promise and anticipation for her career in more adult roles going forward.

Cinematically, Malcolm & Marie is beautiful. Marcell Rév’s use of black and white film accompanied by a low jazz score enables a rich lasting tension that keeps us simultaneously calm and unsteady.

So, if the performances are amazing and the cinematography is captivating, why are critics so unsatisfied? I think it ultimately comes down to the fact that the film feels somewhat pretentious in parts. Some of the dialogue appears unnatural, bulked out with hyperbolic language and snobbish remarks and the reflexive discussions on filmmaking and film criticism feel like a side commentary that takes up too much time.

There is an obvious irony here of critics not responding well to a film that spends a great deal of time critiquing them but there is something to be said of the way in which Levinson chooses to occupy his script. It does feel as though he is using his characters to voice his own grievances and disagreements with the industry. The Independent were quick to point out that he uses “ventriloquism to pre-emptively justify his right, as a white director, to make films about the experiences of Black Americans” in one monologue from Malcolm in which he claims that Barry Jenkins’ heterosexuality is what made Moonlight so universal.

Putting the commentary on the film industry to the side and focusing on the real root of this film, the emotionally manipulative and abusive relationship between Malcolm and Marie is what makes it worthy to me of a higher rating and critical acclaim. Some may argue that the arguments that unfold are repetitive, boring, or pointless but that is exactly how these relationships play out.

Malcolm and Marie find themselves trapped in the never-ending anger and frustrations of a ‘toxic relationship’. Their arguments go in circles and there appears to be no end or compromise in sight with a new issue arising after every brief settlement. Throughout the film, they tinker on the boarder of, as the use of Outkast’s ‘Liberation’ in the end credits exemplifies, the “fine line between love and hate.” We have seen this before: the classic depiction of an intense unhealthy heterosexual marriage from Revolutionary Road to Marriage Story.

In a way, without the restrictions of the pandemic, Malcolm & Marie would risk becoming too repetitive and similar to these films. Malcolm & Marie is able to stand out due to its singular location and lack of straying plotlines enabling a more focused character study and exploration of the human condition.

The end of the film comes full circle. Their argument rises from Marie’s disappointment in not being thanked by Malcolm in his speech and ends with her monologue of what the thank you should have sounded like. Everything that has been said in between is shown to have diverged from this argument in attempts to simply hurt each other.

Like every obnoxious film student, I like to think that if I was the director, I would have been able to do something differently to better the film and in this case, I wish the end had come just a few minutes earlier. The shot of Marie walking off-screen towards Malcolm standing near the door would have been, in my opinion, a great way to end the film. The question of whether she walked out the door or went directly to him would add ambiguity but also emphasise that the answer does not matter as we can assume from the nature of their relationship that this will not be their last argument and there can thus be no definite conclusion. However, the end wide shot framing the characters outside through the bedroom window is beautiful, so maybe I should just leave this one to Levinson.

Malcolm & Marie is not perfect, but it is worth a watch. The exploration of the intricacies of this simultaneously fragile but passionate relationship provides a fascinating viewing experience for anyone who is interested in psychoanalysis, character study or just enjoys watching two actors killing it in their performances.