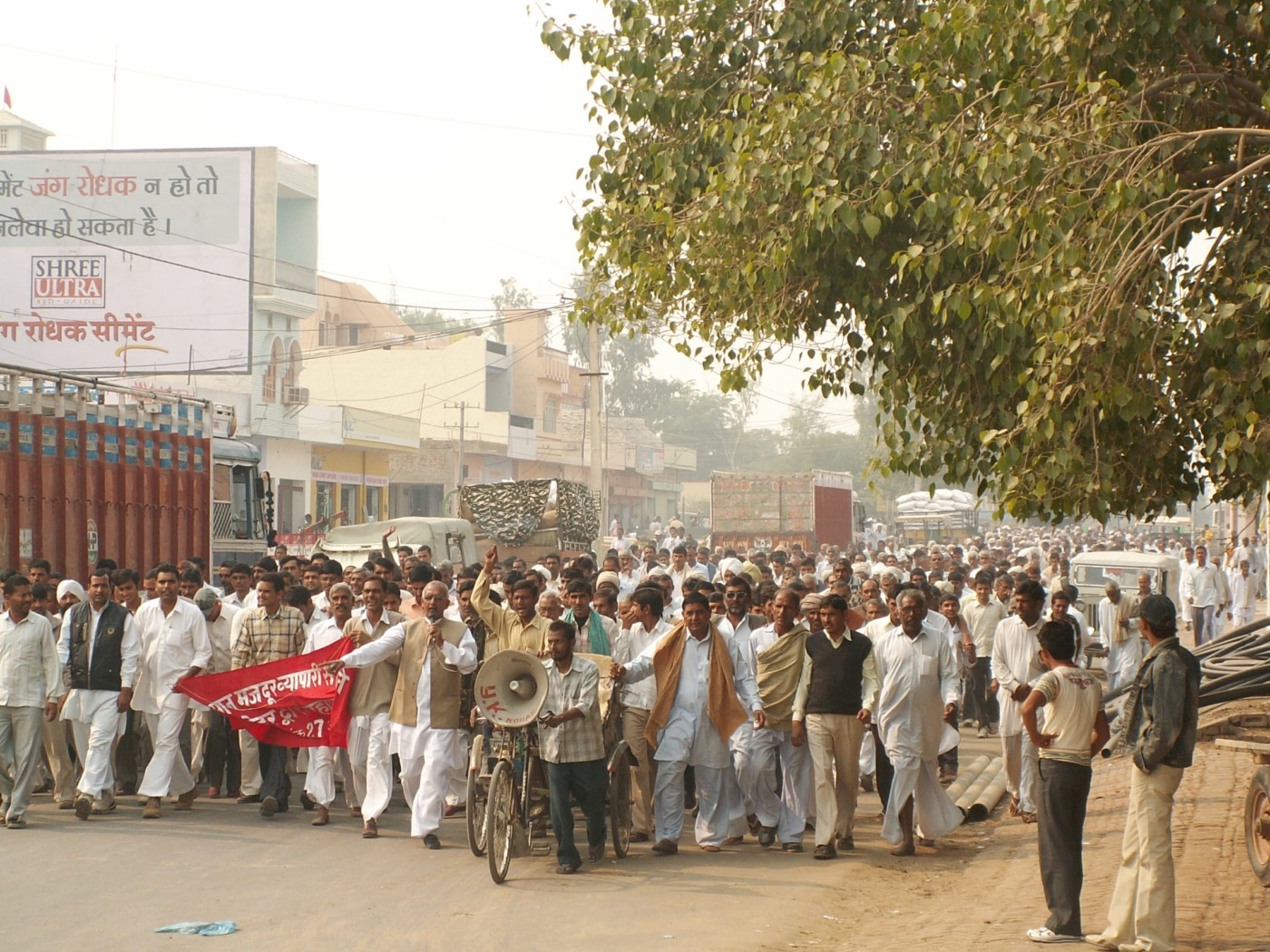 Farmers in India have been protesting since September, after the government passed three agricultural bills that prioritize corporate interests. Many feel that those in power have overlooked much of the Indian population, in which 60% work in agriculture. These events have sparked a wider conversation about workers rights and overall labor regulations, and the recent clampdown of the government on protestors has turned bloody, raising questions on an international scale about human rights violations.

So what do these bills consist of and why have they caused so much controversy? The three bills decrease trade regulations on farmers’ goods, allow for online and interstate trading, enable farmers and buyers to enact exclusive contracts, and limit the government’s ability to regulate the supply of essential commodities.

This  led to an organised movement which took place on 23 November where protesters around India began marching towards Delhi, what is known as the ‘Kissan Ekta Morcha’, which translates to the ‘United Farmers Protest’. The movement was initially perceived as terrorist activity by right-wing nationalists (Hindutva RSS). However, Kissan’s aim is to voice anger against the government, and to repeal the three acts.

Minimum Support Price (MSP) is essentially a minimum wage for farmers. Without this, there is no guarantee that farmers will have an income. Furthermore, considering the nature of the agricultural industry where crop yields have been volatile, the denial of MSP affects the livelihoods of these farmers. This protest is about fighting for basic farming rights. This initiative was set out by the government without consultation with farmers. The state continues to turn a blind eye towards the various implications of the ‘expansion’ of the farming industry. This makes the bills counterproductive as they put international market gain ahead of the quality of life of much of those in India.

But, the state seems to be undermining the legitimacy of the farmer’s motives. This concern came about after the proposed bills went back on the promise Prime Minister Narendra Modi made in 2014, stating that farmers’ income would double by 2022 and that he would never scrap MSP.

The National Crime Records Bureau of India reported that a total of 296,438 Indian farmers had committed suicide since 1995

The nature of the agricultural industry in India has been relatively unstable for over a decade due to a lack of state support. Additionally, there have regularly been harvests of low yield since the 1980s. More farmers have had to bear the brunt of low crop yields which has led to a surge in farmer suicides.  The National Crime Records Bureau of India reported that a total of 296,438 Indian farmers had committed suicide since 1995. This movement is evident of the suffering farmers have been facing.

The introduction of these laws only increases the longevity of this issue as farmers are being exposed to further exploitation. Some have even argued that this is a breach of Article 2 of the European Convention on Human Rights, which enshrines the right to life.

To add fuel to the fire, the government’s reaction to the protests has turned bloody, and has raised questions about human rights violations.

The state monopoly has used the power of the army and police in order to suppress descent.

While the actions of state officials are not categorised as violence which would otherwise be deemed as illegitimate, they are considered as ‘legal force’. Resistance by civilians on the other hand is deemed illegitimate and is met with punishment. During the Kissan rally, peaceful protestors in India were met with unprovoked backlash by the police. They  were targeted with tear gas, water cannons and were even restrained.

Farmers have set up camp in and around Delhi, most of them coming from North India. They have travelled over 300 kilometres to amplify their voices for this cause. These protestors have been marginalised deprived of basic essentials by the state where police are preventing water tankers from reaching protesting farmers. Despite this, the protestors remain firm in fighting the barriers of oppression.

But what has been most impactful is the case of Navreet Singh who was murdered at the protests in Delhi. UK-based pathologists are suggesting that the cause of death was a gunshot wound, likely sustained in a clash with police at the protest site. The police deny this accusation, arguing that his death was caused by head injuries from a tractor accident.

A further violation of basic human rights is the instance of Nodeep Kaur.  Nodeep has been detained without bail for over 30 days where false accusations have been made to justify her imprisonment. She has been subject to sexual assault and tortured by the police whilst in prison. These are just a few examples of the consequences of peacefully speaking out for the farmers.

Another concern is the increased censorship by the Indian government. Twitter accounts that have been posting about the cruel actions of the state have been silenced. The lack of an international response has been devastating with many fundamental rights being neglected.  Once Rihanna tweeted about the farmers protest, #FarmersProtest  trended on US and UK Twitter for the first time since the protests began. Censorship has been a key tool for the Indian government. Greta Thunberg tweeted a toolkit with links to resources for the protests which has been deleted. Authorities allege this toolkit is part of a smear to campaign in harming India’s image.

Labour MP Tanmanjeet Singh Dhesi recently wrote a letter to the Prime Minister, Boris Johnson regarding these events, calling for the UK government to ensure that the basic rights to protest and protection from unjust harm are enforced in India. As the two governments are heavily associated with one another through trade, this issue should not only be burdened by the South Asian community in the UK.

Warwick Sikh Society is writing about this to educate the wider community on the largest protest in the world. Not only is this a breach of human rights, it should also be noted that much of what we consume originates from Indian produce. India ranks as the second largest producer of rice, wheat, fruit, vegetables and cotton. This constitutes much of what we rely on in the UK. We should therefore feel an obligation to consider the circumstances of the farmers in India.

It is crucial that students in the UK are aware of the issues taking place in India in order to bring awareness to the matter that is right at our doorstep.