Daft Punk is the musical equivalent of David Attenborough. Everyone loves them. By marrying 1970s grooves with pounding electronica, Daft Punk has a distinctive and euphoric style of music that appeals to absolutely everyone. Or at least they did. The iconic masked duo recently announced their split-up, ending a musical partnership that had lasted over 25 years and defined the sound of 21st century electronic dance music. Despite Daft Punk’s split, we still have good cause to expect quality future music from Thomas Bangalter and Guy-Manuel de Homem-Christo. Before we discuss what may come next for both artists, let’s quickly remember the music that brought them mass appeal, starting with their legendary 2001 album: Discovery.

Discovery is easily the most universally loved house album of all time. The standout track, ‘One More Time’, is so familiar, so warm, and so insatiably energetic, that you feel like you’ve known it since before you were born. I can think of no other song ever recorded that can unite everyone that I know together in a head-thrashing bout of pure appreciation, fun and energy. It’s a truly immortal tune, but luckily it doesn’t eclipse the rest of the album. Diverse and compelling instrumental tracks like ‘Veridis Quo’ and ‘Aerodynamic’ stand side-by-side with the irresistible funk of songs like ‘Face to Face’ and ‘Harder, Better, Faster, Stronger’, the latter of which was memorably sampled by Kanye West on ‘Stronger’.

Apart from ‘One More Time’, the real highlight of the album is the romantic electro-pop magic of ‘Digital Love’, a song that just seems to shake and pulsate with the warmth and excitement of a passionate crush. My very first iPod had about 20 songs on it, including ‘Digital Love’. I must have listened to it over a thousand times.

Let’s not forget that Discovery is perhaps the only album to have ever spawned an anime film. The iconic music videos for the album’s singles are all part of the album-length film Interstella 5555. It was produced by Toei, the same company that made Sailor Moon and the 1980s Transformers series. I was introduced to it about six years ago by my friend Kane and I’ve treasured it ever since, as much for its wonderfully weird sci-fi creativity as the memories it sparks of listening to Daft Punk on the school bus with Kane when we were both 15.

After Discovery, Daft Punk released Human After All, an album that included the crushing techno of ‘Robot Rock’ and the Bop It! style staple track ‘Technologic’. 2013 saw the release of Random Access Memories, the final Daft punk album and their only UK number 1 LP, which boasted the gigantic hit single ‘Get Lucky’. In the summer of 2013, all sentient life on Earth must have heard ‘Get Lucky’ at least 70 times. I cannot see how that statement isn’t true. Co-written by Chic guitarist Nile Rodgers and featuring Pharrell Williams on lead vocals, the hit single is a truly perfect synthesis of 70s disco and laidback 21st century electronica.

Not to be forgotten in Daft Punk’s discography is their superb live album Alive 2007. Mashing up a whole host of the group’s back catalogue into earth-shattering explosions of music, this album is completely original and not to be missed by any fan of great electronic music. Every song bursts with greatness, but one track stands above all others: the superlative combination of ‘Around the World / Harder, Better, Faster, Stronger’. Though both tracks are wonderful in their own right, this mashup elevates them far beyond the sum of their parts. Listening to the intense final minute of this mix is a religious experience.

Reminiscing about the duo’s glorious catalogue of classics may make us feel sad about the break-up, but it shouldn’t. If Bangalter and de Homem-Christo’s record of work outside Daft Punk is anything to go by, these legends of French house will be behind more great music in the future. The duo’s most undersung triumph may well be their unbelievably impressive songwriting and production job on four of the very best tracks on Yeezus, the only album that rivals My Beautiful Dark Twisted Fantasy for the title of Kanye West’s best. The jagged and violent wall of electronica that rips apart your eardrums on album opener ‘On Sight’ is the product of Bangalter and de Homem-Christo’s perfect ear for production. It’s hard to believe that the chilled-out throwback groove of Random Access Memories was released in the same year. ‘Get Lucky’ and ‘Black Skinhead’ are polar opposite songs united only by their insatiably good production and their power to set a dance floor on fire. Taking this into consideration, only Daft Punk could have been behind both.

Bangalter has a formidable history in his own right, having been a member of the short-lived band, Stardust. For a group that only released one song, their 1998 single ‘Music Sounds Better With You’ is a definitive track to be remembered by. It’s sure to be familiar to anyone who’s ever played Grand Theft Auto V but, to me, this underrated dance track was a staple tune of my childhood summers and it still never fails to put a smile on my face. Bangalter’s other production credits include four tracks on Arcade Fire’s 2017 synth-filled album Everything Now, including the title track and the choice deep cut ‘Electric Blue’. Not to be forgotten is de Homem-Christo, whose work outside Daft Punk is just as significant, including a songwriting and production credit for the Kavinsky song ‘Nightcall’, famous for being something of a theme for the 2011 film Drive (it’s far better than the film it’s attached to).

We’re lucky enough not just to have Daft Punk’s unparalleled discography but a whole library of other music that the robotic duo has shaped into iconic modern classics. If Bangalter and de Homem-Christo continue to write and produce, more fantastic music is sure to be on its way. 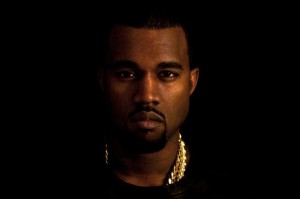