Manchester City will face Bayern Munich or Paris Saint-Germain if they progress to the Champions League semi-finals. On the other side of the draw, Liverpool could meet Chelsea in the final four if both sides survive their Champions League quarter-final ties.

Manchester City will face Borussia Dortmund in the quarter-final of the UEFA Champions League. The Citizens eliminated Borussia Monchengladbach in the previous round and are now considered one of the favourites to win the competition.

Chelsea were drawn to face Porto in the last eight, while Liverpool – who beat RB Leipzig in the round of sixteen – face Real Madrid in the quarter-finals.

The remaining quarter-final tie will be a repeat of last season’s final between Bayern Munich and Paris Saint-Germain.

The tournament’s semi-final pairs were also drawn, with the winner of the Real Madrid v Liverpool tie facing Porto or Chelsea in the next round. Manchester City or Dortmund will face Bayern Munich or PSG on the other side of the bracket.

“The numbers speak for themselves,” said City boss Guardiola on Haaland. “He is one of the best strikers in the world right now at his age.

“I know the quality of this player, I think everybody knows.”

When asked about speculation linking the Citizens to Haaland, Guardiola added: “He’s a player for Dortmund, I don’t like it when people talk about our players, you understand I cannot answer this question.”

Dortmund are fifth in the Bundesliga after sacking manager Lucien Favre in December. Former West Ham assistant manager Edin Terzic was chosen to lead Dortmund until the end of the season, with Marco Rose lined-up for the 2021/22 campaign.

Chelsea have faced Porto eight times, winning five and losing two. Thomas Tuchel quashed suggestions that his side are clear favourites, pointing to Porto’s victory over Juventus in the previous round.

We are self-confident and that is strongly connected with our performances.

“Clearly, many people will maybe make us favourites against Porto but that will not help us,” said Chelsea boss Thomas Tuchel. “You can ask in Turin if that helps you to be favourites.

“We are self-confident and that is strongly connected with our performances.

“We are confident that we face a strong opponent and face them with respect, but now we are in the quarter-final we think about how to win it.”

Liverpool manager Jurgen Klopp told reporters that he is excited to see his side battle against old foes Real Madrid.

“It’s exciting, exciting,” Klopp said. “It’s obviously a tough draw but I am fine with it because if you look at all the other teams you think, ‘Oh my god’ because they are all strong and all have quality, that’s clear. I am really looking forward to the games.

“It’s only just over two years ago that we faced them and it was a tough night for us, so to get the chance to play them again is cool.

“I know it’s a different round and whatever and we don’t know where we will play and stuff like this, but that’s all OK. If it will be Budapest, that’s fine. We are fine with that. The home game maybe hopefully at Anfield, that would be great as well.” 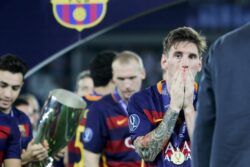 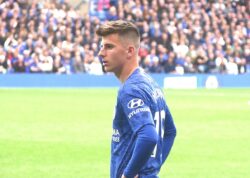